The area between music and sound design is one worth exploring.

Sound design and music have traditionally inhabited two separate domains, whether in films, computer-game soundtracks or other multimedia experiences. Sound design usually serves to place the audience in a particular setting or world — characters’ voices, ambient soundscapes, stylised effects and tactile Foley create a version of reality in which we are immersed — while the musical score sits apart. It instead provides us with emotional cues and a sense of narrative space and cohesion. These two worlds of the diegetic and non-diegetic happily co-exist, but rarely interact on any advanced level. However, there is an in increasing trend towards a greater synergy of these two disciplines, and the creative benefits of a holistic approach to the soundtrack are becoming ever-more apparent. 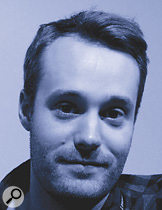 A degree of saturation is inevitable in any artistic discipline. When a particular approach or stylistic method becomes the norm it can be difficult to move away from it for fear of alienating an audience, or seeming to misunderstand the established paradigm. But this can lead to a creatively stifling environment where adherence to current practice trumps innovation and originality.

The constant presence of music, for example, can have an anaesthetising effect, leaving the audience immune to emotional subtleties. We recognise ‘threatening’ music as being threatening, without necessarily having any visceral reaction to it. We have, perhaps subliminally, come to expect that the sound design will tether us to a version of reality without ever questioning the reality in which we are ensconced. But by confounding these expectations and readdressing the form and function of the elements of the soundtrack, a whole new palette of sonic possibilities and narrative potential becomes available to us.

David Lynch’s Lost Highway serves as a perfect of example of this kind of integration. Rather than relying on well-worn musical tropes to create tension and atmosphere, Lynch employs a range of techniques to blur the lines between the musical soundtrack and the ambient world of the film. He noted that, “There are sound effects, there are abstract sound effects; there’s music and there’s abstract music. And somewhere music turns into sounds, and sounds turn into music. It’s kind of a strange area.”

Ridley Scott’s Black Hawk Down also serves as a good example of what can be achieved with a holistic approach to the soundtrack: helicopter blades thrum in synchronisation with musical rhythms; trucks whizz by perfectly tuned to the backing track; birds tweet in complex polyrhythms to complement underlying percussive motifs. This integration serves to create a richly textured and layered soundscape, and a wholly immersive soundtrack experience.

The move towards greater interplay between and integration of the two disciplines should be seen as a positive one. I’ve been fortunate over the past few years to be involved with projects where I’ve had creative control of both the sound design and music. It can be tempting to resort to habit and cliché, especially when time is short and deadlines loom. But having the opportunity to consider the soundtrack as a whole, rather than focussing on individual elements, can compel us to think in fresh ways about the sonic worlds we create and how they relate to the narrative direction of the project.

In an industry that is ever-evolving, versatility is key for the creative professional. The ease with which recorded audio and synthesized and sampled sounds can be manipulated allows even the most modestly equipped producer to experiment and explore new sonic domains with the tweaking of just a few parameters. Developments in technology have facilitated the blurring of lines between what would traditionally be classified as sound design and music.

For composers and sound designers from all disciplines, an increasing awareness of the soundtrack as a whole, rather than its disparate elements, can offer us a chance to increase our creativity and keep our work original and compelling. The area where sound design meets music is kind of strange, but it’s one well worth exploring.

Howard Carter is a composer, sound designer and music producer. He has written for films, audiobooks and video games, and has more plug-ins than he knows what to do with.