Ambition can be a mixed blessing, a double–edged sword, a poisoned chalice, a curate’s egg... Take the preceding sentence, for example, in which I tried to come up with a long list of idioms to describe a thing (ambition, in this case) that can have both good and bad qualities. I ran out of steam at four, which makes the attempt look a little feeble: I was being too ambitious. If I’d stopped at one, like a normal person, I’d have made my point and been able to move on to actually reviewing some music, but as it is I’ve waffled on about swords, chalices and eggs, and got myself into a bit of a pickle... 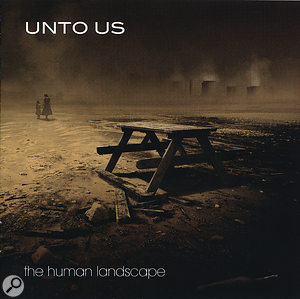 Where was I? Oh yes, ambition. If there’s one word that sums up the unapologetically prog album The Human Landscape, it’s ambition. The record’s creator, Leopold Blue–Sky, apparently took three years over its recording, and it shows. The arrangements are complex, the lyrics tackle big, universal themes about the human condition and such, and the instrumentation is diverse: strings, synths, pianos and a harp all join the usual band suspects of guitar, bass and drums. There’s reverb and delay a–plenty, and guitar and synth solos that could reasonably be described as ‘soaring’.

There’s always a danger, though, when making ‘big’, epic music, that the ambition exceeds the ability to pull it off, but happily that’s not the case here: those three years spent in the studio have paid off, so that the recording is equal to the material, and both have clearly been laboured over.

In fact, and if I’m being totally honest with myself, this ambitious album has been executed rather better than my ambitious review of it... But then again, it didn’t take me three years to write. Chris Korff

It seems to me that there’s not much breakbeat around these days. Or maybe there is, but I just haven’t heard it since I stopped going to Fabric. Either way, we certainly don’t get sent much of the stuff, which is a shame as, when done well, it can be very good indeed. 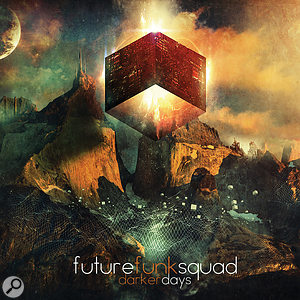 And so it is with Future Funk Squad’s Darker Days. It’s definitely on the harder side of things (remember when we used to say a track was ‘dark’ if it had a sawtooth bassline?), but there are some good lead lines and melodic elements that work well in the more abrasive tracks — in its mellower moments, Darker Days even recalls Layo & Bushwacka’s classic Night Works, which is a decidedly ‘chilled’ affair.

The highlight of the album, for me, is ‘Cold Matter’, a brutal tune (a ‘stomper’ in breakbeat vernacular) which nonetheless manages to incorporate some moody atmospheric piano and synth parts, to devastating effect. Chris Korff

There’s a somewhat contrived air of mystery around Jeremy Govero’s 10–track CD. Deliberately slight at 22 minutes, it works very hard to sustain a lo–fi mood that will, I suspect, infuriate as many listeners as it enraptures.

Though, for the most part, recognisably blues–based, Govero’s compositions are sparse and oblique. Vocals appear infrequently, and when they do, are buried or distorted to the point of unintelligibility. Rarely is any instrument permitted to appear in a clean and natural representation; instead, we are treated to waves of amplified banjo and bit–crushed percussion, overlaid with two–bit reverbs and backwards samples. To my ears, it’s a bit lacking in top end and a bit thick in the lower mid–range, but hey, it’s not supposed to sound pristine. 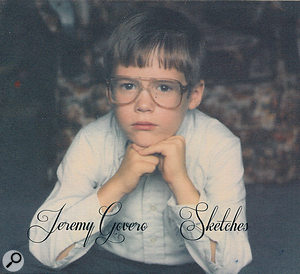 There is a sense in which all of this willful sonic experimentation works well: Govero has applied his aesthetic in a careful, even laborious fashion, ensuring a sound that is consistent throughout the CD, and undeniably atmospheric. But ultimately, I’m not persuaded that the deliberate anti–production has made for a better listening experience. There are some producers who are able to carry off this approach in a way that serves the material, but it’s not easy — and here, the recording style too often obscures the songs rather than enhancing them. Sam Inglis