For the love of music, put the smartphone away.

If you’re a gig–goer, you might have noticed an unpleasant trend in recent years. As the live music sector has grown, so too has the prevalence of a couple of particularly aggravating audience types: Team Selfie and the iPhone Videographers. 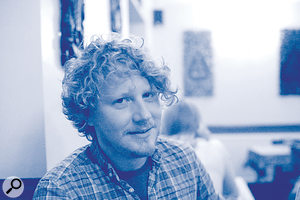 You’ve paid handsomely for your ticket, and finally find yourself at the venue. The support act starts playing. A few people are talking, but it’s to be expected. There are a few voices that are rather louder than the others. They don’t look like they go to a lot of gigs. They are, of course, the uninitiated. They are the ones who streamed the headline act’s latest and most popular album. They are here in force and, if you let them, they’re going to ruin your night.

They’re taking pictures while the support act plays, and not the way pictures are supposed to be taken. They aren’t pointing the camera at the act. They aren’t even honouring the tradition of grudgingly allowing one over–eager friend to document the grimaces of the rest while they dick around and drink at the bar. They have instead turned their backs to the performer in a spectacular act of rudeness, and pointed the camera at themselves while the support act is relegated to the top corner of their preview screen. They throw up peace signs the wrong way round, tense their biceps, pop hips, prepare uninterested looks or pout. As a photo is taken, the poses freeze. Each subject ensures that their most Vesuvian pustules are rotated away from the lens, that double chins are disguised and that any sense of what they really look like is eradicated.

Heads down, and with faces uplit by the blue glow of their screens, they proceed to ignore the rest of the set while they add filters and captions. They present each other with the highly stylised results, seeking validation. One snatches a phone from another, deleting any photo that reveals the full extent of a bulbous forehead or weedy arm. Photos are retaken, re–filtered and re–captioned. One assumes the captions read: “The team hits the show, like Breezy hits Riheezy #whoisthatwiththeguitar #teamgoals #giggidygig #lolz”.

Finally, they look up to witness the support act leave the stage, and the muted hand–on–arm clapping begins. It’s difficult to muster a full round of applause when clinging to a smartphone.

As the virtual comments roll in, Team Selfie remain glued to their respective devices. That is until the headline act appears on the stage. The whooping begins, and it is plentiful.

Once the din subsides and we embark upon the main act’s first song, there is a brief moment of calm. The phones have all but disappeared. The band’s harmonies are rich and pleasing. Their rapport with the audience is slick but still sincere enough to be endearing. I actually love this band.

Then they play their latest single. Immediately there’s a sea of arms stretched up above head height. It would be acceptable if they were holding lighters. They’re not. The smartphones are out again and this time they’re shooting video.

I understand why you’d want to capture an incredible performance — it’s the reason many of us got into recording — but using the camera and built–in mic on a smartphone is pointless. They don’t even have the specialist accessories you’d need to make a decent go of it. The final output of these lazy iPhone Videographers will be shaky and portrait–orientated, while the audio will be little more than cringe–inducing distortion. Mercifully, 90 percent of it won’t be viewed again, let alone inflicted on social media. In filming on a smartphone not only do these people manage to forget to enjoy the experience, they also miss the musical intention and intensity of the artist. If you like music at all, this is a big reason for attending a gig in the first place. The iPhone Videographers aren’t the only ones being distracted from the show, though. I too am forced to watch the performance through a five–inch screen, because it’s right in front of my face.

I realise that for artists, having fans posting about you is really important, but if you’re watching a live act and have your phone out for more than 30 seconds at a time, maybe you should ask yourself why you’re really there. Is it for the music? Or is it so you can share it on social media? If it’s the latter, go home.

Will is the SOS News & Video Features Editor. In profile, he looks a lot like Ed Sheeran. His girlfriend and most of YouTube have yet to realise he’s not.