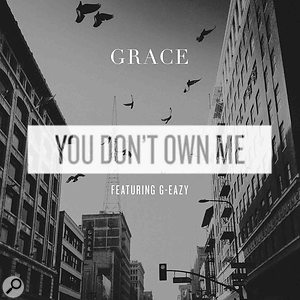 Two things really hit me about this production. Firstly, retriggering and gating of the main Spaghetti Western-style loop really help contribute to that lugubrious 12/8 verse groove. I particularly like the little 16th note before each bar’s second backbeat (most clearly audible during the second bar at 0:06), which adds that streetwise hip-hop limp that so many producers seem to strive for. The hard mutes also frequently highlight interesting moments in G-Eazy’s rap performance, such as on the little “no” call-and-response in the first verse (0:23) and the second verse’s incredulous falsetto “what?” in the second (1:47). Such edits are made all the more jarring because of the heavy reverb within the sample itself — we’re so programmed to hear reverberation decaying naturally that it’s always a jolt when the tail is chopped off short.

The second thing that completely caught me by surprise was the sudden switch to ‘90s power-ballad at 0:50. This is a cracking example of how important context can be in record production. Had the whole song sounded like this, it would have seemed laughably dated. On the other hand, once it’s spliced into the middle of a contemporary-sounding urban production, listeners can instead mentally file it under ‘cutting-edge genre mash-up’, thereby allowing a whole new generation, clear of conscience, to wallow in the same old cheese their parents did. Not that I’m complaining — I have a pretty high fondue threshold and that section boundary constitutes a stonking production hook. That said, even I blanched at the godawful ‘let’s all go up a semitone!’ key change at 2:25. Will that ragged equine corpse never be allowed to decompose in peace? Mike Senior

‘A Bridge Over You’ (Radio Edit) 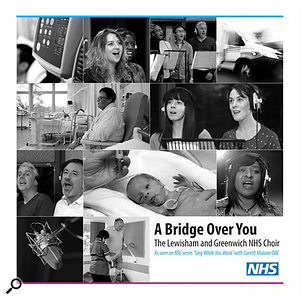 Roaring to the UK’s Christmas number one slot on the back of its feel-good YouTube video and a magnanimous tweet from chart rival Justin Bieber, this mix features something of a depth-perspective role reversal. Although the choir takes the lead role, it nonetheless feels natural to balance the massed singers behind the band instruments, despite the normal commercial preference for up-front vocals. The choral timbre does get a little strident at times, and could perhaps have done with a few decibels less in the 3-4 kHz range when the singers really let rip, such as on “side” at 0:37. I’m also suspicious that the choir tracks were tackled after the band instruments at mixdown, because it feels like too much of the vocal warmth has been dialled out with EQ to accommodate the piano’s opulent low-mid range. If you share my view that the choir, not the piano, should be the star here then it’s a shame those frequencies weren’t divvied up a bit more evenly.

A couple of other little question marks. Firstly, what’s going on when the altos sing their solo phrase “I will lay me down” at 1:12? Although the singing is located on the right-hand side of the stereo image, the preceding breath clearly emanates from the opposite side. The simplest explanation is that some of the women on the left of the choir only just remembered in time that they weren’t supposed to be singing that line, and breathed in without actually singing. Mind you, studio footage from the 2013 Christmas campaign video (featuring the very same song) does show one of the ladies on the left-hand side of the group singing that line, which suggests that technical gremlins might be responsible. Judging by the session pics on the choir’s Facebook page, it appears there was a main Decca Tree rig above the conductor’s head, supplemented by four spot mics spaced fairly evenly across the breadth of the ensemble. If a spot mic had been inadvertently panned in contradiction to the main rig’s stereo image, and had then been faded up just after the breath to rebalance the smaller vocal group against the instruments, that could also have produced such a ping-pong effect.

My other query is why a single male voice suddenly appears to poke out of the ensemble texture at 3:22, on “I will (ease your mind)”. It seems unlikely to be the result of a backroom fader move, as I’d not expect close mics like these (apparently positioned 6-8 feet away) to pull one voice so far out in front of its neighbours. Here’s my theory. The 2013 video also shows Musical Director Peter Mitchell enthusiastically mouthing the lyrics to encourage the singers. It’s actually quite tricky to do this silently in practice, and he certainly wouldn’t be the first choir conductor I’ve heard inadvertently singing along as a result. And the Decca Tree is right above his head, so he’s a lot closer to it than the choir are... Mike Senior 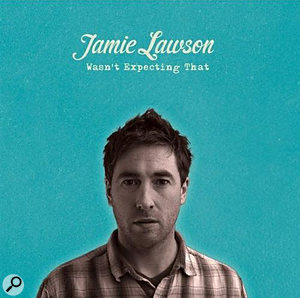 ‘I Wasn’t Expecting That’

Seeing Jamie Lawson performing this song live on the Ellen DeGeneres Show, I noticed that he was playing with a capo on the sixth fret of his acoustic guitar. For those unfamiliar with the device, it’s a mechanical clamp which you can fix to the guitar’s fretboard to transpose your playing upwards — in this instance by a tritone (six semitones). I’m kind of assuming that he used a similar technique while recording, given that the single release is in the same key as that live version, and I think it might account for some of the clarity of this mix. Let me explain.

You see, under normal circumstances there’s an inherent difficulty with trying to capture an intimate close-miked acoustic-guitar sound. If you try to capture any significant amount of the instrument’s air-cavity resonance (its primary source of low-end tonal warmth), you’ll also tend to make a few of the instrument’s very lowest notes boom out unduly, as their fundamental frequencies interact directly with the cavity’s lowest resonant mode (usually in the 90-100 Hz region). This kind of problem crops up frequently in our Mix Rescues, and can be a bit of a fiddle to deal with. Even if you manage to address the unevenness between the different guitar notes you may not be out of the woods, because those low fundamentals can easily cause a muddy-sounding frequency pile-up when combined with other instruments in your mix — especially bass guitar.

The way I think the capo helps in this song is that it removes the deepest guitar-notes from the equation. Not only does this side-step the danger zone for resonance-based unevenness (the lowest fundamental with a sixth-fret capo is around 116Hz), but also leaves plenty of room at the low end for the song’s super-round, mellow bass timbre without the necessity to EQ the guitar channels savagely. Mike Senior 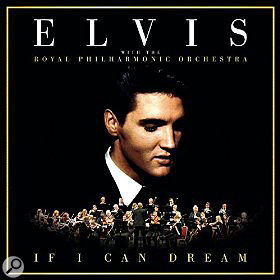 What a gorgeous muted-strings texture this is — everything you’d hope for from a top-flight orchestra captured at Abbey Road by resident über-engineer Peter Cobbin. The subtle ‘ooh’ backing vocals which first arrive at 1:52 are beautifully judged, too, audibly lifting the texture without quite trespassing on the star’s spotlight. Likewise the harp swooping in tastefully at 2:45. In short, the backing texture here is a sonic marvel, as well as a perfect foil for the touch of mid–range hardness (oo-er) and 7-8 kHz crispiness that characterise the lead vocal sound (which seems to have survived any restoration processing commendably unscathed), and the understated zing of the super-gentle acoustic guitar, both of which breeze their way effortlessly through to the ear.

Notwithstanding the technical brilliance, this whole album does leave a sour taste in my mouth. Do we really need Elvis repackaged again? It’s apparently been justified on the grounds that it’s something “he always would have wanted to do”, which ranks a close second behind “because we can, ha ha ha!” in terms of its capacity to greenlight any crackpot scheme that might shift more merchandise. Given that the budget for a single minute of this recording session would likely have bankrolled many an emerging artist’s entire album, it’s pretty tough to see even such a magnificent-sounding folly as this being the best way to burnish the King’s legacy. Mike Senior 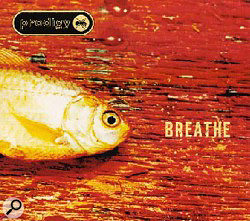 What’s stayed with me from the very first time I heard this track back in the ’90s is the way Liam Howlett layers different transition effects and fills to supply forward momentum (ie. the sense that you’re always heading towards some forthcoming event), despite the dance music’s heavy dependence on loops and repetition, which are essentially fairly static in musical terms. Right from the opening groove you’ve got plenty going on in this regard: the instantly recognisable triplet-garnished live snare fill ramping up from 0:13; a short reverse cymbal ending halfway through beat three of each bar pointing us towards every second backbeat; another pitch-drooping reverse cymbal sliding into the start of the second four-bar section; and a slow brass swell working up to the return of our snare fill at 0:29. Then, when we hit the chorus, you get Maxim Reality and the distorted guitar’s upward string bends pulling the music into each four-bar boundary. On the face of it, this is actually quite a simple idea, but surprisingly few dance producers had thus far realised its potential this effectively.

I’m also a fan of the production’s call-and-response elements, the most obvious being between the vocals of Keith Flint and Maxim Reality, but there are plenty of other aspects of the arrangement that display a similar kind of ‘back and forth’ principle. Take the basic drum pattern’s snare sound, which alternates between two timbres — one was plenty for most artists of the time. Or the grimy cymbal and funky guitar chops that trade licks from opposite sides of the stereo picture during the choruses.

And let’s also not undervalue the quality of the vocal performances. Even divested of the circus-gothic visual trappings, both performers display much more than just distilled punk attitude — there’s real command of the expressive potential of different vocal deliveries too. The first hook-line at 0:43, for instance, see’s Maxim’s squeezed “breathe” dissolving into the breathier “with me” fall-off, and the contrast between Flint’s slowly sinking slo-mo drawl on “come play my game” and Maxim’s frenetic “inhale, inhale, you’re the victim” is also critical to the musical dynamics. (And don’t you just love how the second “inhale” has that kind of crazy vibrato on it?) Mike Senior