Notes From The Deadline: March 2016 Column Skip to main content

Notes From The Deadline: March 2016 Column 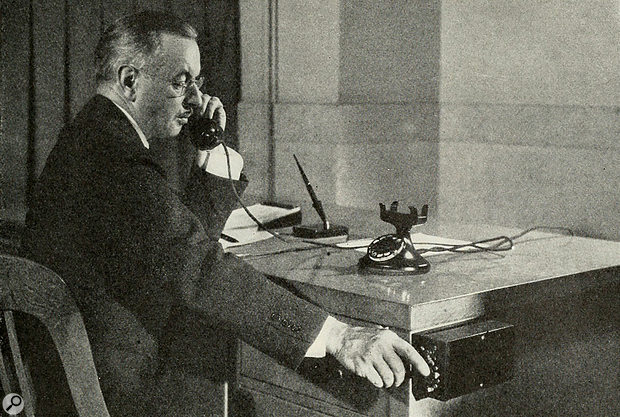 “I have warned you before about using other publishers, Mr Farrer. I fear the time has come for me to teach you a little lesson...”

Choosing the right publisher can make a huge difference to a composer’s career. But is there any choice left?

You Scratch My Back...

For those of you who don’t know, a music publisher is an individual or company you join in partnership with to administer, exploit and collect money owed to you for the use and sales of your music. A typical 50/50 deal sees the composer write the music while the publisher handles the registration of the works with the Performing Rights Society (or international equivalent), making sure the money is flowing to you both and negotiating fees and contracts for the music’s use on adverts, films, games or various other platforms.

The law states that the choice of publisher is entirely up to the creator of the musical work. However, in the real world, most broadcasters and TV/film production companies either have their own publishing companies or contract the job out to one of the bigger publishing houses. When you get a composing job via the TV channel or the production company, they will either gently imply or, increasingly, flat-out demand that you will need to assign publishing to them, or else you won’t get the gig. Depending on who you talk to, this could be described as ‘good business sense’, ‘coercion’ or simply ‘grabbing the knife first’.

Not that the business of music publishing is inherently nasty. Some of my dearest, oldest and most trusted friends in the industry are music publishers. A personal relationship with a good publisher is like gold dust, like having an older brother or sister look out for you. It’s a symbiotic partnership, where each benefits from an air of creativity, support and trust.

Putting The Squeeze On

Unfortunately, as so often happens, big business is squeezing out the smaller guys from the publishing landscape and it’s getting meaner, more corporate and less accountable by the day. Big publishing companies are wielding more and more power as they swallow up smaller publishers along with the rights to the works they publish. These catalogues of works are often very large indeed. Universal Music Publishing Group, for example, administer more than three million copyrights for artists such as U2, Adele, Andrew Lloyd Webber and many, many others. In 2013 Sony/ATV became the world’s largest music publishers when they bought EMI. Co-owned by Sony and the Estate of Michael Jackson, their catalogue includes some of the most valuable music copyrights in the world, generating an estimated $1.3 billion a year.

Although EMI publish a big chunk of my own music, I was on first-name terms with only a couple of people at EMI, and since the Sony takeover, I no longer know a single person there who I could talk to about problems, opportunities or issues with my music. And that’s assuming I could get through to the right person to speak to, because anyone answering the phone in that massive corporate behemoth probably wouldn’t know me from Adam.

The situation was best summed up by Noel Gallagher when he collected his well-deserved Ivor Novello Award for Outstanding Song Collection in 2013. Standing on the stage at London’s Grosvenor House Hotel, he looked around the room at the combined masses of the British music industry, and with the world’s most respected songwriting gong in his hand he said “I’d like to thank my publishers. Whoever they are.”