Sounding Off: Why So Few Women In Audio?

Why are there so few women in record production and sound engineering? An audio technology graduate offers her view.

I think the most insulting line I've heard come from a male producer is this: "Women know nothing about rock & roll.”

And the worst experience? Suggesting an idea, having it rejected, then when a guy suggests exactly the same thing 20 minutes later, everyone loves it. Frustrating? You bet, and it's just one in a string of similar experiences that I have had as a woman starting out in the world of music production. 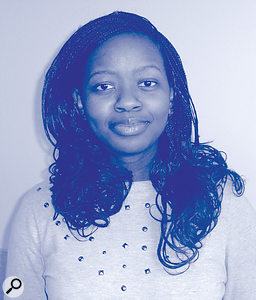 When I was a young girl, all I dreamt about was being a producer, and that's why I studied for a degree in the field I love. I was one of only five girls who graduated from my course and am now one of the few individuals who has chosen to continue to work in the industry.

Ninety-five percent of music producers are male, and although there are female producers achieving great things in music, they are less well-known than their male counterparts. Trina Shoemaker is a Grammy-award winning sound engineer who was interviewed by BBC News for the feature 'Why are female record producers so rare?' On her experience of working in the male-dominated music industry, she said, "A producer has to turn into the person that fits in with the band. If they're a bunch of guys and they're young and they're funny and they tell rude jokes, you have to be a woman who isn't shocked by that and can, as a matter of fact, crush them all with three words.” I can attest to this and have experienced very similar situations. As a woman, it feels like you almost need to lose your femininity and become one of the boys, and I've often asked myself if I'm losing my identity and conforming to the male mind-set of the industry. While I'm not a 'girly' girl, I am feminine and have felt sometimes like I've needed to be more of a 'lad' in certain situations to get the job done. It's a personal struggle and I've often wondered whether male producers ever have to deal with such issues.

In school, you might say it was character building being the only female student in my music technology class. At times, it did feel as though I was trying to fit into a mould that would not accommodate me. It was never enjoyable being the last one picked for group work, being left out of social banter, or having to be louder just to have my point heard. I remember being crowded away from the mixing desk whenever there was a demonstration. It was clear that I was treated differently, and I suspect that other female students, past and present, might have some similar stories to tell.

I was lucky, though. I grew a thick skin and had excellent teachers who encouraged my love of audio technology and pushed me to do the best I could. It hasn't been easy, but it hasn't all been doom and gloom. At the end of the day, music is my passion and over the years I have worked hard to improve my music production skills. At university, the male colleagues that I met were supportive and encouraging. I met other female students with the same passion and am still friends with some of them. Music production is a wonderful career path, and very rewarding. You get to create music and work with some amazing musicians. There's nothing like hearing a track you have produced and feeling like you did a great job, and I hope that any girls thinking about this career would feel encouraged by these positives. But I want to challenge everyone in music to think about some of the attitudes that exist, and I hope to see more debate around what can change.

It would be disrespectful to everyone in the industry to expect special treatment because of one's gender, but I feel we do need a level playing field. Although it may sound like a cliché, it shouldn't be about whether you're male or female in the industry we all love: it should be about your work ethic and your ability.

Rosina Ncube is a singer, songwriter and producer based in south-west England. She is a sound technology graduate and has spent the past year working in the music industry.