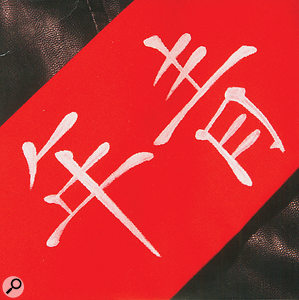 Those who know me will know that, despite appearances, I'm not the UK's number one Scottish melodic post-hardcore fanatic — but I bloody love this. It's shouty, heavy and utterly full-on, but in a graceful and refreshing way. The distorted guitar/crashing drums combo has been overdone to the point exhaustion in the multi-pronged world of rock, but Teenage China have the talent to carry it off in a new and exciting way. With great, catchy tunes and top-notch performances; bags of energy and nicely matched harmonising vocals, it's quite hard not to find something to like on Forth.

SOS Reviews Editor 'The Korff' maintains that, in genres that describe themselves as 'post-' something, you can usually replace the word 'post', with the word 'bad'. Normally I defer to The Korff's views on anything vaguely rock-related, but in the case of Teenage China, I'd have to disagree with him. Whatever they mean by 'post-hardcore', it's working for them!

I don't have enough information about the band to say how long they've been going, but they're already criminally under-appreciated. Perhaps it's not the best time for this kind of music in the mainstream — current trends tending more towards the folky and quirky than the heavy and shouty — but I hope the recognition they've started to receive continues and grows, as they thoroughly deserve it. Nell McLeod 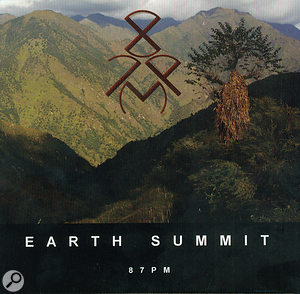 The last time 87PM appeared in this column, Playback Allstar Sam Inglis introduced us to the fun game of 'Guess The Musical Genre From The Track Titles'. So let's play it now, for old time's sake: 'Mountain Ranges', 'Hidden World', 'Endless Fields' and 'Unknown Earth'.

So they've kept to the ambient path, then? Largely, yes, and that's excellent, because they're really very good at it. If down-tempo, synth-led 'atmospheres' don't do it for you, neither will Earth Summit, but on listening to this you can't deny the a professional quality that sets it apart from so many clumsily assembled albums attempting a similar thing.

By track three, we're introduced to a solid and more up-tempo vocal performance. While the preceding 17-minute epic was well produced and enjoyable, I must say that this was a bit of a relief, if seeming slightly out-of-character for Earth Summit.

This is, I'm afraid, destined to be talked over, which is a shame, as it's top-notch stuff. Nell McLeod 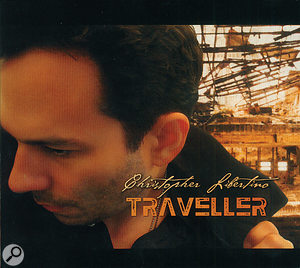 If you like the singing of Bryan Ferry but wish he was a bit more chilled, Christopher Libertino may well be the chap for you.

Christopher is a successful film composer, and the years of writing what must very often become background music do seem to have made their mark on his output. This isn't necessarily such a bad thing, though. There's a pleasing gentleness to Traveller that is refreshing in that it isn't trying to be brash or limelight-stealing. It's just gently and quietly what it is.

Christopher isn't the greatest of singers, but he uses his vocals more to lead and focus the songs rather than as their central character.

Every element of this production — sleeve design included — was done by Christopher himself and, production-wise, it almost feels like he's been doing it in secret; it's an album of almost extreme subtlety, with vocals kept very much in the background and the sounds chosen being muted and soft.

Overall, this is a tremendously successful approach and, unusually, by the end you don't feel the need for a bigger, more attention-grabbing track. Nell McLeod 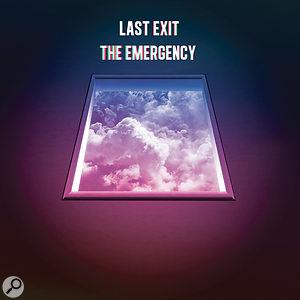 The apparently awesome music scene of Melbourne, Australia strikes again. That place seems to have a knack for nurturing talent, and allowing fledgling creative endeavours to flourish. Indeed, a large proportion of the music that has truly blown me away over the last couple of years has its roots in the city. Maybe it's time for a visit…

I can't say, in this instance, that I'm actually blown away by the Emergency, but this production oozes quality and skill. There's a refreshing clarity that's rarely seen in (almost) entirely electronic music. It's clear of over-complication, which is all too often found on albums like this.

The three behind the project have a strong vision for what they're doing, and they bring only the elements they love into the mix. They really indulge in these, and the result is driving and hypnotic. At times it falls into slow syncopation and curiously manages to give the impression of being atonal without actually being so. Odd though this may sound, it all adds to the effect and works incredibly well.

It's these contradictions that impress me about the Emergency. I'd love the opportunity to see them live because, though the album feels so laid-back, the sounds are big with a capital 'B' and I wouldn't mind betting that this has inspired an equally awesome stage show. Nell McLeod 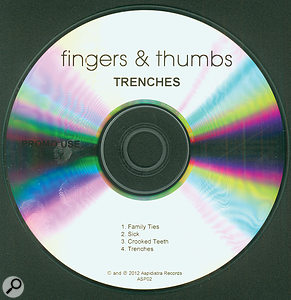 Dave Wheeldon is a former space-rocker who has hung up his lasers and lava lamps to pursue a love of Americana. Elliott Smith is the most obvious reference point for the Trenches EP, and each of its four songs is a nicely crafted, understated and self-contained work. It seems that Dave recorded the very tasteful drum tracks at a local studio before adding the rest of the parts himself at home, and by and large, it's an approach that has served him well; I particularly like the wistful electric guitar overdubs. If I have a reservation, it's that the growly bass sound isn't very appropriate. What's needed is something warm and rounded, and the discontented rumbling rather undermines the laid-back mood, like the lone cloud on a sunny day. Sam Inglis

Do Me A Flavour 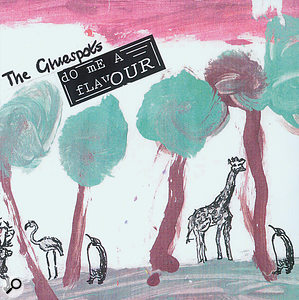 This album is full of songs that could justifiably be described by a less-cynical person as catchy. There are some nice ideas here, and a few really successful moments. But the first couple of tracks, at least, feel like a confused blend of the last Grange Hill theme tune that I can remember and whatever it was that Sega used when they wrote the music for Sonic The Hedgehog.

You can feel that the Gluespots really want to relive the '80s, but they can't necessarily remember how it was done. However, taken for exactly what it is, it's generally a happy little listen. There's potential here, certainly, but the main problem is in the execution. The tremendous enthusiasm that they should be commended for is let down somewhat by poor vocals and harsh and abrupt treatment in the synth department. Nell McLeod

Ringing In Our Wrists 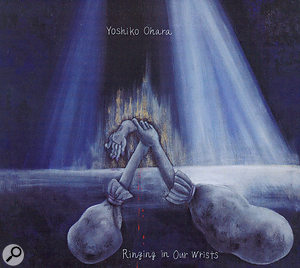 It really would be very easy to compare Yoshiko Ohara to Yoko Ono: they're both visual artists, they both make occasionally incoherent rambling music, and, of course, they're both Japanese (which is, I admit, the laziest comparison of them all). The stand-out of the two for me, however, is clearly Ohara, and not just because I don't find her half so bloody irritating as Ono.

She's created a pretty sumptuous audio landscape of dark, yet soothing, sounds, with distant, heavily reverbed vocals, church bells and gloomy synth pads. Now, I predict that at least 50 percent of the people who follow the link at the bottom of this review to find out what the hell I'm talking about when I say "sumptuous audio landscape” will find themselves loathing every second, unable to comprehend the kind of madness that would lead a harmless reviewer to consider this in any way 'good'. But that's what I like about it; it's going to divide people. Those looking for a tune, rhythm or meaningful lyrics will be disappointed, but those happy to take noises, bleeps and gurgles as they come will probably find that the noises, bleeps and gurgles have been placed in just the right order to be pleasing.

Incidentally, if you're partial to a spot of doom metal of a lazy Sunday afternoon — and especially if you live anywhere near New York City — you may have heard Yoshiko fronting the band Bloody Panda. While this musical alter ego does seem to have had an impact on the general mood of Ringing In Our Wrists, it's clear she's taking her solo work in a different direction, and very successfully too, losing the heavy, effect-laden guitars in favour of cleaner, sparser sounds.

Honestly, I'm not sure when you'd find an appropriate time to listen to this album, but that makes the assumption that this is supposed to be treated like any other album, and I really don't think that's the point. Nell McLeod 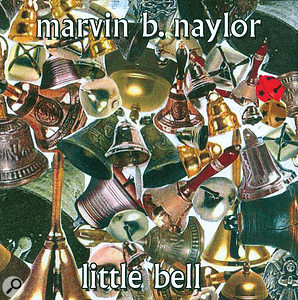 Marvin B Naylor's musical ambition outreaches his technical ability. Which is unfortunate but, in my view, a lot better than the other way around. A grandiose musical vision that's lacking in execution usually leads to more interesting results than technical ability without ambition, and so it is here. Marvin's melodies wind along clifftop paths that would daunt Brian Wilson, while his stacked vocal harmonies teeter and totter as if playing musical Jenga.

With a compositional surprise around every corner, it never gets dull, but it is definitely let down by the production. The vocals are ferociously sibilant, while the decision to arrange everything for sloppily played 12-string guitar and boomy electric bass doesn't present the songs in their best light. The right parts recorded once would be a lot more effective than the wrong ones endlessly layered. Sam Inglis