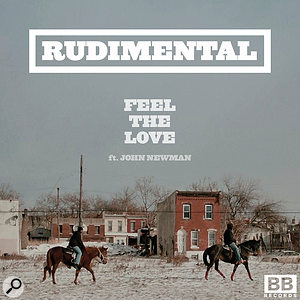 I have to admit that this production left me scratching my head, because of the one-sidedness of the main bass synth's end. It's not consistent, but a lot of the time it's 6dB hotter in the left channel below 80Hz, and at times (eg. 0:25) it reaches more than 12dB difference. To put this in perspective, I can't recall any other modern chart record that has anything like this kind of inter-channel LF mismatch, and that stands to reason, because if you want maximum sub-80Hz clout within a fixed digital headroom, you've got to stuff both stereo channels as full of those frequencies as you can. If you undercook one channel in that department, your mix will rearrange the furniture less than other productions that max out the lows on both channels. Given that 'Feel The Love' is drum and bass music, producing it to have significantly less low-end weight than the competition initially seemed like a shot in the foot to me, so I assumed that the artists had mixed and/or mastered the track themselves and this LF issue had simply slipped under their radar. A quick search for credits, however, revealed that this wasn't the case, so I decided to get in touch with the mix engineer, Mike Spencer, for more information.

Mike kindly took an hour out of his schedule to reopen his mix project and talk me through what turned out to have been a pretty involved production, with lots of different tracks arriving from each of the different contributors during the development of the final mix. The root of the bass problem, it appears, was that the low-end vagaries of that part were inherent in the synth patch used, and because he only received the bass track as a simple stereo bounce-down file, there was very little that could be done about it within the available timeframe. He tried a number of EQ and multi-band processing strategies, but every time he compared them with the unprocessed track, he felt that they were detracting from the essentially unstable character of the sound as a whole, so eventually he took a conscious decision to favour emotional impact over simple brute low-end response — a judgement call made all the more defensible in light of the track's commercial performance.

I was, however, still a little surprised that he'd apparently had no communication from Metropolis, who mastered the record, at least to confirm that the end result was, indeed, intentional. Unfortunately, the credited engineer wasn't available for me to chat with on the phone, so in the absence of concrete information from him, my guess is that he probably contacted the artists directly and that together they also agreed that maximum bass level wasn't the overriding priority in this instance. I do wonder, though, whether the necessity for such compromise might have been avoided if the fundamental frequency of the original modulated synth patch had been removed during programming and replaced with a more stable, centrally panned sine wave. Mike Senior 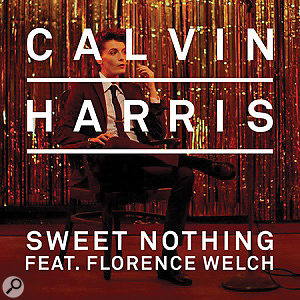 However much you like Florence Welch's performance style, she does struggle to project certain phonemes, so it was perhaps a miscalculation to feature two of them in this song's titular hook-line, because she might as well be singing "you're giving me such sweet dubbin”, for all I can tell. To be fair, it can be a struggle to bring 'n' sounds out of a busy mix, simply because they're tonally quite dull by their very nature (you close your main airway to say them, after all), so they do often need a helping hand from your mix automation system if they're to come through intelligibly. The transition from the 'n' into the following phoneme often gives the listener an additional clue as to its identity, so I often give that a boost as well.

However, the loss of both the 'n' and 'th' sounds in this line is so extreme that I can't help thinking Florence just needs to learn to enunciate her vowels a bit better while singing. It can take a bit of practice, as any choir director will tell you, because few people instinctively ramp up the volume of their consonants in proportion when pushing their voices loud. The natural tendency is to belt the vowels primarily, especially the most open ones like 'ah' and 'eh'. If you want to balance out the volume of the consonants, you have to work much harder with your facial movements when singing loud, over-animating them to the point of visual absurdity — one potential reason why concert pictures of Mick Jagger's face frequently suggest that he's attempting to excrete a hedgehog! However, I can't say I fancy the odds of Florence heeding such advice if it essentially comes down to a face-off between sounding intelligible and looking beautiful. Mike Senior

'We Are Never Ever Getting Back Together' 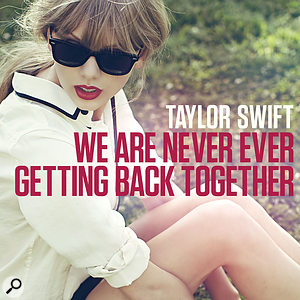 The highlight of this song's production, for me, is its use of speech. While melody is vital for a pop song, the personality of the vocalist and the apparent sincerity of their lyrics are also huge factors, and the awkward reality is that both of these are usually better served by the more instinctive and unrestricted medium of natural speech. The simplest means of squaring this circle is for the vocalist to substitute the odd sung note for a spoken word, so it's no surprise to find examples here, but they're beautifully judged nonetheless. For instance, can you imagine any way of singing the spoken "what” at 0:16 that would have communicated the same degree of incredulity? The ambivalence of "trust me” (0:21) and "I love you” (0:27) would have been equally tricky to transmit outside speech.

Effective as these first-verse instances already are, they nonetheless remain locked into the melody's rhythmic structure, which gives the second verse scope to up the ante: both "like... ever!” (1:03) and "that's much cooler than mine” deliberately break with the rhythmic framework to heighten their effect — I'm not sure I've ever heard anyone sing italics, so speech was really the only option there. The pièce de résistance, however, is the 'overheard phone call' conceit of the middle section (2:14-2:24). Not only does this step outside the music's melody and rhythm, it also transports you to a contrasting virtual space captured with an utterly different recording style/fidelity reminiscent of reality-TV reportage. Indeed, this would have been my favourite thing about this record, had not the video featured a grown man rocking a beaver costume in a packed club while nonchalantly strumming an autoharp. Mike Senior 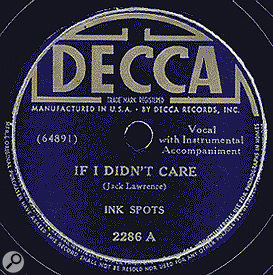 Although this song is one of the best-selling singles of all time, a lot of readers probably haven't ever heard it, seeing as it dates from 1939, which is well before anyone here at SOS was even born! However, as a long-term fan of The Ink Spots, I'd recommend seeking out at least this one song if they've so far passed under your radar, if only to admire a lyric comprised entirely of questions and snigger at the earnest deployment of the phrase "honey child”! And should you like 'If I Didn't Care', you'll probably be partial to their other hits, too, because most of them follow an almost identical format — so much so, in fact, that it almost strains credulity these days. Skip forward, for instance, seven years to their 18th US top ten 'Gypsy', and you'll find the same guitar, piano and string-bass backing band; the same high falsetto lead vocal from Bill Kenny; the same three-part backing 'oohs'; the same softly rumbling, spoken middle section; and even the same dinky little guitar intro riff.

While, from a purely commercial perspective, there's a lot to be said for the 'if it ain't broke' principle — if nothing else, their brand recognition is peerless! — I imagine there were also significant practical advantages to maintaining such a consistent musical format given that the band's heyday predated the mainstream adoption of any kind of multitrack recording technology. If you're working in mono and there's no such thing as a mixdown stage, you need an arrangement that mixes itself. So it's no coincidence that nothing in this production presents any serious competition to the lead vocal, sonically speaking, but that each of the backing parts nonetheless has its own means of remaining audible: the piano and guitar have their transients, the bass and piano have the low end, and the BVs can bubble up during gaps in the lead.

Notice also that the string-bass part drops out during the middle section, which, from an arrangement perspective, makes sense because it clears out some of the LF spectrum to accommodate Hoppy Jones's rich bass tones, conveniently inflated by the (presumably ribbon) mic's powerful proximity bass boost. However, I suspect that there was also another dimension to this decision, because Hoppy was also the bass player. Although I was unable to find any specific recording information about this particular session, I'd bet my bottom dollar that he had to abandon his instrument and sneak forward to Bill Kenny's mic for this vocal — in fact, on my CD re-master I'm pretty sure I can actually hear his furtive footsteps just prior! (I reckon he didn't make it back to his place in time afterwards, either, because the bass is a few beats late rejoining the mix on Bill's return.) His backing vocal drops out too, but of course you don't notice that because Kenny has surreptitiously drifted back into the room to fill the breach.

One final technical detail to savour for nostalgia-lovers: if you listen carefully to the song's final line, you can faintly hear both a pre-echo and a post-echo of "would all”. It's not some kind of pioneering experiment in effects processing, though, but rather the magnetic print-through from one strongly modulated layer of the analogue master tape to its immediately neighbouring layers on the reel. Mike Senior