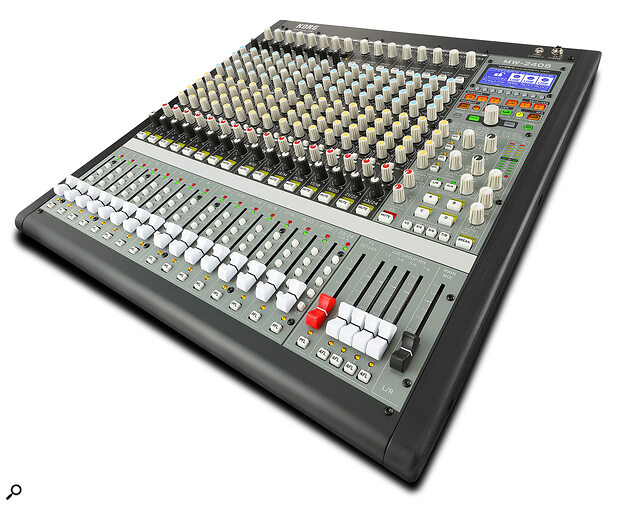 For their new range of mixers, Korg enlisted the help of two of the biggest names in console design.

The Korg SoundLink mixers were conceived to offer the immediacy of a traditional analogue mixer, but with enhancements that are only practical when handled digitally. The range currently comprises the MW‑1608 and MW‑2408, depending on whether you need 16 or 24 channels. Both are eight‑bus, stereo‑output mixers and are built around a steel chassis with moulded wooden endcheeks. The MW‑2408, which is the model we had in for review, measures 480 x 187 x 530 mm, making it deeper than it is wide, and it can be rackmounted via a pair of optional brackets.

In designing these mixers, Korg turned to industry luminaries Greg Mackie and Peter Watts. Greg Mackie founded the brand that still bears his name, while Peter Watts has been involved with the design of numerous consoles (including the classic Trident design), preamps, guitar amplifiers and even synthesizers over the past few decades.

While the design brief was to create a live‑sound‑oriented mixer, the traditional eight‑bus format also makes these consoles well‑suited to recording setups. The mixer is largely a traditional analogue affair providing direct, intuitive control, but to that is added a DSP section that not only offers effects but also anti‑feedback processing, a nine‑band paragraphic EQ, a 31‑band spectrum analyser, a test‑tone generator and dynamic processing in the form of gating, compression and limiting. The DSP EQ, dynamics and anti‑feedback are available on the main mix and on two of the aux sends, simultaneously and with different settings.

Sound quality was apparently a key consideration in this mixer’s design, to which end Peter Watts designed the new HiVolt mic preamps used here, the aim being to offer a genuine improvement in headroom while maintaining the lowest possible noise. Peter also designed a new one‑knob analogue compressor, one of which you’ll find at the top of each mic channel. Other notable components including Velvet Sound A‑D/D‑A converters, and the use of ALPS pots and (60mm) faders.

Even the effects, which are editable and footswitch recallable, are a cut above the conventional, and run on Korg’s own 32‑bit custom chip. Sixteen effect types are available, with the option to store up to 30 user presets. Of these six are reverbs, and each of those includes an alternate Warm version. DAW users will also appreciate that both versions of the mixer come with a bundled copy of iZotope RX Elements software. 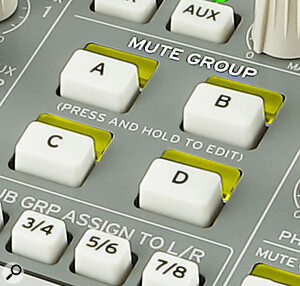 Unusually for an analogue desk of its size, the MW‑2408 features four mute groups.While the analogue section of the mixer looks fairly conventional, there are some niceties here that tend to be found only on much larger and more costly consoles. For example, there’s a function added to two of the aux buses, called Musician’s Phones Monitor, which makes it possible to adjust a musician’s phones mix without necessarily having to rebalance either the aux or main mix. Essentially this is a single knob that sends the complete left/right mix to auxes 3 and 4, in addition to whatever else you’re sending to those outputs.

There are also four mute groups, again something you don’t expect to see on a mixer in this price range, which are an invaluable feature when you need to switch between sets of...