Can this tiny box deliver a big sound?

At every trade show we come across at least one product that seems to be half barking mad and half genius. This qualifies. First shown in 2013 but now shipping, German company Ploytec’s Pi Lambda Squared (PL2) is powered entirely via its MIDI input and based around some type of lo-fi sound chip. Its output is a simple mono RCA phono connector and it is only around twice the size of a 9V battery. It also has a micro-USB port that can be used to provide power where MIDI bus power isn’t available. Although all the sounds are based on just four waveforms derived from square waves, and there are only two tone oscillators, the synth ships with 32 factory presets and room for 32 more user patches. One side of the single-sheet instruction manual (which is about the size of a cracker joke) is taken up with MIDI information that allows real-time control over a surprisingly large number of parameters. Further user information is available on the company’s web site (www.ploytec.com).

The digital filter has three modes (LPF, BPF, HPF), while the output stage includes a digitally controlled analogue low-pass filter plus some intentional distortion to smooth out some of the nastier artifacts (of which there are many!) and to add more of an analogue character — though the sonic imperfections of this synth contribute to its gratifyingly raw vibe. In additional to the expected filter, portamento and envelope parameters are pulse-width modulation and the ability to sync the LFO to MIDI Clock. 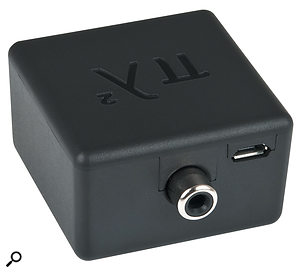 Any basic synth tends to sound somewhat dry and stark until you add effects such as delay or reverb, and this one is no exception, though it is capable of both analogue-esque bass sounds and some spectacularly gnarly leads. And the ability to apply pulse-width modulation makes it sound fatter and more complex than you might expect. A little experimentation revealed that it responded to MIDI channel 1 and gave a one-octave shift in response to a full pitch-bend wheel-up movement.

The designers are actually proud of the amount of aliasing and quantisation noise, but it’s up to you whether you consider this to be exciting and industrial or cheap and nasty! Certainly some of the notes fizz into graceless extinction at lower velocity levels, while MIDI-controlled dynamic parameter changes tend to sound ragged and glitchy, but we’re told that is all part of the charm.

Changes made to patches 33 to 64 are stored automatically as soon as you switch to a new patch, while patches up to 32 are factory presets — some of which are stacked mono sounds, others are duophonic. Realistically you could get a sweeter-sounding synth plug-in for the same cost as this synth, with even some of the free ones sounding significantly more sophisticated, but if you like the notion of synth sounds informed by the low-definition sound chips of yesteryear, then this might just be your idea of fun. Paul White