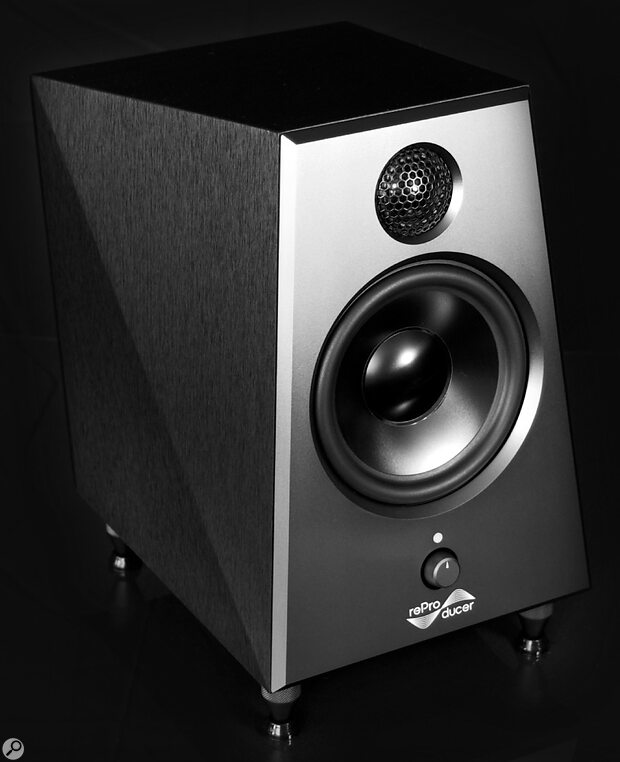 Reproducer was a completely new name for me when a review enquiry landed in my inbox. A bit of digging, however, revealed that the company were founded in Germany in 2016, and in January 2020 launched a two‑model range of active monitors comprising the nearfield Epic 5 and the midfield Epic 55. The first of those is the subject of this review.

First impressions of the Epic 5 are positive right from the off because, rather than being simply packed in a cardboard box with polystyrene caps and plastic bags, the monitors arrive in a carbon‑fibre‑look flight case with die‑cut interior foam, spaces for accessories and drawstring bags. It’s a nice touch. 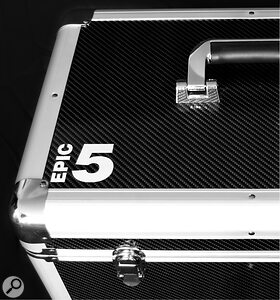 Unusually for a pair of monitors, the Epic 5s ship in their own custom flightcase.The active nearfield monitor market, especially at the relatively affordable end where the Epic 5 lives, is undoubtedly crowded. That being so, if you’re going to launch a new active monitor with aspirations to grab some sales from the sector’s existing and well‑established inhabitants, along with doing a fundamentally competent job of the electro‑acoustics, you’d best come up with something different in terms of the look and feel. I’ll begin to examine the electro‑acoustics of the Chinese‑manufactured Epic 5 a few paragraphs down the page, but I’ll start with a bit of physical description.

The Epic 5 does indeed sport decidedly atypical aesthetics and surface finishes. Coming up with a workable new look for an otherwise relatively conventional compact two‑way active monitor is no easy job, so I think it’s very much to Reproducer’s credit that they have done so. As to whether the result is appealing, or even technically appropriate in performance terms... On the first point, I for one rather like the look and admire its execution. On the second, there’s some reasonable electro‑acoustic sense behind the Epic 5’s jumble of lines and angles. To explain why that’s so, however, I’m going to have to find some words to define those lines and angles.

The Epic 5 begins with a trapezoidal front panel that narrows towards the top and also leans backwards a little. The front panel is manufactured in machined and anodised aluminium — a material and process choice that endows it with a satisfying, cold, chunky and precision‑engineered feel. The front panel is also home to a detented gain control and an LED indicator that illuminates white in normal use and red to indicate overload. The top and side panels of the Epic 5 are manufactured from MDF finished in a faux brushed‑aluminium laminate. The flat top panel is perpendicular to the front panel so is effectively angled downwards, but each side panel incorporates a diagonal crease that resolves the trapezoidal front panel with the Epic 5’s rectangular back panel. The creases in the side panels not only resolve the angles of the Epic 5, they also result in non‑parallel internal faces, which will help suppress standing waves, and increase cabinet rigidity, which is also a Good Thing. The backward slope of the front panel is present not, as might be initially assumed, to direct the monitor’s acoustic radiation slightly upwards, but to equalise the path length from each driver to the ears of listeners located horizontally forward. So the intended listening axis...