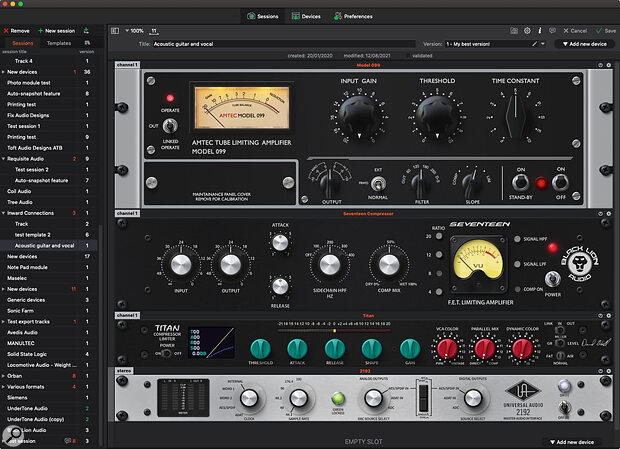 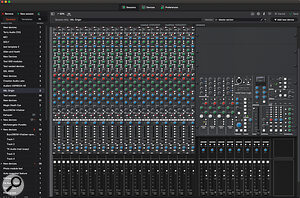 Session Recall patch for an SSL Origin mixing console.In the studio days of yore you would have a thing called a ‘recall sheet’, which you would dutifully fill in after any recording stint of importance. It was usually a sheet at the end of the product manual, where there was an image of the machine and  you would photocopy this page and add pen marks to indicate the settings at the end of each session. Tedious but important. Later on, you’d take a digital photo of the analogue machine and file that away — but that was actually less clear than a recall sheet unless you were good with the camera, and the photos tended to get lost or put in the wrong place.

For a little while now, though, there has been a program that is free to download called Session Recall, and it really is a boon for those who still mix out of the box using a plethora of non‑USB‑linked, non‑recallable analogue equipment. The premise is very simple, you go to the online shop and buy the unit for which you wish to have a visual recall (this is quite funny, as it’s only a few Pounds/Dollars/Euros for each unit: imagine getting an SSL G comp for that!) and then download them. 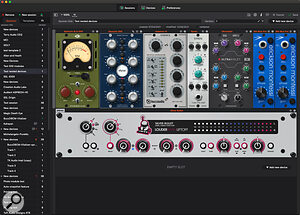 The graphics are superb — the GUI puts some of the plug‑ins with virtual renditions to shame — and then you move the faders, knobs and buttons to the position for each session that you do, and file them together as a ‘session’ in a visual rack. You can also save them as a PDF or photo (though a higher definition PDF or photo saving capability would be useful). And you can add virtual stickers, with notes or channel ID numbers.

It really is that simple and it’s highly effective. Yet, the company seem very open to suggestions of how they might improve the functionality. They’ve also proved very responsive to requests to add machines that weren’t yet on their device list, and added them quite quickly. I do have some rare machines, and was surprised to see them already there, most listed under the manufacturer’s name. However, occasionally you’ll find that some are not — a tiny set of manufacturers are unwilling to allow their names to be used, which seems a bit mean to me! But you generally can find those ones under 'Generic Compressor' and so on.

The graphics are superb — the GUI puts some of the plug‑ins with virtual renditions to shame.

So, if you have lots of analogue equipment and want a digital single place to save the settings, this really is a unique, exceptionally useful product. 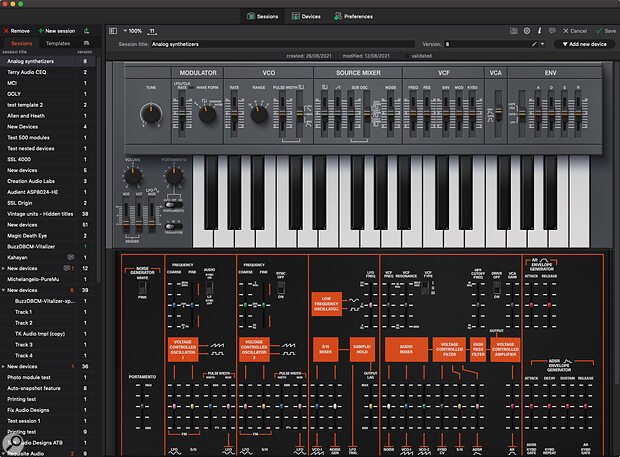 Free, but you pay for each virtual device panel you need.

Free, but you pay for each virtual device panel you need.