Steinberger: A Story Of Creativity And Design 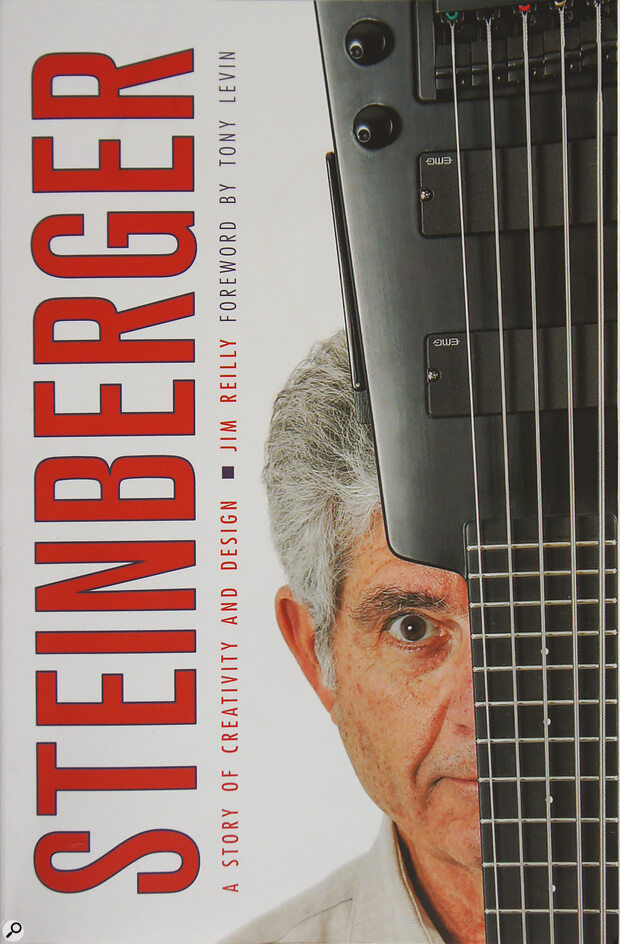 Back in the very early 1980s I was a student at London’s South Bank Polytechnic studying for a degree in what would now be called Industrial Design. As part of my materials science module, I and my fellow students were given a presentation by a company that was developing applications for a new and immensely strong composite material: carbon fibre. Listening to the presentation with my bass player hat on, it occurred to me that carbon fibre could potentially be used to make a guitar neck, so I decided there and then that my final project on the degree course would be a bass with carbon fibre neck. Once I got into the project, though, I hit a snag, in that it was clearly going to be awkward to integrate a headstock at the end of the neck in moulded carbon fibre. While brainstorming the problem, one of my design lecturers asked why the tuning machines had to be at the neck end of the bass. Why couldn’t they be located at the body end? It would help with ergonomics and balance too. So my bass design became headless.

My bass guitar did eventually get made, and I got my degree, pretty much on the strength of it (see what I did there?). But at some point during the project I discovered that I wasn’t the only one to have had the thought about carbon fibre and a headless bass guitar. Ned Steinberger had too, and he was way, way ahead of me in every possible respect.

I’ve followed and admired Ned Steinberger’s work ever since, and over the years owned three of his instruments. So perhaps my review of Jim Reilly’s new biography of Steinberger (published by Roman & Littlefield), is a little unfair because I’m already a fan. Leaving that to one side, however, and launching my ‘be objective’ plug‑in, the book is an engaging account of a fascinating story: one with twists and turns and struggles with adversity, along with its detailed examination both of Steinberger’s design processes and of the instruments that have resulted from it.

The book is an engaging account of a fascinating story: one with twists and turns and struggles with adversity.

Part of the fascination with Ned Steinberger for me is that he never set out to design stringed musical instruments and, to this day, he doesn’t play, beyond picking out a few guitar chords. He grew up the child of a Nobel prize‑winning physicist Father and visual artist Mother, and after initially flunking school and college forged himself a career as a cabinet maker and furniture designer. He worked both as a freelancer in New York and for a period with the long‑established Thonet furniture company, and fell into instrument design accidentally, through sharing workshop space in Brooklyn with luthier Stuart Spector.

Steinberger became interested in the ergonomics of the bass guitars Spector was manufacturing and contributed some ideas that became the Spector NS1 model. The success of the NS1 was the catalyst that drove Steinberger to think much more radically about the entire ergonomic and manufacturing architecture of bass guitars, but it also happened to coincide with the arrival of carbon fibre.

Steinberger’s first, and most iconic instrument, the carbon‑fibre L2 bass, with its compact rectangular body, headless neck, straight‑pull 40:1 ratio tuners and strap‑plate pivoted at the centre of gravity was an instant, massive hit. Thanks to its extraordinary tone and sustain, faultless ergonomics and hi‑tech aesthetic (this was the ’80s remember, retro wasn’t cool) the list of big‑league bass players that placed an order included, well, just about all of them. It didn’t do the L2 bass any harm either that MTV launched in 1981. It was the only bass to be seen with.

Ironically, however, the huge success of the bass effectively brought the original Steinberger Sound company to its knees. Steinberger and his small band of colleagues simply couldn’t satisfy the demand in either manufacturing or cash‑flow terms. They couldn’t make instruments quickly enough and were charging far too little for them, and after a few years (during which the basses were joined by equally innovative guitars) the stark choice between personal bankruptcy or sale to the Gibson guitar company loomed. Steinberger chose the latter course; his instruments became a subset of the Gibson product range and he became a Gibson employee.

I’m not going to tell the rest of Ned Steinberger’s story here because that’s what Jim Reilly’s book does so well. If, like me, you’ve always admired the Steinberger instruments and the design purity they express, then I’m probably preaching to the converted; you won’t need my encouragement to buy the book and read the full story. But even if Steinberger and his instruments have, until now, completely flown under your radar, Jim Reilly’s book brilliantly tells a fascinating story of where music, industrial design and musical instrument sales intersect.