Onboard Preamp For Electro-acoustic Guitars By Dave Lockwood 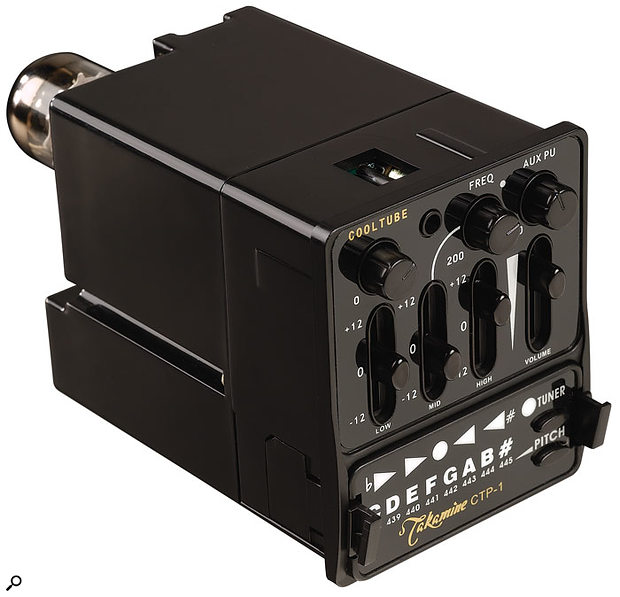 We test this tube-based onboard preamp for electro-acoustic guitars.

For years now, acoustic guitarists have been choosing tube-based outboard preamps to warm up the signals from piezo-based pickups. The piezo's over-fast attack and non-linear output can be partially mitigated by the tubes' tendency to gently compress (within suitably designed circuits). Now Japanese electro-acoustic specialists Takamine have designed a tube preamp that mounts within the guitar itself! 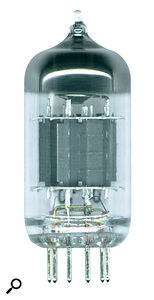 In a low-voltage circuit, tubes are most likely to be used as harmonic distortion generators, with a low plate voltage used to deliberately increase non-linearity, accompanied by a solid-state stage to provide gain. Takamine's Cool Tube preamp allows you to blend the desired amount of 'tube effect' into the output, but the subjective audible effect is more warmth and gentle compression than distortion. It actually works really well! Takamine's patented Palethetic pickup system, using an array of multiple piezo transducers built into the bridge-plate during manufacture, is already a half-decent-sounding solution, but the sound is still rather brittle, with unnatural dynamics.

Dialling in even a little of the Cool Tube effect, the slightly sterile sound of the pickup system alone becomes far more three-dimensional and complete, almost like adding additional transducers to sense more of the body vibration. I'd hesitate to say that it is significantly more microphone-like, but what it certainly is is much nicer, both to listen to and to play. Low-level detail becomes more audible and sustain is increased, as if using a good compressor. There's a useful degree of variation available too; I found I used about 60 percent Cool Tube in a recording context, for maximum warmth, but only around 30 percent on stage, where I wanted to both retain more edge and minimise feedback.

The CTP1 conforms to Takamine's Sound Choice modular preamp format found on all their guitars since 1989 and features a built-in tuner as well as the standard three-band EQ with semi-parametric mid-range. It is powered by four AA batteries, giving around 24 hours of playing time — enough to get you through the gig, but clearly not ideal on a long-term basis. An alternate power source switch on the preamp module suggests that external powering will be possible, but no details are currently available. The tube itself is a standard type that should last as long as the guitar in a circuit of this kind.

Many attempts have been made in recent years to overcome the inherent limitations of all acoustic guitar pickup systems, ranging from alternative transducer technologies to onboard DSP modelling. Takamine's Cool Tube approach is undeniably one of the more successful ones. The CTP1 module costs £209 in the UK and is fitted as standard on Supernatural and Nashville models.

Battery life remains an issue until a phantom powering solution is available, but the Cool Tube circuitry really does significantly improve the sound of Takamine's integrated pickup system. An external tube preamp will get you close, but there is something sonically very nice about the way Takamine have implemented this.

Distant City Studios - A Drum Room With A Difference
1 month 1 day ago.