Three-way monitors have traditionally lived at the top end of the market, but there's now a good choice of models on offer in the sub-£2000$3000 category. Here's a selection of recent options, with links to the SOS reviews where available. 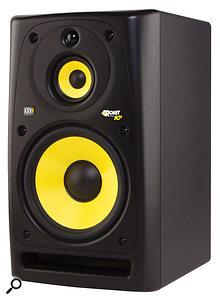 The RP10-3s offer exceptional stereo imaging and extremely good separation, making it possible to easily identify all the elements of even a complex mix. The housing in which the mid-range and high-frequency drivers are mounted can be rotated through 90 degrees, allowing the speakers to be placed on their sides as well as vertically, if desired. 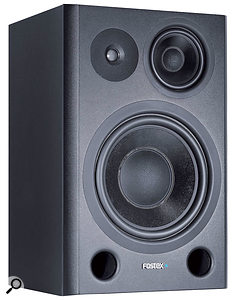 The first three-way design from prolific monitor-makers Fostex, these speakers boast woofers covered in Kevlar, giving them stiffness and reducing distortion. Both high- and low-frequency adjustments can be made via rear-panel switches, and the low- and mid-range drivers have been housed in separate internal enclosures, to minimise acoustic interference between them.

When we reviewed these speakers, we noted that their performance came remarkably close to that of Event's much more expensive Opals. Their low distortion means that the 2030s have a very smooth sound, which makes it possible to work with them for extended periods without fatigue.

Eve Audio use extensive DSP in their speaker designs, to help optimise the performance of their amps, crossovers and drivers. The upshot of this, in the SC307, is a revealing mid-range, tight bass performance and a smooth high end. They also feature a novel front-panel control that lets you adjust the built-in EQ, and change the speaker's overall level.

Like all Adam monitors, the A77Xs use ribbon tweeters, which are very efficient and can also handle a wider frequency range than the more usual 'dome' type designs. Although they're relatively expensive, our review concluded that the quality of monitoring available means that the A77Xs actually represent very good value for money. 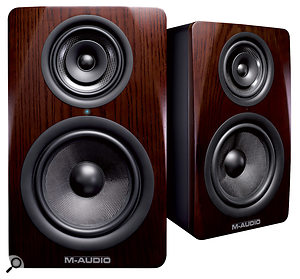 Launched at the NAMM show earlier this year, the M3-8 is unique among the monitors here, in that it uses a dual-concentric arrangement for mid-range and HF drivers. This means that mid-range and high frequencies are coming from exactly the same point, which should deliver a more stable and precise stereo image. They also have a rather dashing wooden front baffle! 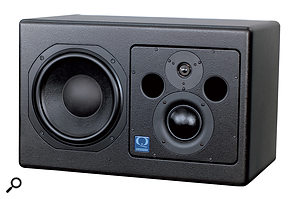 Having an extra driver to take care of the mid-range — as in this Quested monitor, which features a three-inch driver in addition to its woofer and tweeter — improves the monitor's efficiency and reduces distortion.

Most studio monitors — with the notable exception of the Auratone 5C and its many imitators — use a combination of multiple transducers, or 'drivers', to reproduce sound. Typically, a loudspeaker enclosure will house one driver for the low frequencies (a woofer), and another handling the high end (a tweeter). The reason for this is that, for a driver to be able to vibrate at a very high frequency, it has to be lightweight, and for it to be able to reproduce bass at any reasonable volume, it needs to have a large surface area, in order to move the requisite amount of air. These two traits are clearly at odds with one another, which is why loudspeaker design has evolved to the point where speakers use multiple drivers, each one 'specialising' in a certain frequency range.

The arrangement described above is known as a 'two-way' design, after the number of drivers used. Such speakers can be extremely good, with models from the likes of Neumann, PSI and others providing an outstanding level of performance. Two-way speakers are also usually fairly compact, which, if your studio is on the small side, or you use a console and like to have your monitors perched on the meter bridge, can be a big advantage.

Meeting In The Middle

A typical arrangement for a two-way monitor is to have a woofer with a diameter of five to eight inches dedicated to low frequencies, and a tweeter around an inch in diameter handling high frequencies. The potential problem with two-way speakers, however, is that the tweeter will be quite inefficient at reproducing the lower end of the bandwidth that is required of it, while the woofer will struggle to reproduce the higher frequencies that are asked of it. Which brings us, neatly, to three-way speakers.

Having a third driver to take care of the mid-range improves the situation considerably, as each driver is being expected to reproduce a much narrower frequency range, which translates to greater efficiency and lower distortion.

Another major advantage that three-way speakers have over two-way designs is in the way that the drivers are 'crossed over'. A crossover is a device that takes an audio signal and splits it according to frequency. In two-way speakers, for example, the parts of the input signal above a given frequency are sent to one output, and the parts below that frequency are sent to another. Where a speaker has just two drivers, though, the crossover will invariably end up splitting the signal in the middle of the frequency range — typically between 1kHz and 3kHz — and this is usually the part of the signal we're most interested in, and that which most instruments (including vocals!) inhabit. In three-way designs, there are two crossover frequencies, but these are essentially moved 'out of the way', which means that the phase distortions inherent in crossovers don't interfere with the reproduction of that critical mid-range band.

The only real down side to three-way speakers is that adding an extra driver complicates things, from a design point of view. Getting three drivers to work together in an optimal way requires that they be more carefully integrated, and this is always reflected in the price — though the price of three-way speakers has come down quite considerably in recent years.

If you're willing to spend more than a few thousand poundsdollars on a pair of three-way monitors, the number of options available to you increases considerably....