Is Console Automation Still Relevant In The DAW Age?

Fading Away? By Karen Down 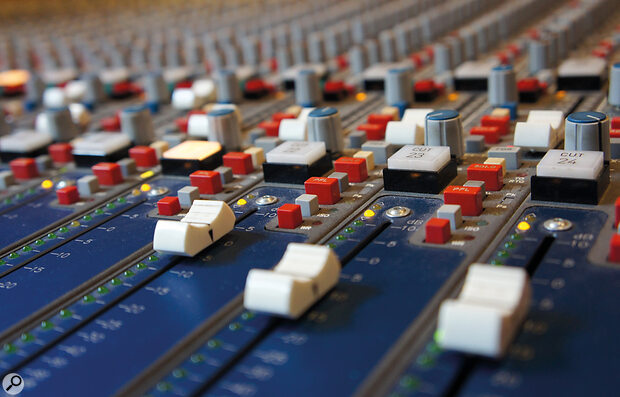 Recently, in a conversation about mixing I asked a question that resulted in a simple ‘no’. That question was whether console automation was still relevant, still used, in a world where DAW automation is ubiquitous.

Not wanting to believe that console automation is dead, I brought together a group of mix engineers for a fireside chat. Does anyone still mix using traditional console automation? Would not all mixers prefer to mix in the box or use a controller? Is there a trade‑off between one and the other and, if so, what is it? Is it a question of personal preference, or are there aspects of the different approaches that are objectively better or different?

Mixing used to involve booking studio time, sitting at a large console and using the console’s automation system to ‘write’ the cuts, fader moves and, perhaps, switch changes to a computer. This is still possible in the modern age, with a DAW replacing the tape machine, but depending on how the studio is kitted out, the modern engineer has other options: to mix using a mouse, to use the console hardware to write automation to the DAW, or to use a dedicated controller.

This situation is the result of 30 years of continuous development in recording and mixing technologies. The engineers I spoke to for this article have experienced these changes first‑hand, embracing new technologies as they emerged and exploring their creative potential before settling on a mixing process that works for them. For example, early direct‑to‑disk systems such as Sound Tools were limited to two or four tracks, so they were used mainly to edit complete mixes, avoiding the hassle and risk of taking a razor blade to tape. Even then, though, as Mike Exeter recalls, the edited mix or track would be copied back onto tape because it was felt that “if it was not on tape it was not safe.”

As time went by, reliability increased, converters started to sound good, ProEdit/ProDeck became Pro Tools, track count increased, and recording and editing on the DAW became standard in both professional and home studios. Console‑type automation modes became available within DAWs, providing a degree of familiarity to engineers transitioning from console‑based to DAW‑based automation. Even now, however, “not everything that was good in a console automation system has been copied into a DAW”, says Bob Clearmountain.

It was striking that all the mix engineers I spoke to lamented the fact that fundamental recording techniques are being lost as recording to a DAW has become the norm. When working with tape, it was vital to record the best sound that could be created through mic positioning and responsible use of EQ and dynamics. The key word here is ‘responsible’ as, once printed, processing could not be removed. As assistant engineers, my interviewees all learnt to get it right on the way in and to never start a session/recording at 00:00:00 (a nod to those who understand the reference).

Today, they say, fewer and fewer recording engineers and artists seem to know when to record processing to tape, how to edit well, how to create good crossfades, or how to execute a successful drop‑in. Instead, there’s a tendency simply to ‘record flat’ — capture the audio in the DAW as it comes — and adopt a ‘fix it in the mix’ mentality. This means today’s mixers have to fix tracks prior to, or during, the mix session. Cleaning up vocal pops, fixing bad edits, tuning and tightening timing can extend the time taken to mix, for some mixers doubling the time it takes to mix a record. Mixers also need to contend with the fact that track counts have increased. Whereas producers and recording engineers working with 24, 48 or even 96 tracks were forced to commit to choices at the recording stage, those decisions can now be put off until afterwards.

Another observation was that ‘mixing on the console’ is a phrase used by some mixers when in truth the console is being used as a controller to write automation to the DAW. And whereas mixing 30 years ago would have involved patching in a lot of outboard gear, the need for instant recall and transport of sessions between studios means that hardware processing is rarely used. Most mixers are now happy to use plug‑ins instead. However, some of the engineers involved in this discussion felt that the DAW screen could be distracting, preferring to place it out of their direct view when mixing.

Still On The SSL

One of the biggest names in mixing for the last 40 years, Bob Clearmountain finds his SSL console automation irreplaceable.Bob Clearmountain, one of the world’s most recognised music engineers, mixers and producers, still mixes on his SSL G+ 72‑channel console with its “wonderful automation complete with its floppy disks”. He does not use motorised faders for mixing, laughing when he says that “if...