LE Audio: The Evolution Of Bluetooth

A New Standard In Wireless Sound By Richard Einhorn 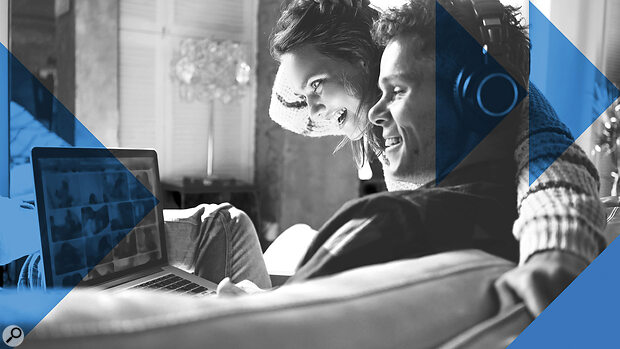 The next evolution of Bluetooth contains a number of innovations that should appeal to consumers and professionals alike. And it’s coming to a device near you.

When it comes to successful digital technologies, few can top Bluetooth, the wireless data and audio streaming standard that was named for some reason after an ancient Danish king with really bad dental hygiene. In the past five years, over 23 billion Bluetooth devices have been sold: a mind‑boggling amount of gear, equating to roughly three devices for every human on the planet. Bluetooth audio streaming devices, such as headphones, earbuds, headsets, portable speakers and TVs, comprise some 28 percent of that total (1.3 billion units last year), much of the rest being smartphones and non‑audio data transmitters like computer keyboards, mice, and FitBits.

In the wake of this spectacular success, the Bluetooth Special Interest Group (SIG) has begun publishing the draft specifications for Bluetooth LE Audio. Enough information is already available for manufacturers to get started on designs, and the full spec should be approved by early 2022. This is a brand‑new standard intended eventually to supersede the Bluetooth we know so well, and which is now dubbed Bluetooth Classic.

As Nick Hunn, CTO of WiFore Technology and one of the major developers of Bluetooth LE Audio puts it, the goal of Bluetooth LE Audio is to provide a “set of tools that will cope with any wireless audio application — any combination of music and voice — that anyone is likely to come up with for the next 10 to 20 years”. For those of us in professional music and audio production, this is exciting news. Not only will Bluetooth LE Audio allow audiences to hear and share our work in much higher quality, but the new standard is so flexible that it may very well spark new ways to conceive of sound‑centric art and entertainment.

Nick Hunn: "The goal of Bluetooth LE Audio is to provide a set of tools that will cope with any wireless audio application — any combination of music and voice — that anyone is likely to come up with for the next 10 to 20 years."

Into The Jaws Of Bluetooth

Simply put, Bluetooth is a short‑range (10 metres) wireless communication standard that operates over the 2.4MHz frequency band. There are two basic kinds of Bluetooth. What’s now called Bluetooth Classic was developed for telephone and audio transmission, which were conceived as separate use cases. Bluetooth Low Energy (LE) was originally intended for transmitting small amounts of data, such as keyboard and mouse information to a computer or sensor data from health and fitness devices to your smartphone. “Bluetooth LE was never designed to transmit audio,” explains Nick.

‘Profiles’ are Bluetooth‑speak for code that defines possible applications and use cases: they specify the general ways that Bluetooth devices communicate with each other. The first audio profile that Bluetooth developed was Headset, which was soon replaced by Handsfree to accommodate car connectivity. It was intended for wireless, single‑sided headsets in call centres or cordless phones at home.

Then in 2006, Bluetooth released another audio profile, A2DP, which allowed for higher‑quality audio transmission. It took 10 years, but once audio and video streaming caught on, people wanted to listen to music and watch movies everywhere. Sales of wireless earphones exploded and Bluetooth established itself as the all‑but‑universal wireless audio streaming standard for mobile devices. “I did a graph looking at [the growth of] Spotify subscribers against sales of Bluetooth headsets,” Nick says, “and they track almost identically.”

Today, Bluetooth Classic has become, well, a little long in the tooth. The Handsfree and A2DP profiles “don’t really work together,” Nick says, because “the Handsfree and A2DP profiles were designed without anybody ever really thinking that you’d want to swap between them.” For example, if you’re listening on your AirPods to some desert blues and a phone call comes in, classic Bluetooth has to go through considerable hoops just to stop playing the song and take the call. “It’s not a clean solution,” he said.

Also, Nick continues, “We have nothing [in Classic Bluetooth] that supports a separate left and right earbud. All the stereo [earphone and earbud] solutions you see on the market are all proprietary ways of trying to cope with A2DP.” The Bluetooth Classic audio spec has other limitations that became apparent as Bluetooth usage spread far and wide: it uses a fairly significant amount of energy, doesn’t fully support simultaneous bidirectional streaming, is rather slow and, except for proprietary solutions, permits only one device to be connected to another device at a time.

Many hearing aid companies provide expensive, proprietary remote controls to wirelessly adjust the volume and program presets of hearing aids. They also sell expensive, proprietary devices that stream landline phone calls directly to hearing aids. But once everyone started using smartphones, no one wanted to lug around these extra gadgets. They wanted to use their phones to change volume and take phone calls, just like people with wireless earbuds.

There was one major problem: hearing aid batteries are extremely small, and Bluetooth Classic’s energy requirements would quickly drain them. So, Apple (and eventually others) essentially hacked Bluetooth LE for, as Nick explains, “a very simple bi‑directional audio stream” that provided wireless audio connectivity for hearing aids. The sound quality was limited in terms of bandwidth but it worked and met an important need. ‘Made for smartphone’ hearing aids were an instant hit. And that’s when something remarkable happened...

Nick Hunn: The hearing aid industry sat down with the Bluetooth SIG and said, ‘Look, things are changing. We want to connect hearing aids, but we think there is a bigger market for this.’

It’s rare that the needs of people with disabilities are central to the development of a technology intended for mass use. Yet meeting their needs often leads to products that benefit everyone, a concept called Universal Design. That is exactly what occurred when, according to Nick, “The hearing aid industry sat down with the Bluetooth SIG and said, ‘Look, things are changing. We want to connect hearing aids [via Bluetooth LE], but we think there is a bigger market for this.’ Sound today is being used in a whole variety of different ways that need something a lot more flexible than the monolithic approach [of Bluetooth Classic].”

Originally, hearing aid companies wanted “to gain better performance and battery life”, recalls Chuck Sabin, Senior Director of Market Development for the Bluetooth SIG. But as discussions ensued, it quickly became clear to many audio companies in the Bluetooth SIG that a new protocol which not only ran on very low energy but also met the needs of hearing aid users would be of great interest to everyone. And so, work began on the new standard: Bluetooth LE Audio. “This was our opportunity to think about this holistically, to build a new architecture for the next generation of audio with new device types, high‑quality audio at low bit rates using less power, and new location‑specific audio services.”...