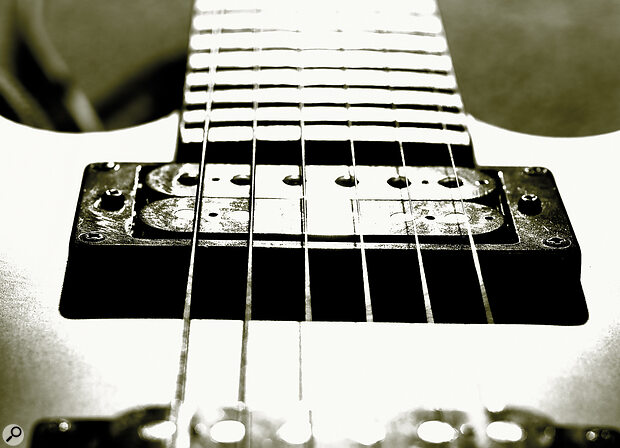 Photo: B E Merrill, CC BY 30 via Wikimedia Commons

Does your guitar sound dull and lacklustre through your pedalboard? Here’s how to side‑step the tone‑suck trap.

Most electric guitars are still based around primitive magnetic pickups and use passive, WW2‑era radio circuitry to control the volume and tone, so it’s little wonder that the sound they produce varies according to what you plug them into! If you want to get control over your sound, then, you need to understand a little about how your guitar and amp — and anything you put between them — interact. It’s largely a question of the impedances involved, but it’s important to note that impedance is more complex than resistance; the combination of resistance, inductance and capacitance makes the impedance change with frequency.

The higher the input impedance of the device you plug you guitar into, the lower the current required to drive it. If an input impedance is resistive and too low, it ‘loads’ the circuit, reducing the level. As it is in parallel with the output circuit of the guitar, it may also affect the tone. The output impedance of an electric guitar is usually a few kΩ — the specific value is determined mainly by the impedance of the pickup coils — so most guitar amps present a much higher input impedance than that, typically from 500kΩ to over 1MΩ. This ensures that the amp doesn’t unduly load the signal produced by the guitar, and it’s why plugging you guitar directly into a nice amp generally makes it pretty easy to set up a pleasing sound, with plenty of life and responsiveness.

But your guitar and amp are never the only things in the signal chain: at the very least, there will be a cable and you might use pedals too. Both change this relationship between guitar and amp, and it’s not at all uncommon for people to notice that their guitar tone becomes considerably duller and less ‘vital’ when using long cables or lots of pedals. This unwanted effect is often described as ‘tone suck’.

While it’s probably a healthy thing to approach cable companies’ marketing claims with a good dollop of skepticism, all guitar cables do have a significant effect on the sound, even when plugging directly into an amp. That’s because the close proximity of the ‘hot’ inner conductor and the outer screen makes the cable function as a capacitor. If the cable’s capacitance is too high it will dull the sound, since high frequencies pass through capacitors to ground more easily than low ones. 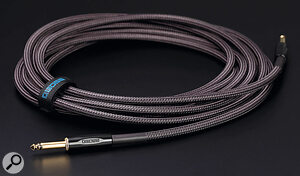 So is there an optimum cable capacitance? Not really! It’s all about what sort of sound you prefer. Sometimes, a modest amount of cable capacitance can be pleasing, especially if a particular guitar‑amp combination is too bright and ‘glassy’ for your tastes. If the cable capacitance is too high, though, that carefully calculated resonant peak will move low enough that you perceive a distinct loss of treble: the dreaded ‘tone suck’. With all this in mind, it’s worth trying out low, medium and higher‑capacitance cables with your own guitars and amps and listening for the differences. If you plug into an amp directly, simply choose what you feel is the best‑sounding cable for your guitar and that amp, and you’re done. If you have a range of guitars and amps to play with, it might be worth investigating products such as Undertone Audio’s VariCap, in essence a low‑capacitance cable that incorporates a switch to increase the capacitance to taste.

...it might be worth investigating products such as Undertone Audio’s VariCap, in essence a low‑capacitance cable that incorporates a switch to increase the capacitance to taste.

Once you get into the murky worlds of stompboxes and radio transmitters (for more on the latter, see the box), the rules change....