Pop Shields: Why You Need Them 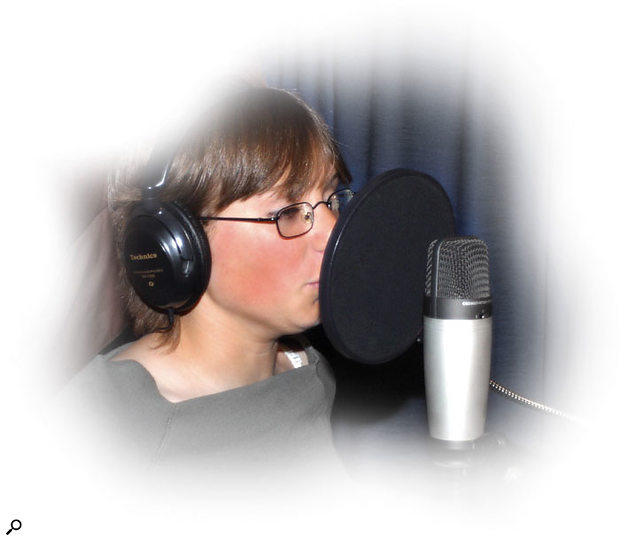 Pop shields are essential for most modern studio productions, but what are they and why are they so important?

Everyone has heard microphone announcements ruined by loud popping and banging noises, but we never hear these noises when people speak normally. That begs the question, 'What are microphones hearing that we're not?' If these noises are inconvenient during live announcements, they can be disastrous in studio recordings, so how do we go about avoiding them?

It turns out that these pops and thumps occur mainly on what are known as 'plosive' sounds, prime examples being words that start with the letter 'B' or 'P'. If you were to hold a lighted candle in front of your lips while speaking or singing 'plosives', you'd see the flame flicker, because we tend to expel a blast of air when making these sounds. By contrast, if you sing a sustained 'Ahh' sound, the candle will barely flicker at all, because you're mainly just producing sound vibrations with your vocal cords and expelling very little air in the process.

The problem is made considerably worse if the mouth is very close to a microphone. The plosive air blast is obviously strongest close to the mouth, and when it slams into the microphone diaphragm it produces a very large asymmetrical output signal. This may be so large that it can saturate the microphone's output transformer (if present) or overload the mic preamp, making the sound even worse. Engaging the low-cut filter on the mic (ideally) or preamp may ease the overloading problem, but the basic cause of the popping will still remain.

The problem is made even worse because all directional microphones suffer from the 'proximity effect', a bass tip-up which makes the microphone considerably more sensitive to low-frequency sounds from very close sources. A plosive blast is essentially low-frequency energy, and hence it translates into a loud, low-frequency thumping sound.

Capacitor mics of the type we use in the studio tend to be particularly susceptible to popping, because their diaphragms are very light, so some form of effective pop shield (or pop screen) is essential. Dynamic mics are a little more tolerant because of their more massive diaphragm assemblies, but they are by no means immune.

What Is A Pop Shield?

Even the best controlled singers (who naturally turn to one side or back off from the mic when singing loudly or plosively) tend to get microphone popping on occasions, so in most studios you'll see circular nylon-mesh screens that clip to the mic stand and sit a couple of inches in front of the mic. You can see how effective these are by trying the candle trick again. A good loud plosive with a pop screen between the mouth and the candle should barely disturb the flame.

There's nothing special about the construction of most pop shields — in fact, you can even make one for yourself out of a pair of old nylon tights and a wire coat hanger.

There's nothing magic about these screens, and you can use ordinary stocking nylon to make one for yourself if you can devise some way to support it. At one time commercial pop shields were quite expensive, but competition has caused prices to drop to the point where making your own really isn't worth the effort.

The way the pop screen works is simple — sound passes through the fine mesh with just a little high-frequency reduction, but plosives are stopped dead. As the puff of air from the mouth hits the mesh, it breaks up, becomes turbulent, and loses its coherence, so what starts off as an organised mass of air ends up being randomised so that the air molecules are no longer all pushing in the same direction. It's simple, but it works!

To make the screens even more effective, many designs incorporate two layers of mesh a short distance apart, so that anything that gets by the first layer is mopped up by the second. Such a screen will tame even the worst plosives. However, it is crucial that the windshield is spaced a couple of inches in front of the mic capsule — there has to be a volume of still air between the pop shield and mic capsule.

Although the amount of high-end loss is generally very small, some engineers still feel that nylon-mesh pop shields have too much effect on the sound. Fortunately there's an alternative, which is to use a slightly more widely spaced mesh made from woven or perforated metal. The larger holes have less impact on high frequencies, but the hole spacing is still small enough to convert blasts of air to harmless turbulence. Even a metal kitchen sieve will work, though its looks leave something to be desired! 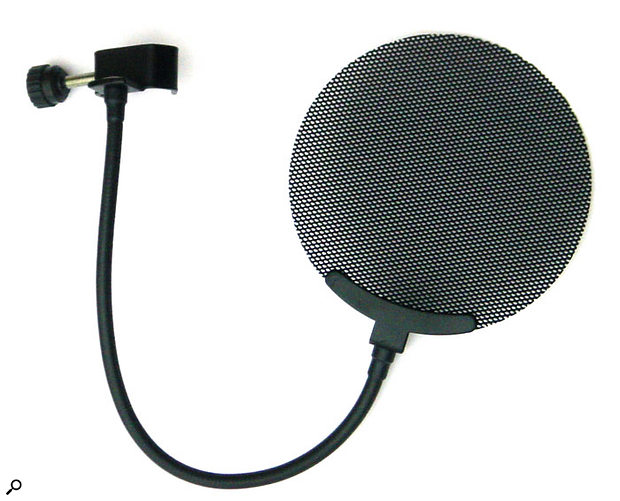 Nylon-mesh pop shields can cause a slight dulling of the sound at high frequencies, but metal-mesh designs such as this one don't suffer as much.

The reason the wire basket covering the capsule of a typical mic doesn't usually prevent popping is that it is usually too close to the capsule to be effective, though some hand-held capacitor models have the capsule set further back to make the mesh more useful — effective though pop screens are, they're too visually intrusive for most types of live performance.

The bottom line is that you should always use an effective pop shield when recording close-up vocals. You don't need one for most instruments (though they can be useful near hi-hats, which expel gusts of air when closing), and you don't need them for recording vocals at a distance, such as choirs, but for typical studio recordings where the singer is only a few inches from the mic, they are absolutely essential. 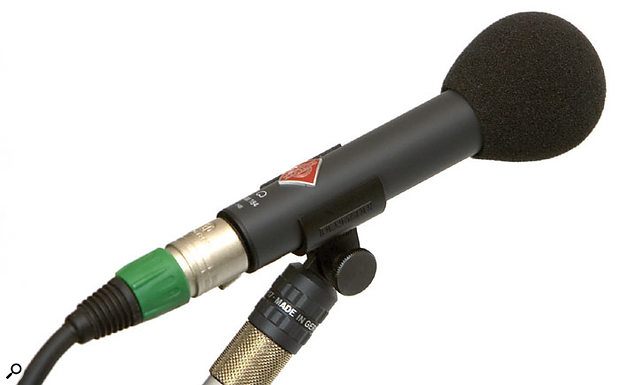 Some microphones come with foam wind shields that fit over the microphone grille, but in practice they tend to be ineffective against anything more than a gentle breeze, and they are no match for a full-on plosive. Furthermore, the thickness of foam invariably absorbs some high frequencies, causing the sound to become noticeably duller than it should be. Wind shields can be handy in live performance to stop the mic filling with drool, but they have a very limited effect on popping.