Q. Can I make my computer perform better with Reason? Skip to main content

Q. Can I make my computer perform better with Reason? 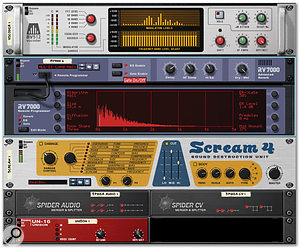 I have an oldish Mac with only 128MB of RAM, and would like to know how I can squeeze the most out of it with Propellerhead's Reason.

Columns Editor Debbie Poyser replies: Reason runs very efficiently, even on what we might now call low-powered computers, but there are still things you can do to optimise its performance. Firstly, with not much memory, a common-sense measure is not to have other applications open at the same time unless you really have to. In addition, don't have more than one Song at a time loaded. Devices used in a Song can also affect the Song's RAM requirement: Songs using a lot of samples will need more RAM to load, while ones using, for example, mainly Subtractor modules as sound sources won't need as much. Another option, of course, is to buy more RAM!

With lower-powered computers, think about the choice of devices in your rack, as some are definitely more CPU-intensive than others: using lots of Malström synths, for example, will have an effect on performance. Likewise, samples layered and tweaked to death in NNXT. The newer devices added to Reason in v2 and 2.5 tend to be the more power hungry. Watch out with the powerful new RV7000 reverb, and if your computer is struggling, confine yourself to the older effects devices. If you need to use the RV7000, make sure to use it in a send-return configuration so you can effect lots of different signals with it, rather than 'inserting' a reverb (actually, in Reason, using one in-line) for each device you want to process. In fact, generally try to use the send-return system where possible. If you're using samples, employing mono samples where you don't actually need stereo ones may help too.

Don't use the High Quality Interpolation button you'll find on the sample-based devices, as this activates a more complex interpolation algorithm and needs some extra processing power (except, apparently, in the case of Apple G4s). Conversely, do try using the 'Lo BW' (low-bandwidth) switch, which reduces the HF content of sounds/samples and cuts overhead a little. You might find with some sounds (those at the lower end of the frequency spectrum or those which have been heavily low-pass filtered) that you don't hear the difference anyway. It probably goes without saying that you shouldn't use 24-bit samples if you don't have to; un-checking 'Use High Resolution Samples' in the general Preferences menu makes Reason convert any 24-bit samples to 16-bit. Other little tweaks you can make include deleting unused devices from your racks, and folding up ones that the Song is using but whose settings you don't need to change. Disabling cable animation, in the Edit menu, won't do any harm either.

Be efficient with your sound programming and don't use resources you don't really need. For example, bear in mind that single-oscillator synth patches (in both the synths) use less power than dual-oscillator ones, and that filtering demands some juice too. Don't activate filters you're not going to use, and disable noise in Subtractor or the Shaper in Malström if you don't need it.

If you've really gone to town with a track, using lots of sound sources and complex processing, and as a result your computer is struggling to play the Song back reliably, there may be something you can do to save power but still retain the work you've done. If the song is repetitive, consider using the 'Export Loop as Audio File' option in the File menu to save a few bars as an audio loop, then load it back in to an NN19 or NNXT, or a Dr Rex if you can first process the audio using Recycle or similar software. Then delete the original devices used to produce the loop (after saving the Song first under a different name in case you want to go back to it). You won't be able to keep tweaking the now-fixed loop but you'll save on the devices and effects used to produce it. Look in the 'Optimising Songs' section of the Reason user manual for more power-saving suggestions.