Q. How can I prevent feedback?

When setting up for a gig we always suffer really bad feedback from the singer's mic. We've tried positioning things differently, but it doesn't seem to help. We're pretty new to this; how can we counteract feedback?

SOS Editor In Chief Paul White replies: Acoustic feedback is caused when sound from the speakers gets back into the microphones at a high enough level to cause the signal to keep increasing. This produces acoustic feedback as the signal cycles round and round the system. Positioning the main speakers well in front of the vocal mics and aimed so as to minimise the amount of sound bouncing back into the microphones will help, but there are other issues to consider. For example, if the wall behind the band is hard, it will reflect more sound back into the live side of the microphones. Imagine the room is made of mirrors and it'll be easier to establish where the problematic reflections are likely to come from. If you can hang up a thick fabric backdrop, it will help, as will positioning the main speakers so that most of the sound goes into the audience, and as little as possible points toward the walls and ceiling.

Feedback always starts at the point where the gain is highest and where the phase of the audio picked up by the mic reinforces what is coming from the speakers. If you apply EQ boost, there's more likelihood that feedback will occur at the boosted frequency, as that's where the gain is highest, but the same applies to microphones and PA speakers that have significant peaks in their frequency response curves. Choosing good-quality mics and speakers might help to minimise the risk of feedback. A mic with a gentle presence peak should be OK, but some cheaper mics have very pronounced peaks that can cause problems. You also need less gain if the singer has a naturally loud voice, so those with quieter voices need to work close to the mic. Quiet singers who stand back from the mic have no chance in smaller venues, where mics are invariably closer to the speakers than is ideal.

Stage monitors can be particularly problematic when it comes to feedback, so it pays to spend a little more on monitors that have a reasonably flat response. You also need to ensure monitors are aimed toward the least sensitive part of the vocal microphone, which, for a cardioid pattern mic, is directly from the rear. You may need to angle the back of the mic downwards to achieve this, but it will help. Hypercardioid mics, on the other hand, tend to be least sensitive around 45 degrees off the rear axis, so aim the monitor there. 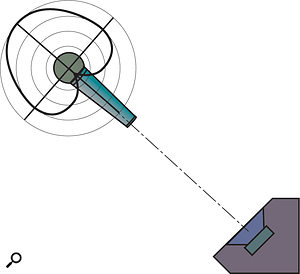 The area directly behind a cardioid mic is the least sensitive, so positioning stage monitors there will reduce the risk of feedback. However, if you're using a hypercardioid mic, this is true of the area at a 45‑degree angle to the rear axis. 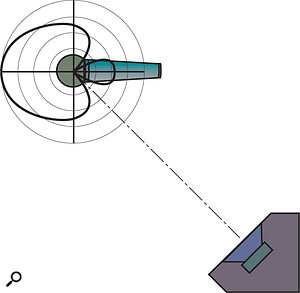 A third‑octave graphic EQ can help pull down troublesome peaks, but the type you find built into mixers, with only five or six bands, isn't very useful for dealing with feedback, as they change too much of the wanted sound. They can help balance the overall room sound, but that's about it. A better solution may be to connect an automatic 'feedback eliminator' hardware device to the mixer output. These are set up during the soundcheck by turning up the mic gain until feedback occurs, at which point the device measures the frequency and sets up a narrow filter to pull down the gain at that frequency. Most have several filters that can lock onto the main feedback frequencies, and they can help you gain a few more dBs of level before feedback becomes a problem. As the filter bands are so narrow, they have little effect on the overall sound. Most also include roaming filters that can lock onto feedback that occurs during performance, as it might if the singer moves the mic around. 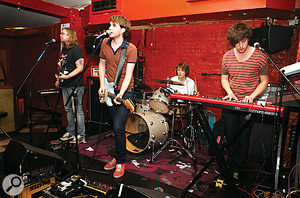 Small venues of the type that so many up-and-coming bands play definitely make the fight against feedback harder, as they provide fewer opportunities for optimum positioning of PA speakers.Finally, when setting up levels, establish a maximum safe vocal level, leaving a few dBs of fader travel in hand, rather than working right on the edge of feedback where the sound is ringing all the time. Then set up the level of the back line to match the vocals. It's no good setting up the backline first and then expecting the vocals to match it, because in most small venue situations the vocal level is the limiting factor. You'll also find that some venues are inherently worse than others for feedback and you just have to live with it.