Q: How do you record a Leslie speaker? Skip to main content

Q: How do you record a Leslie speaker?

The crack team of Paul White and Hugh Robjohns have travelled the world solving readers' problems. Here, they put aside the Hob Nobs and answer some of your recording queries in our Q&A mini–series, Sound Advice. 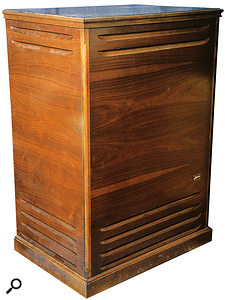 Hugh: The Leslie speaker is one of those delightfully old–fashioned mechanical/acoustic devices that works brilliantly, but is actually extremely complex technically! There are several different designs, varying from a single-rotor model, through the 'classic' arrangement of separate bass rotor and treble horn, to more elaborate systems with built-in reverb channels, static channels, and so on. Also, while the 'Leslie' was the original and best, several other manufacturers have had a go at making their own versions, including Karma, Elka, Roland and others. 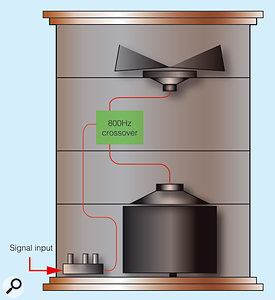 Paul: In the classic Leslie, the cabinet is divided into three. The middle section houses the two drivers, with the bass speaker facing down into a rotating drum. This has an angled baffle that 'throws' the sound around the room. The high–frequency driver sends the treble up into a rotating horn in the top section of the box. The rotor has two horns, but sound only comes from one — the other is a dummy just to balance the working one. The crossover between the two drivers is at around 800Hz. The horns rotate in the opposite direction to the bass rotor, and they each have a pair of motors, which provide slow 'chorale' and high-speed 'tremolo' modes.

Hugh: The horn and bass rotors are different weights, so they take a different period of time to speed up or slow down, which is an important part of the Leslie effect, and Hammond players often modify the system to change the sound. The baffles at the end of the treble horns are often removed to give a more pronounced effect, and weight is sometimes added to the bass rotor to make it take longer to change speeds!

Paul: The standard miking approach is a single mic in front of the bass rotor and a pair for the treble horns, and usually dynamic mics are used, such as Shure SM57s or Sennheiser MD421s. You can use two mics on the bass rotor for a bigger effect if required, but often the swirling stereo bass can be overpowering and makes cutting vinyl records more of a challenge!

Hugh: The relative positioning of the two horn mics is the most critical aspect, since this determines the stereo width and the depth of the rotary effect — but it is very much a matter of personal taste and what works in the track. The most extreme effect is with the mics on opposite sides of the cabinet, facing each other. A more familiar kind of sound is obtained with the mics angled towards the pivot point from each side of the open rear panel — but, as ever, experimentation is the key. 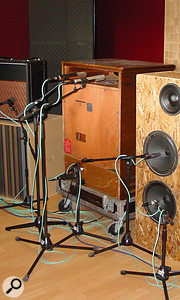 A Leslie cabinet (centre) being close–miked at Tori Amos' Martian Engineering studios.Paul: If you're in a large room and you need to minimise the amount of reflections, it's best to close mic. Be careful to keep the Leslie away from the wall, at the same time avoiding miking anything at the exact centre of the room, as that seems to be a trouble spot, especially at low frequencies, and more so in square rooms. In a small room where proximity to the walls is unavoidable, hanging acoustic foam or other absorbers on the wall at the level of the tweeters may reduce unwanted coloration, but try both with and without absorbers, as in some rooms the reflected sound may improve the effect.

Hugh: Things to be aware of include the turbulence that the horns create; so be careful not to put the mics too close or you'll get wind noise. The bass rotor is normally covered in a fabric 'skirt' which helps reduce turbulence, but sometimes this has been removed. Simple foam windshields can help if you have to mic very close.

Paul: A relay in the amplifier chassis is used to change the power feeds to the drive motors, and this can produce a surprisingly loud click. So it is sensible to place the bass rotor mic on the opposite side of the cabinet and angle it to minimise picking up the clicks.