Q. How Good A Subwoofer Do I Need For Mixing? 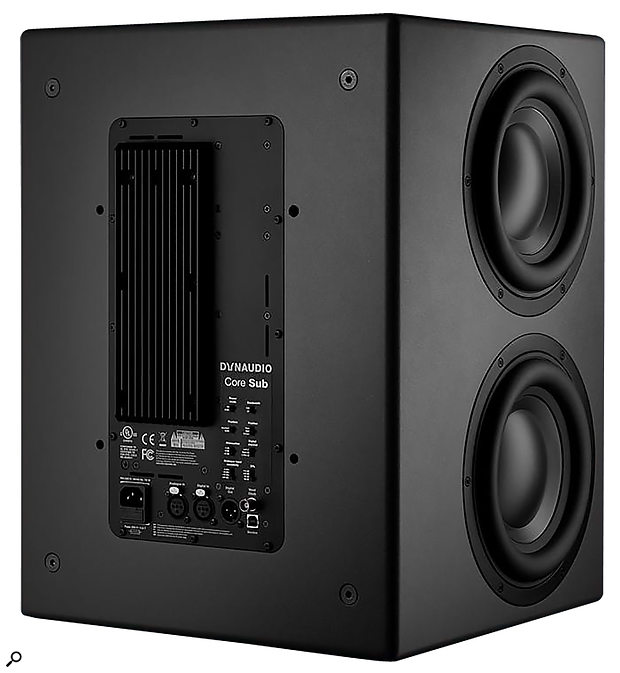 Good, pro-quality subwoofers will feature things like balanced connections and crossover filter frequency options, and they'll also deliver your signal with much lower harmonic distortion and smearing of notes.

I want to get a subwoofer for mixing in my home studio (I already have bass trapping sorted!). The thing is, subs seem to vary in price massively and I don't really understand the difference between them — and lots of manufacturers don't even seem to publish the same specs! Will a decent hi-fi sub do the job? Or do I need, say, a PreSonus or ADAM one designed specifically for the studio? And will more expensive ones be better than those — and if so why (and how much better)? I need to draw the line somewhere, but I've no idea where or how much I need to spend to make it worthwhile.

SOS Technical Editor Hugh Robjohns replies: Setting aside the question of whether adding a sub will help or hinder monitoring accuracy (it's often the latter), this is one area where you really do get what you pay for!

There are many different types of subwoofer intended for several different markets, but most 'affordable' subwoofers are primarily intended for home-theatre applications and thus designed to be as small and efficient as possible. That means trying to extract a great deal of performance from an undersized driver in an undersized cabinet, which isn't a recipe for high quality.

Fundamentally, the requirements of a subwoofer in the domestic home-theatre role are quite different from those of a music studio. The subtleties of low-frequency (LF) timing and tuning aren't that important when someone is watching a blockbuster movie — they just want the explosions and crashes to sound big and powerful, and so monotonicity, transient overhangs and huge levels of harmonic distortion don't matter.

These things really do matter in a music studio context, however. A subwoofer needs to play all the notes equally well, with tightly controlled starts and stops. And LF distortion is a very real problem, because the harmonics of low-frequency fundamentals obviously stretch out right across the mid-range, which is the most critical part of the audio spectrum. It makes a mockery of investing in high-resolution monitor speakers if the accuracy and transparency of their mid-range is going to be masked behind a thick veil of harmonic distortions thrown out by a poorly designed subwoofer. It's rather like monitoring through an LF exciter, and it will not lead to good mixes.

It makes a mockery of investing in high-resolution monitor speakers if the accuracy and transparency of their mid-range is going to be masked behind a thick veil of harmonic distortions...

There are lots of factors involved in how much distortion is generated by a subwoofer, but a big one is how far the driver cone has to move to generate the required SPL, the strength and linearity of the magnetic field, and whether the voice-coil stays within the linear region. Smaller 'long throw' drivers typically used in consumer subwoofers tend to perform much worse in this regard than larger heavy-duty, custom-designed drivers working far less hard. There are also issues over the size of the cabinet, whether the cabinet is ported and, if so, the port's tuning characteristics, vvwhich affect the overall performance and SPL capability of the subwoofer. In a music studio it's often necessary for a subwoofer to generate relatively high levels of clean, tuneful bass continuously, rather than just generate occasional booms.

And then there is the question of how easy it is to align the subwoofer with the main monitors. If the subwoofer comes from the same manufacturer as the monitors it's a safe bet that the complexities of integrating the whole system will have been taken care of, and the performance of the system will meet the required specifications. But that's unlikely to be the case when combining a randomly selected home-theatre or hi-fi sub with professional monitors.

To integrate a subwoofer with main monitors, their crossover responses need to be harmonised in terms of corner frequencies and filter slopes and their relative levels need to be matched, as does the phase alignment. Often there is no provision to adjust some, or even any, of these parameters in a consumer subwoofer. An independent DSP-based room-alignment system might help in some situations, but many deliberately don't apply much, if any, treatment at subwoofer frequencies because of latency issues and the risk of damaging the drivers. And in any case, there's nothing they can do to correct for the physical limitations of an inadequate sub, or inherent distortion products.

And as tainted icing on a disappointing cake, many home-theatre designs use unbalanced input connections, making nasty ground-loop noises a strong probability.

So, if you want to add a sub for critical listening applications, it really needs to be one that's been designed for studio use. As to which models are up to the job, that's really about how good a monitoring system you're aiming for. There are significant differences in price, and you'll tend to find that the more you pay, the lower distortion they exhibit at the same playback levels. The biggest difference between smaller and larger models in the same product range is likely to be how loud they can go before the distortion figure rises unacceptably. But as a general rule, the subwoofer will cost rather more than nearfield monitor speakers of similar quality.

Of course, if all you want to do is add trouser-flapping low end to impress band members, the quality is less critical — just don't expect to make great mixes without turning off the sub!