Q. Is it worth isolating my speakers and other equipment? 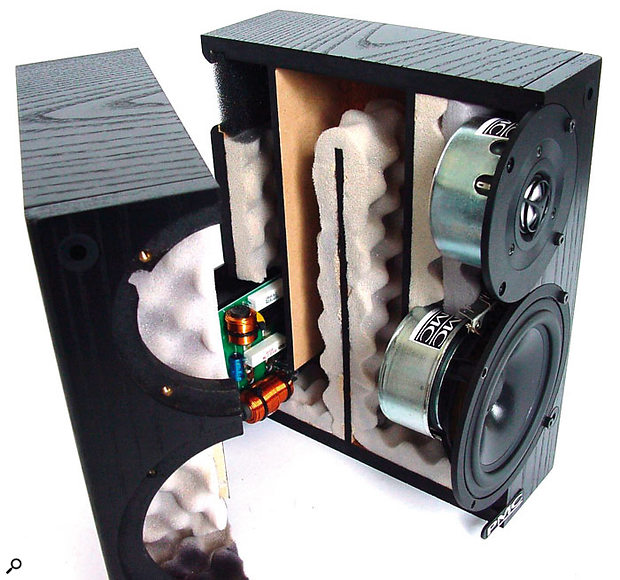 With properly designed and constructed monitors, whether active or passive, you needn't worry about internal vibrations damaging electrical components.

I would like to know how much benefit can be gained by isolating my speakers and other gear from their supports — so-called 'seismic isolation'. I recently saw a forum posting suggesting that passive monitors have an advantage over active ones as, in the case of the latter, vibrations from the speaker can affect the components of the built-in amp. The benefits of decoupling equipment using springs that have a very low resonance frequency so that it 'floats' was also discussed. Apparently many things can benefit from this technique — not just speakers but CD players and studio gear also. Improvements to the stereo field and depth are said to be quite noticeable. I would like to know if the £1300 I spent on an active Blue Sky System One (which I like very much) would have been better spent on passive speakers and an external amplifier. Can you shed any light on all of this for me please?

Technical Editor Hugh Robjohns replies: With regards to what you read about internal vibrations in monitors, in general neither the active or passive form has an advantage in this regard, and both potentially suffer exactly the same problem.

Clearly, there is a lot of sound energy inside most loudspeaker cabinets, and if that energy is allowed to impact on electronic circuit boards it is possible that some components might resonate and vibrate, eventually resulting in damage to the solder joints or the components themselves, and possibly such mechanical resonances might affect the electrical signal passing through the components. However, this would apply equally to passive crossover boards as much as active amplifiers.

In 30-odd years of playing around with loudspeakers in many and various forms, I can't say I have ever found this to be a real problem. I have occasionally come across speakers that have suffered component or solder joint failures, but in all cases the causes have been traced to faulty production or failures in quality control. When the faults were fixed properly, none recurred as far as I am aware — even though you would expect them to if the sole cause was sound vibrations within the cabinet. So I am confident that this argument can be set aside as a popular but completely unfounded myth.

Mechanical isolation of speakers or other devices from their supports can be used to advantage in certain situations, but it is a complex subject and it is easy for the inexperienced to make the situation worse with inappropriate decoupling systems. In my experience, most equipment works best when mounted on solid, heavy supports — there is nothing as effective at controlling vibrations as a lot of mass.

However, sometimes it is necessary to come up with some form of decoupling to prevent vibrations generated in one source from entering an adjacent surface. The classic example is that of placing nearfield speakers on a desktop, when the inherent speaker cabinet vibrations will often cause the desktop to vibrate and resonate, resulting in unwanted rattles. In this situation, placing the speakers on some form of decoupling medium can improve matters — something like the Auralex Mo-Pads, for example, are very effective. However, far better results can be obtained by removing the speakers away from the table top completely and mounting them properly on solid, heavy stands placed directly on the floor. 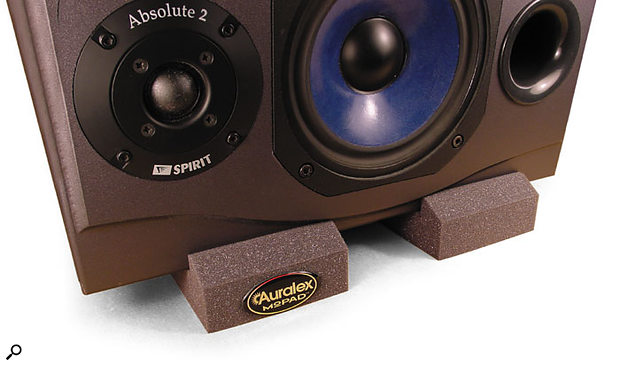 Auralex Mopads can be used to isolate monitors placed on a desktop, but heavy-duty floor stands are best of all.

As far as equipment is concerned, I don't subscribe to the view that properly designed and manufactured amplifiers and other electronics should be decoupled to improve stereo imaging or anything else. However, when it comes to systems involving some mechanical element — like record players, CD players and so forth — unwanted vibrations entering the mechanical system certainly can cause problems.

Most people are very well aware of the susceptibility of record players to external mechanical or acoustic vibration. The required tracking precision in CD players and DVD players is many orders higher, and mechanical vibrations that reach the mechanism will affect the accuracy of the tracking. Potentially, this will cause the tracking and focus servos to work harder, forcing greater current flows at higher frequencies through the motors. In cheaper designs, this may well affect the power supply's stability and result in noise currents reaching other parts of the circuitry. Reduced tracking precision can also potentially result in a greater uncorrected error rate and far more jitter. Cheap and poorly designed players are likely to suffer these effects to a much higher degree than properly engineered equipment, which will usually incorporate properly decoupled drives, effective de-jittering circuitry, and so on.

It's a familiar scenario in the hi-fi world — people discover that badly engineered equipment reacts 'unexpectedly' to different cables, mechanical decoupling, or painting with a green pen — all of which bestow a 'miraculous' benefit to the sound... and then declare (from no scientific basis whatever) that all vaguely similar equipment will behave the same. It's just not the case.

As to whether you would have been better off buying passive monitors and an amp, the answer is probably not. I can think of some excellent passive monitor and amp combinations for the rough cost you mention, and in direct comparisons I dare say some people would prefer a passive speaker and amp configuration over your Blue Sky System One. But it comes down to personal preferences regarding sound, convenience and styling, and how the system works in a given room. I think you can continue to enjoy your Blue Sky system and completely disregard any faux concerns raised by the technical myth-spreaders!