Q. Should I sync my MIDI gear with my multitracker? Skip to main content

Q. Should I sync my MIDI gear with my multitracker? 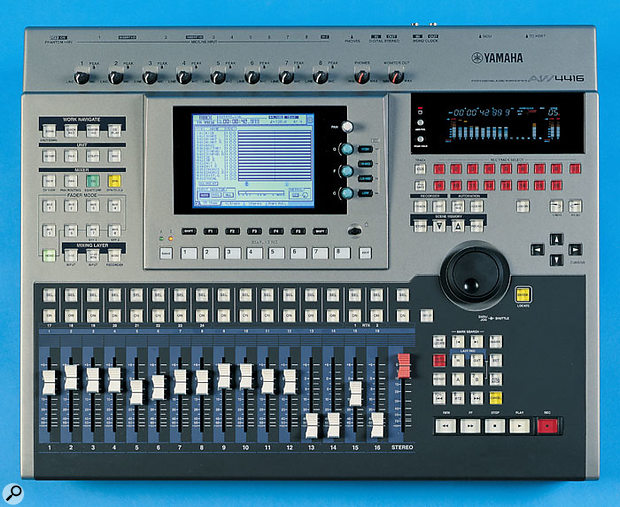 I recently bought a Yamaha AW4416 digital multitracker and am in the process of getting to grips with its features. I'm going to be recording some vocals and guitars to the hard drive, but I use a lot of MIDI-sequenced sound modules for backing, so I am considering the option of sync'ing my sequencer with the AW and running the modules in time with the recorded material. Nevertheless, I'm still not sure if it would be more sensible for me to record the outputs of the modules to the hard drive. What are the pros and cons of each method?

SOS contributor Tom Flint replies: First, let us deal with the MIDI synchronisation option. External sequencers can be sync'ed to the AW4416 via MTC or MIDI Clock. There are several advantages of working in this way, the main one being that the sequenced part of a composition is always editable, right to the point where everything gets mixed down to stereo. This means that a basic MIDI arrangement can be developed hand-in-hand with recorded audio parts. Indeed, it's often the case that once a vocal or guitar arrangement is added to a composition, some part of the MIDI backing becomes redundant and needs to be removed or changed.

As far as audio routing is concerned, unless you want to use an external mixer, the setup requires the sound modules to have their own set of input channels and sockets in the AW4416, which can get complicated if you are regularly using the inputs to record multiple instruments to the hard drive. If you have a number of MIDI sources you might consider buying an analogue input card so that the modules can be permanently connected without obstructing the inputs you typically use for recording. For example, Yamaha's MY8AD and MY8AD24 YGDAI expansion cards (the latter being a 24-bit version), provide eight balanced TRS jack inputs, allowing four stereo modules to be connected and routed to input channels without troubling any of the standard ins.

The main problem with the MIDI sync approach becomes apparent if you have to take your recorder out of the studio to a session, to record a vocalist or instrumentalist, for example. If none of the sound module parts are recorded, you would have to either take the entire MIDI rig to the session, including sequencer, effects and modules, or you'd need to bounce all the audio sources to a spare couple of tracks in order to create a guide part (this is done by routing all the relevant input channels to a pair of busses, and then assigning them to a pair of record tracks).

One further drawback is that there are more chances for a non-recallable setting to get altered accidentally. For example, you could spend ages carefully setting up EQ, level and processor settings for each mixer channel, only to find the mix balance completely altered by a nudge of a sound module's volume fader, or tweak of a global parameter setting. The problem is likely to be compounded further if you continually have to unplug sound modules from the inputs so that vocals or guitars can be recorded. In such circumstances, the AW4416's preamp pots will need to be reset to their mix position after every recording session. Problems such as this are definitely worth taking into account if you are someone who takes equipment out on the road regularly, if you are likely to adjust the settings of certain modules from one song to another, or if you intend to use the AW for a variety of jobs.

I use an AW4416 sync'ed to a MIDI setup, and at the moment I record my MIDI gear to the AW because most of my songs have MIDI arrangements that were carefully prepared as backing for live gigs. I like the fact that once the sound modules are recorded they can be disconnected, freeing up AW4416's input sockets and channels for other uses, and it's comforting to know that a composition will not be damaged if I adjust a few module faders or preamp levels. I've also found it useful to have been able to take the AW to recording sessions across the country without needing to do any submixing or take MIDI outboard with me. 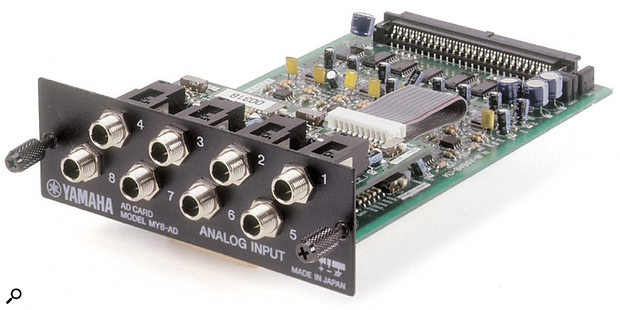 The recording method's most obvious drawback is that it uses up valuable audio tracks that could otherwise be use for massed backing vocals or other parts, although by making good use of virtual tracks and the bussing structure it is still possible to comp multiple backing parts — see the Yamaha AW4416 User Tips article in SOS June 2005 for more on how to do this.

Another problem arises if the recorder and sequencer have not been synchronised and a MIDI part needs modifying late on in the recording process. This is because the replayed MIDI part is likely to be out of time with the rest of the composition. Fortunately the AW's onboard editing tools make it possible to move audio in time.

The AW4416 User Tips features didn't explain how to do this, so here's an example, assuming that the part about to be replaced is a sequenced performance played from a stereo drum machine.

First off, record the new part to a pair of unused tracks or virtual tracks, but leave the old drums intact. Once recording is complete, the exact relative position of the old and new recordings needs to be established. To do this, stop the recorder on the original drum track's first distinct beat, navigate to the waveform page and use the data wheel to scroll to the beginning of the wave. Identifying individual beats visually is easier when the waveform display is set to a low resolution, and therefore has small vertical (Amp) and horizontal (Time) values. A low Time number also makes scrolling to the correct point considerably faster. Nevertheless, once the position marker is at the start of the beat, a finer resolution needs to be selected for precise positioning. I rarely use a time resolution smaller than 'x2048' for this purpose.

Next, press Locate and note down the exact time value. I like to double-check the position by looking at the waveform of the other track in the stereo pair The two should match, but off-centre panning can alter the point at which the waveform is visible, so it's best to be sure. If all is OK, the same beat-locating procedure can be used to determine the corresponding start point in the newly recorded drum track. Once again, note its position down exactly, making sure that the figure is taken when Time and Amp settings have the same resolution as was used previously.

Next it's time to start editing. For the sake of this example, let's say that the original drum pair began at 05.240 but the new drums start later at 05.365. It's then simply a matter of subtracting 240 from 365 to leave 0.125. Therefore 0.125 needs to be cut from the start of the new tracks. Before deleting anything, it's worth pairing the drum tracks so that any editing work done to one half of a pair is automatically applied to the other. Track, as oppose to channel, pairing is done by clicking on the relevant broken-heart symbol in either the TR Editing screen or the V Track page.

To make the edit, select Part rather than Track or Region, and choose to 'Delete' the relevant track numbers. Set the start point at zero and end point to 0.125. After the edit, check that the position of the waveform matches that of the old audio, and do a listening test to ensure the work has been successful. If you are playing back the new tracks next to the old there should be a degree of phasing and cancellation all the way through, thus proving that the new parts are about as close as they needed to be. The old drums can be deleted as soon as the new parts have been saved to disk.

On other occasions you may have to insert space rather than cut it to align the parts, but process is identical, except that, from the Edit Part menu, Insert needs to be selected rather than Delete.

So as you can see, both methods do have pros, cons and workarounds, the choice just depends on how you prefer to do things.