Q. Should I EQ the whole mix?

While I know this is pretty much the job of a mastering engineer, how frowned upon by professional mixing engineers is applying EQ to an entire mix? 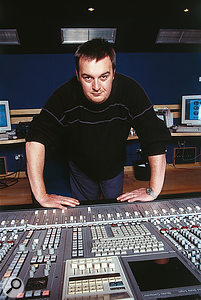 Using EQ across an entire mix is by no means out of bounds: top mix engineer Spike Stent, for example, has no qualms about doing just that. SOS Contributor Mike Senior replies: Not very much at all. Many mix engineers are happy to use EQ over their main outputs, although this topic seems to arouse less heated debate amongst studio denizens than does bus compression.

There are lots of reasons why you might want to do it. The first is purely a practical one. Let's say you've spent all day tweaking your mix so that it sounds balanced and finished to you. Then you compare it to a selection of commercial mixes in a comparable style and realise that your mix actually has a slight overall tonal imbalance: perhaps too much mid-range, say, if you've been monitoring loud. The human hearing system is phenomenally good at adapting to what it's hearing, so you won't necessarily notice this kind of overall imbalance during the mixing process, because your ears will simply have adapted to it. (Dealing with this issue is one of the big challenges every mix engineer faces.) Now, given that you have a tonal imbalance, you could go through every single track in your mix and tweak its mid-range to solve the problem, but it's clearly much simpler to strap an EQ across the whole mix and dip the mid-range there instead.

Another very good reason for using bus EQ while mixing was mentioned by Mark 'Spike' Stent back in SOS January 1999: "Basically, what I do with every mix is put a [George Massenburg Labs] EQ across the stereo bus of the SSL, and just lift the top end, above 10K, so I won't have to use as much high end from the SSL. The mid and high end of the SSL is a little harsh and cold. So I turn that down a bit, and then lift the high end with the Massenburg to make the mix sound warmer and add sheen." The fundamental principle of Stent's technique is just as relevant when you're working in software, too, as the more CPU-efficient EQ plug-ins that people tend to use for individual track processing tend to struggle with boosting high frequencies, in my experience, sounding quite harsh. So if you want to add high end to your mix overall, a single CPU-heavy EQ boost with a high-quality plug-in on the master bus will usually give much smoother results than a couple of dozen CPU-light boosts on individual tracks.