Q. What is negative feedback? 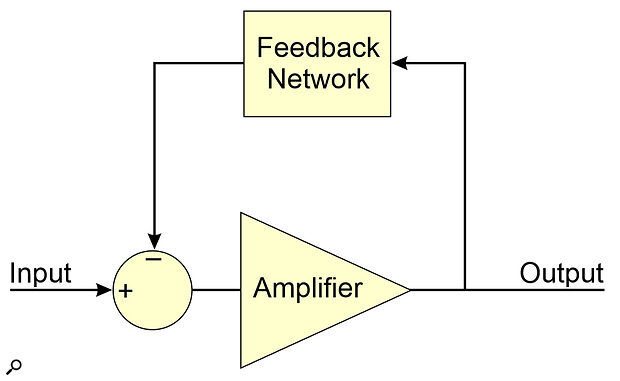 In a system with negative feedback, a ‘feedback network’ controls how much of the output signal (sometimes in a frequency‑specific way) is fed back to be subtracted from the input signal. Negative feedback controls the overall gain of the amplifier, as well as reducing the amount of distortion it produces.

I keep reading about the use of ‘negative feedback’ to reduce distortion in audio gear. How does this work and how effective is it in reducing distortion?

SOS Technical Editor Hugh Robjohns replies: Negative feedback can be found everywhere, in biology and other natural processes as well as in electronics, and much more besides. It is an arrangement whereby a portion of the output signal is compared with the input signal, to reveal any difference or error between what a process is ‘asked’ to do and what it actually does. To put it another way, it is a ‘control loop’ in a self‑correcting system.

In the case of audio circuitry, if an amplifier introduces distortion then its output will be different from the input — effectively, it contains both the wanted signal plus an unwanted error (distortion) signal. If a suitable portion of this corrupted output signal has its polarity inverted (hence ‘negative’) before being added back (‘feedback’) to the input, then the error signal is effectively subtracted from the input, cancelling out (some of) the distortion introduced in the amplifier itself, and resulting in greatly reduced distortion at the output.