Q. Why put preamps in the live room? Skip to main content

Q. Why put preamps in the live room? 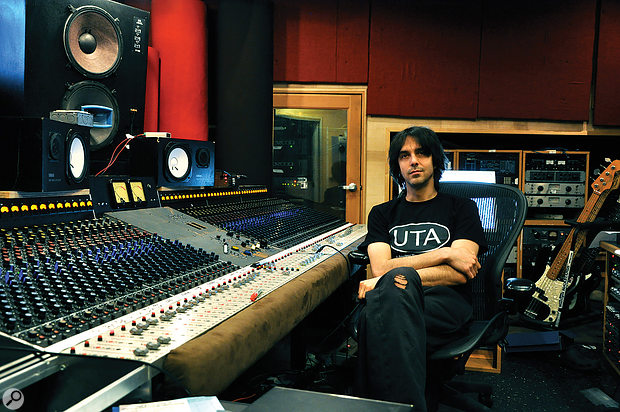 I recently came across an Eric Valentine video, in which he mentions how he keeps his preamps in the live room, close to the mics, and then runs line level to the converters which are situated elsewhere in his studio. My question is this: is there really a valid reason for doing this on runs which I imagine to be less than 100 feet? Will there even be a measurable difference in the converted signal, let alone an audible one?

SOS Technical Editor Hugh Robjohns replies: I’m afraid the answer (as is so often the case) is “it depends”! From a strict engineering standpoint, it makes sense to keep the low-level signal paths as short as possible, to minimise any degradation from interference and noise. In most recent audio installation jobs (predominantly in the broadcast radio and TV area, but also for stage and theatre work), which almost exclusively employ digital consoles, the mic preamps and converters have been placed in racks in the studios or on the stages, as close as practical to the places where the mics are used. Of course, practicality and convenience are not affected by the use of remote preamps because the technology includes comprehensive remote control.

However, in traditional analogue music-studio applications, the standard for over 50 years has been to install the mic preamps in the control room, usually inside the mixing console; and with properly engineered microphones, cables and preamps, history has shown us that it really doesn’t make any significant difference to the sound if the cable is 10 or 50 feet long. Subtle losses might start to become noticeable in critical A/B comparisons when the cable length is significantly greater than 100 feet, but I’ve often recorded at the end of a 50-metre (150 feet) multicore cable, and no one ever complained about poor sound quality from the mics!

As is so often the case, the reason for the folklore about recording with preamps in the studio really comes from the use of ‘quirky’ microphones and preamps which don’t stick to the established microphone electrical interface requirements, and even more so when using ‘esoteric’ cable types. In such cases, longer cable lengths could well produce quite audible sound differences — but only because of improper interface configurations which simply don’t work correctly (usually because of interference or inappropriate impedances).

Of course, there are plenty of respected recording engineers who swear by the quality improvement achieved by keeping preamps near the mics, Eric amongst them, and if working this way is practical, why not? It certainly can’t harm the signal quality to work this way and, potentially, it might lead to a worthwhile (albeit very small) improvement in retained detail. The argument against is usually one of practicality and inconvenience: it’s a royal PITA to have to run back and forth between control room and studio setting or adjusting mic gains!