Q. Why is the signal louder when it is panned to the centre? Skip to main content

Q. Why is the signal louder when it is panned to the centre? 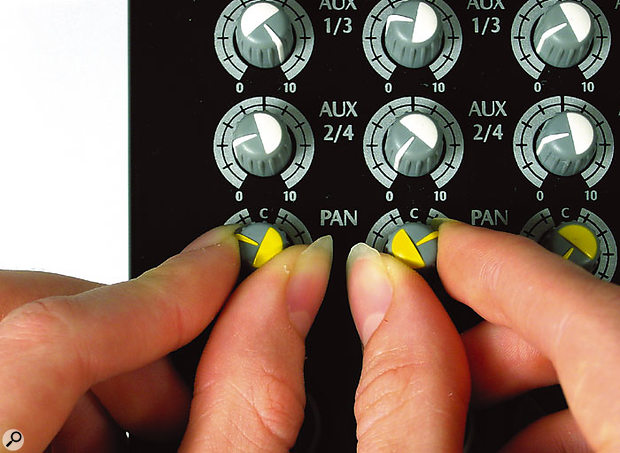 When I plug my guitar into my 16-track and send the same signal to two channels, if I pan both channels to the middle it sounds louder than if I pan one all the way left and one all the way right. Surely it should sound the same — if they are both in the middle, the signal is coming through both speakers, and if one is panned left and one right, it's still coming through both speakers. Can you explain what's going on?

Technical Editor Hugh Robjohns replies: Panning laws vary between products, depending on whether they are designed to maintain constant voltage, constant power, or a compromise between the two. The compromise version is probably the most common these days, with pan pots designed to provide something like a 4.5dB attenuation when at the centre. Constant power gives 3dB of centre attenuation, while constant voltage gives 6dB.

The constant power panning law is used where you want a panned signal to remain at more or less the same perceived volume regardless of where you pan it. However, this panning law looks wrong on the desk meters, which only show a constant level if you use the constant voltage law! Hence the halfway-house compromise law, which tries to satisfy the demands of both situations reasonably well.