Q. How should you pan vocals when double-tracking? 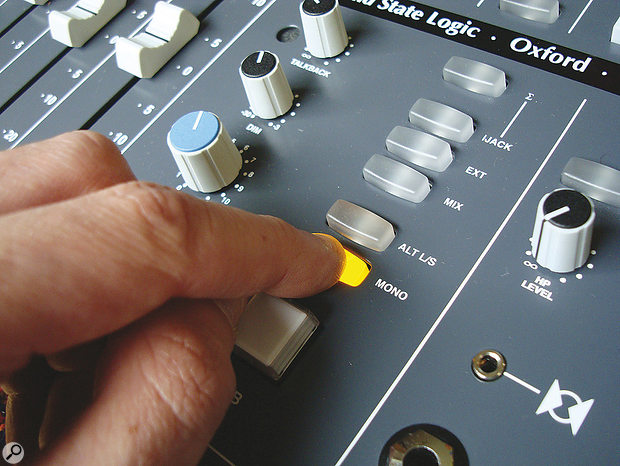 When considering how you pan double-tracked vocals, it's important to check how the effect translates to mono — and not just because of changes in the level between mono and stereo.

I double-tracked lead vocals by combining two different vocal takes from the same singer, each recorded on a different mic (a Shure SM7b and an Audio-Technica AT4033a) to enhance separation and avoid any phase issues. How do you pan vocals when double-tracking? Are they combined in the centre, or panned apart? And would you keep both vocal tracks at the same volume?

SOS contributor Mike Senior replies: It depends why you're double-tracking! If you've used two different mics to enhance the tone (combining the two mics' characteristics to create a fuller timbre), the balance of the mics determines how much of each sonic character you hear. Regardless of tonal issues, though, there's the question of how many voices you want the listener to think they're hearing. At one extreme, if you edited the double-track to match the lead extremely closely and balanced the double-track lower in level, the listener would likely perceive a single singer with a kind of organic chorus-style effect. The looser the editing and the more even the fader levels, the more the two parts will separate perceptually to give an impression of two vocalists singing together. The former scenario tends to make the sound more emotionally intimate, whereas the latter gives more of that 'communal sing-along' energy, which can work well on high-energy hook sections. Neither is 'better' — it's horses for courses.

Panning decisions are mostly in the realm of simple aesthetics, but there are some technical considerations to bear in mind in terms of mono compatibility. The first is that if you pan your double-tracks centrally, they'll tend to come through the balance more strongly in mono than they do in stereo, whereas the harder you opposition-pan them the more the mono level will weaken — by about 3dB if you pan to the extremes. Also, panning double-tracks left and right weakens any chorusey timbral side-effects of the layering in stereo because the vocal signals don't mix electrically. But when summed to mono these hard-panned layers will combine electrically, reintroducing the chorusey flavour. So it pays to check the mix in mono the moment you start panning vocal doubles, to make sure you avoid unwelcome surprises with mix translation later on.

If you do opposition-pan the two layers, it almost always makes sense to have both at the same level. Otherwise, the combined vocal image will appear lopsided. (You'd also get varying vocal levels for listeners sharing a pair of earbuds, or people sat much closer to one speaker of a stereo pair, as often happens in real-world listening environments.) Given that you're working with tracks recorded with different mics, you may get a subjectively imbalanced stereo image even with the same apparent signal levels, because of the tonal differences between the mics. If this bothers you, consider EQ'ing one mic to match its spectral content more to the other. A spectrum-matching EQ can be useful for this.