Hosted by the same no‑frills engine as supports Spitfire’s free LABS instruments and pitched at a low price, Moonglades provides the user with a modest number of distinctive sounds that can be modified to a limited but useful degree via very simple controls. It runs as an AU, VST2, VST3 and AAX plug‑in and it can be installed on two machines. The sounds were created with composer and producer Raven Bush and are described as "a distillation of his unique approach to creating, recording and sampling". 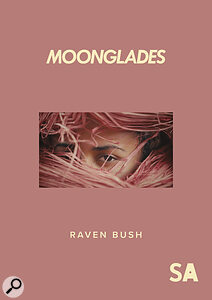 In total there are 47 presets and as with other Spitfire instruments sharing the same platform, the dial in the centre allows adjustment of one or more effects or parameters: just press the centre of the dial to see what is available for the current preset and then click on the one you want to adjust. In most cases you can access only one or two effects/parameters per patch, which are preselected for you from a list of Reverb, Delay, Release, Variation, Chorus, Stretch (changes the speed of the sample playback, while maintaining pitch) and Flanger. Two sliders access Expression (Volume) and Dynamics. User patches can be saved and various settings can be accessed by the user, such as number of voices, MIDI setup and tuning.

The first preset section is made up of techniques performed on baritone and five string violins, and for me these alone are worth the price of admission as they are extremely nuanced and evocative. The baritone and bowed harmonic sounds are particularly attractive and a far cry from typical sampled strings. Next up are sounds created using vintage synths, and while these might not pop out as being quite so distinctive as the strings, they are sounds that sit well in a mix, whether it be pop music, ambient composition or a film score. Lastly, we have a selection of percussion menus and some overtly synthetic percussive loops, some of which also include a melodic element. While some of these might sound too identifiable if used just as they come out of the box, there’s nothing to say that you can’t chop them up and rearrange them to create something more personal.

...it comes at an impulse‑buy price, so there’s a lot to like. If it inspires you to write just one new song, it will be money well spent.

What do I make of it? Realistically, I could probably come up with my own synth patches and layers to do a similar job to the ones offered, even though there are some really well‑produced ones here, and not all of the percussive loops mesh with my own compositional ideas, but those unique string voicings have me hooked.

Overall this is a simple‑to‑use instrument that lets you get right down to the business of making music and it comes at an impulse‑buy price, so there’s a lot to like. If it inspires you to write just one new song, it will be money well spent.