If you're not careful, you could find that your Pro Tools HDX upgrade leaves you without your favourite plug-ins... 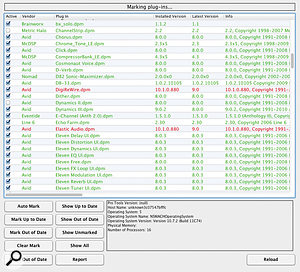 Mark Trombino's invaluable Plug Tools utility can help you keep your plug-ins up to date.

Last month, I discussed some of the hardware issues that can arise when you upgrade to an HDX system running Pro Tools 10. As this move also introduces a new plug-in format (AAX), there are also important issues of software compatibility, which I'll look at this month.

Obviously, it's a good idea to make sure all your plug-ins are up to date before you upgrade. The Avid site is getting better for providing this information, but still doesn't provide an exhaustive list. So, yet again, I turned to Mark Trombino's Plug Tools (http://emptymusic.com/software/Plug_Tools.html), which compares the plug-ins in your system with an online database. This database is kept up to date by crowd-sourcing, but even so, it told me that a number of v10 plug-ins were out of date when I ran it, so I will be updating the online database. 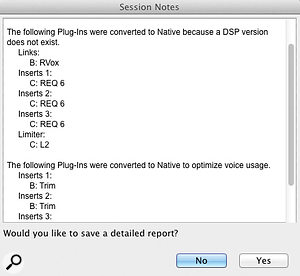 On opening an older HD session in Pro Tools 10, any TDM plug-ins that don't yet have AAX equivalents will be converted to RTAS where possible.

Only once I was happy that all my plug-ins were up to date was I ready to run Pro Tools 10 HD for the first time. It took a long time to load, as it needed to scan my plug-in folder and perform a firmware update for my HDX card, but eventually all was well. When you open existing sessions, Pro Tools intelligently converts any old TDM plug-ins that have no AAX alternative to RTAS native versions and, where appropriate, changes other plug-ins to native, to optimise voice usage by not having AAX DSP and RTAS native plug-ins on the same track. All the sessions I tried opened, although you can no longer use any TDM-only plug-ins. In my case, there were only a few, but they included my favourite pitch-correcting plug-in, Pitch Doctor from Sound Toys. 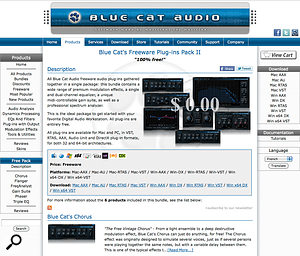 With some of the older, established names in the plug-in world being slow to move to AAX, it's the 'boutique' manufacturers who are setting the pace.

However, on my next Pro Tools boot-up, it took forever to set the audio outputs. This proved to be a persistent problem, so I started to investigate what was happening, or not happening, using the Console application, which you will find in the Utilities folder in the Applications folder on your Mac boot drive. Although I am not a Console expert, the messages that it posts can be very helpful for problem-solving, especially in conjunction with Google! In this case, I was getting repeated error messages that the computer was unable to run the MIDI server, as there were problems with some of the MIDI plug-ins. I then tried to run the OS X Audio MIDI Setup application and it wouldn't boot either. So I then removed the plug-ins from the MIDI Drivers folder and cleaned out my MIDI setup, after which Pro Tools was much happier. 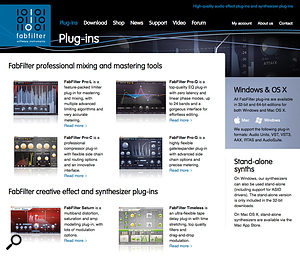 Having now got a stable system, it began to dawn on me how few of the plug-ins installed on my system were showing up in the new AAX format — not even Avid's own AIR plug-ins are available in AAX yet. So I started to research what plug-ins are available, starting with the list of "some 35 third-party companies” that Avid announced on launch day as having "AAX-compatible plug-ins ready or will have them ready shortly”. Avid's AAX compatibility web page can be found at www.avid.com/US/resources/AAX-plug-in-compatibility.

The news isn't amazing as of April, when this was written. Although companies such as Softube released AAX plug-ins almost on day one, others are being much slower in making the transition. You can read the gory details in the table in this article, and there's an independent database of the status of AAX plug-in releases at the Pro Tools Expert site, www.pro-tools-expert.com/aax-database/. Avid have also announced that the following TDM-only plug-ins are not AAX-compatible: Dolby Surround Tools, Line 6 Amp Farm and Echo Farm, all TC Electronic TDM plug-ins and Waves' PS22 Stereo Imager.I have to say I am disappointed at the take-up of AAX, and it is interesting to see that some smaller companies have ben very pro-active in going for it, while many bigger companies seem to be have been slower to react, including Avid themselves — why weren't all the AIR plug-ins and virtual instruments ready at the launch of Pro Tools 10? With hindsight, I would suggest that Avid were too hasty in giving the impression that a lot of the plug-in developers were ready with product when clearly a good number weren't — some still aren't ready, six months after the launch of Pro Tools 10 and the AAX plug-in format. That said, I am pleased to see AAX versions of the previously TDM-only Reverb One and Revibe, and I am looking forward to using the new Avid Channel Strip based on the Euphonix System 5 console. 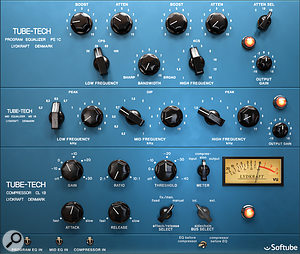 Over the entire upgrade process, I have had more problems getting my system to play nice with Mac OS 10.7 'Lion' than getting Pro Tools 10 HD up and running on the new computer. I still occasionally come across something that needs sorting, but overall it has been a worthwhile process, and the new system feels more solid and responsive than the old one — as it should! I am disappointed at the lack of AAX plug-ins, and for some jobs I don't have the tool sets available to me that I had before with Pro Tools 9. Hopefully this will be a temporary blip, while everyone ports their plug-ins across to the AAX format, but these issues are small compared to the performance benefits I have with the HDX card and Pro Tools 10 HD software.

Whose Plug-ins Are Available In AAX Format?