How Was Sanctum Sanctuorum Made? By Jamie Robertson 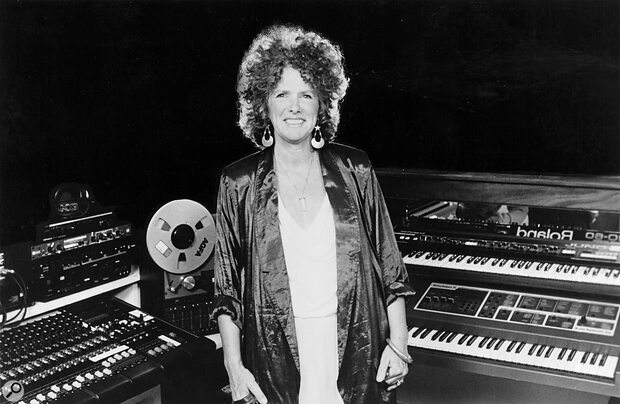 Few photos exist of Constance Demby at work in the studio. This shot presumably dates from the ’80s and features the Emulator II used on Novus Magnificat.Photo: Serwin Media Group

We engage in some audio archaeology to discover how a pioneer of electronic music created one of her most important works.

Constance Demby is often credited with developing the New Age genre with her 1985 album Novus Magnificat: Through The Stargate. She is widely remembered for playing one‑of‑a‑kind instruments of her own design, like the Space Bass and Whale Sail, in astral venues such as the Mt Wilson Observatory and Stonehenge. But what is perhaps less well known is that she was an early adopter of digital music and recording technology, and somewhat of a pioneer in making her own albums in a home studio.

I first became aware of Ms Demby upon hearing her frequently overlooked 2001 album, Sanctum Sanctuorum, my curiosity no doubt piqued by the title and the mysterious deep blue cover imagery. It snuck up on me over the years, becoming an album to which I keep returning. For me, this achingly beautiful music transcends the New Age category and sounds like a classical composition and recording. While the orchestral components are clearly synthesized, the full nature of the production with its choral components led me to think that vocalists had been hired, and the music scored and recorded in a traditional manner. I was therefore very surprised to learn recently that Ms Demby in fact made this album by herself in a home studio using sample libraries while living in an apartment in Spain.

In retrospect, this makes sense. Listening to her prior albums, you can hear the evolution of her relationship with the developing technology of the time. Novus Magnificat was almost entirely Emulator II — a year prior to James Horner’s sampled orchestral soundtrack to The Name Of The Rose. In the mid‑1990s she was using Kurzweil K2000 keyboards to create rich synthesizer soundscapes, and by 2000, with Sanctum Sanctuorum, she was using a DAW to skillfully combine refined, hybrid synth pads and sample libraries. I encourage you to pause here and have a listen to a section from the Sanctum Sanctuorum track, ‘Gateway’. I’ll be focusing on approximately a minute and a half beginning at the 3:40 mark: https://youtu.be/FaPSGBdZPdg?t=220

According to interviews with Ms Demby, the music of Sanctum Sanctuorum originated with a film soundtrack she recorded, which was released the previous year as Faces Of The Christ. Listening to both albums reveals that much of the musical composition for Sanctum Sanctuorum indeed already existed in the earlier release. Incorporating phrased‑based Gregorian chant and choir samples so organically into previously written music using the tools available in 1999‑2000 seemed noteworthy, and I badly wanted to better understand how she accomplished it. Since I could no longer ask her (Ms Demby passed away in 2021, and she worked mostly alone), I decided to embark on some audio detective work. 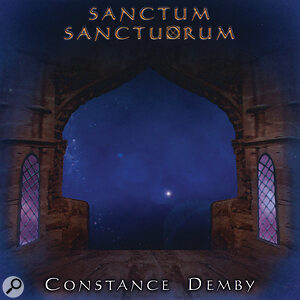 I know what you’re thinking: “Just ask around!” Trust me when I say I asked around. I even tracked down the credited engineer on the album, but he recalled so little — nothing actually about the composition or the recording process — that I have to...