The Decca Ring Cycle: Then & Now

Return Of The Ring By Sam Inglis 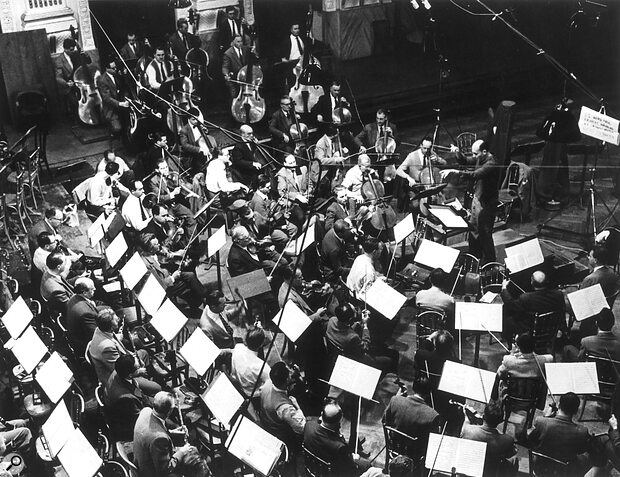 Georg Solti conducts the Vienna Philharmonic during a Ring session at the Sofiensaal, Vienna. The Decca Tree of three Neumann KM56 microphones is just visible above his head.Photo: Copyright Decca

The legendary Decca recordings of Wagner’s Ring operas were always envisioned as immersive listening experiences. They’ve now been restored as exactly that!

Historic recordings become significant for all sorts of reasons. Some embody landmark technical innovations. Some set new benchmarks for sound quality. Some break fresh ground artistically. Some achieve unprecedented success. Some are notable for risk‑taking and sheer ambition. And on all of these criteria and more, the four operas that make up Decca’s Ring set may well be the most significant recordings ever made.

Visionary producer John Culshaw oversaw the cycle, which began in 1958 with Das Rheingold and concluded in 1965 with Die Walküre. He it was who championed the then little‑known conductor Georg Solti, convinced Decca executives to fund the recording of Wagner’s masterworks, and achieved impossible feats of scheduling to make the sessions happen. With a cast of characters that includes operatic divas, Wagner scholars, interfering pigeons and the hilariously truculent Vienna Philharmonic Orchestra, Culshaw’s memoir Ring Resounding is one of the most entertaining books ever written about music recording.

It was Culshaw’s creative and organisational genius that brought stars like Kirsten Flagstad, Wolfgang Windgassen, Birgit Nilsson and Dietrich Fischer‑Dieskau to Vienna. The indefatigable producer also tracked down musical anvils, steerhorns and other paraphernalia needed to achieve near‑impossible demands in the score. But to capture the results on tape, Culshaw was wholly dependent on his technical team, and on one man in particular. 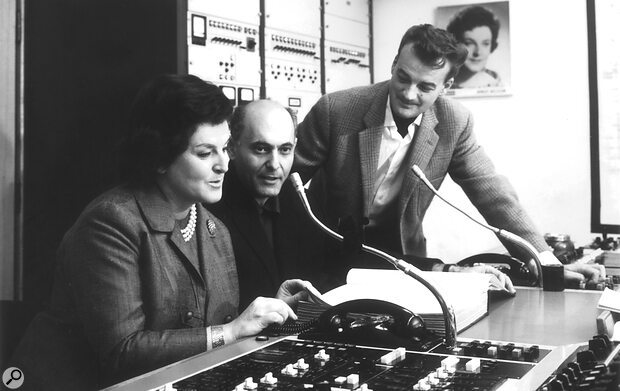 “In Vienna, Culshaw had a young engineer called Gordon Parry,” says Dominic Fyfe, Decca Classics Label Director. “His importance in making this Ring sound the way it does is underlined by the fact that Culshaw dedicated his book about the recording — Ring Resounding — to only two people: Parry and Solti, in that order.”

At the time, major labels had their own engineering staff, studios and other recording venues, and much of their equipment was built or modified in‑house. Each label evolved their own, jealously guarded techniques, and competition to achieve the best‑sounding results was fierce. Decca’s mid‑’50s recordings were already attracting attention for their quality, but Das Rheingold was unlike anything that had been heard before. It represented the simultaneous flowering of several ideas that had been in gestation for several years, perhaps the most important of which was a wholehearted commitment to stereo recording. 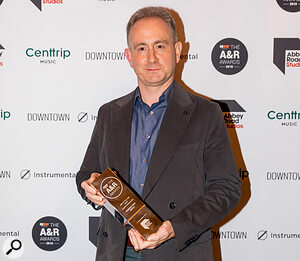 Dominic Fyfe, Decca Classics Label Director.Photo: Copyright Decca“The magic ingredient was stereo,” says Fyfe. “It is easy to forget that in 1958, when this project started, recording opera in stereo was still in its infancy, and recording complete Wagner operas in the studio was almost unheard of. For Culshaw, the medium of studio‑produced stereo was about to transform Wagner on record. His experience of working at Bayreuth in the early 1950s had left him averse to live recording and so, with the luxury of prior ‘test run’ recordings of Walküre Acts 1 and 3 in 1957, the stage was now set to scale the heights of a complete studio Ring.”

Culshaw saw stereo as far more than simply a means of capturing a performance in two dimensions. Rather, the Decca Ring would incorporate all of Wagner’s detailed stage directions and special effects, in order to create a sound world that would, in a very modern sense, be immersive.

“I think he called it ‘theatre of the mind’,” says Fyfe. “The idea was to create in sound what was demanded in the score, so that you could listen at home and imagine the characters moving about on an imaginary stage, and so on. Nothing like it had been done before. When they did Rheingold in ’58, no Wagner opera had been recorded complete in stereo. There were mono things that were just very straightforward, with no attempt at sound effects. And most opera recordings at that time were literally done with people in fixed positions, there was very little moving about.

“It was a bit like polar exploration. They were literally going into the unknown. But all meticulously planned. That’s the incredible thing. All of this was worked out. They had these huge great blackboards with all the session planning and everything. It was an incredible achievement.”

As John Culshaw eloquently explains in Ring Resounding, the Vienna Philharmonic is a unique orchestra with its own, characteristic sound. In Georg Solti, Culshaw found the perfect conductor to draw the best from them. Less widely acknowledged is the contribution of the venue in which the recordings were made — and in which Decca staff actually lived while sessions were taking place. “It is a sonic standard which is still a benchmark today and yet, acoustically, it came about thanks to the fortuitous accident of the Viennese spurning steam baths!” says Fyfe. “In 1826, the Sofienbad opened on Vienna’s Marxergasse, but steam bathing didn’t catch on and by 1849 the Sofienbad had become the Sofiensaal, reimagined as a concert and dance hall. Johann Strauss 1st conducted the opening ball, and many Strauss waltzes were first heard here.

“The secret of the Sofiensaal’s excellent acoustics was not just the high‑vaulted ceiling of the original baths, but also because the pool was covered over, creating a cavity beneath the floor and stage area. Almost entirely by accident, a depth of sound and natural glowing resonance was created which are as much an ingredient of this recording as the Vienna Philharmonic or Birgit Nilsson. Gordon Parry’s genius was to ally the natural bloom of the Sofiensaal with a soundstage of pinpoint precision.”

The trademark Decca Tree stereo microphone array had been introduced in 1954, and Decca engineers Roy Wallace and Kenneth Wilkinson had explored many variations and refinements. Then as now, the basic technique involved three mics above the conductor which would be panned left, right and centre, usually augmented by additional ‘outrigger’ mics on either side. Today, the Decca Tree is almost always implemented using omnidirectional mics, especially Neumann M50s or M150s, but Decca’s own engineers often experimented with different mics, polar patterns, placements and spacings. The Ring sessions were no exception.

“Interestingly enough, they used the Neumann KM56, which was switchable,” says Decca mastering engineer Philip Siney. “It had cardioid, it had omni and figure of eight. And they chose to use them in cardioid. We think probably the reason is that although...