While there is now a huge variety of sample CD formats, the humble audio CD is still with us and offers many users a combination of two advantages: first, sample CDs are relatively low cost; and second, their samples can usually be made to work with any sampler (software or hardware) or audio sequencer. There is, of course, a down-side. Starting from an audio CD sample set can require a certain amount of (rather tedious) editing to get the audio into a usable state within your chosen music application. Fortunately, most modern sequencer or sampler applications include appropriate tools to take some of the pain out of this process.

This month's Cubase Notes will look at how the various audio editing functions in SX can be used to speed up the process of working with loops from audio CD sample sets. Because it is is one of the most common tasks of this type, I'll focus on editing drum loops. 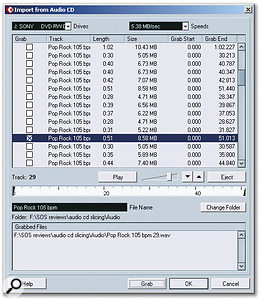 Figure 1: The Import from Audio CD window.Many drum loop audio CD sets are structured into a series of tracks, with each track containing a number of loops played in the same style and tempo. Usually the loops themselves contain minor playing variations to add interest when they are combined into a drum track. Depending on the sample set, the individual loops might be one to four bars in length, and in some sample sets a particular track might also include an intro, fill or ending. As described below, the latter type requires slightly different pre-processing to make it ready for use.

Starting from a blank Project, the first task is to grab the required audio track from the sample CD. With the disk in your computer's CD drive, File / Import / Audio CD will bring up the Import from Audio CD window shown in Figure 1. Usefully, tracks can be auditioned prior to being selected for import. It's also a good idea to type in a suitable file name before pressing the Grab button. As shown in this example, I tend to base the name on the details supplied with the sample set for the particular track and include, if supplied, the original tempo at which the loops were recorded. (The track number is automatically appended to any name you type within this dialogue.) Alternatively, the imported audio file can be renamed via the Event Info line of the Project Window.

As an aside for the real speed freaks, it's worth noting that the Import from Audio CD menu option is also available via a key command, as are a number of the other commands used in this column, if you want to speed things up. The 'Mouse-Bound' box lists some of the useful commands.

If you're lucky, the CD's producers will have included accurate tempo figures for the loops on each track and, if so, the project tempo (Project / Tempo Track) should be set to match that of the loops. If no tempo details are provided, SX can easily be used to calculate the tempo (see the 'How Fast?' box for details). Even if tempo details are provided, it's not a bad idea to check the audio playback against a MIDI click, just to be on the safe side.

While the methods described in this month's Cubase Notes make the process of importing drum loops from audio sample CDs fairly straightforward, if you have lots of loops from a number of audio tracks to import, anything that can further speed up the process will help. So it's good to know that many of the operations mentioned in this column are also available via a key command. Some examples are listed below.

Once the audio has been imported, SX will automatically place it on a suitable audio track and it will look something like track 1 in Figure 2. In this case, the audio track includes an 'intro' phrase, five two-bar loops and then four 'fills'. So that you can start arranging these into a usable drum part, the patterns need to be isolated into individual audio events.

Figure 2: The audio track as imported (track 1) and after being processed by the Detect Silence command (track 2).

While this can be done by hand using the SX Sample Editor, the process can be partially automated via the Detect Silence command (Audio / Detect Silence). Figure 3 (below) shows an example.

A certain amount of experimentation is required here to set the appropriate combination of Open Threshold level, Minimum Opening Time and Minimum Closing Time, but the aim should be to split the audio so that each drum pattern will become a single audio event. Fortunately, the Compute button allows different values to be tried out before the Process button is used to actually execute the split. While you might not do this with other types of audio, for drum loops it is best to set a very short Pre-Roll time (0 is used in Figure 3). As will be seen in a moment, this makes it easier to get the first hit of a loop to fall exactly on the start of the bar. 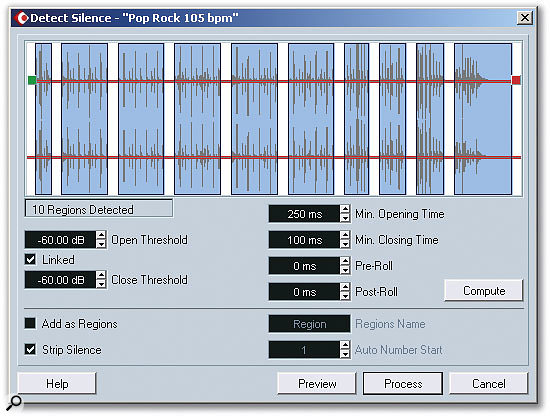 Figure 3: Using Detect Silence to chop up the multiple loops typical of each track in many drum-loop audio sample sets.

When processed, the end result should look something like track 2 in Figure 2. It's a good idea to move the intros, fills and ending events to another track, as these will need to be treated differently from the 'loopable' events. With this done, if any of the loopable events is now examined in more detail you will see that, in most cases, they are slightly longer than one, two or four bars in length, as drum loops are often recorded with a 'tail' that contains the first beat of the next bar. While this doesn't prevent them from being looped, it is usually easier to set each loop to an exact bar length. To do this:

The loops will be trimmed to the exact bar length required. The short events created by the split and containing the 'tails' can be deleted. The remaining 'loopable' events are now ready for use, and it should be possible to arrange any of them along the timeline wherever they're required. 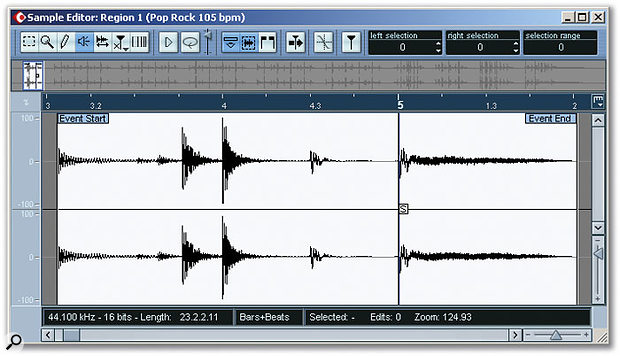 Figure 4: Some manual repositioning of the Snap Point is required for smooth playback of intro, fill or ending patterns.

Dealing with events that contain intros, fills or endings requires a little more individual tweaking, but usually this only involves adjustment of the Snap Point. For example, Figure 4 shows a short intro roll event within the Sample Editor. The last 'hit' of this drum roll is actually the first beat of what would be the next bar. If, as shown here, the Snap Point is adjusted to coincide with this hit, the event can then easily be lined up with one of the loopable events so that the intro drum roll then flows into the full pattern. Most drum rolls can be dealt with in exactly the same fashion.

In the event that the original tempo of the audio drum loop is not provided with the CD (or you don't believe it's accurate!), SX can calculate the original tempo of a loop for you. Having imported the entire CD audio track (as described in the main text), edit this so that a single loop (for example, one two-bar drum pattern) plays back smoothly in the Sample Editor's Cycle mode. Executing Audio / Advanced / Calculate Hitpoints, followed by Audio / Advanced / Create Audio Slices will then place a single audio event onto the Project Window that contains each of the audio 'slices' detected by the Hitpoint calculation. If you select this audio event and then execute Audio / Advanced / Set Tempo from Event, SX will take the tempo it made from the Hitpoint calculation and apply it to the whole Project.

Once you're familiar with the process described above, this type of drum loop can be imported from audio sample CDs and ready to use within a couple of minutes, and it then becomes a fairly easy task to build a full drum track by copying and pasting as needed. If you're using a single stereo track within the Project Window to arrange all the loops, the only real catch is when mixing in the various intro, roll or ending events. Some experimentation can be required to place the most appropriate event on top ('Edit / Move To / Front'). Apart from this, things should be fairly straightforward.

Of course, given the excellent Recycle-style Hitpoint functions available in Cubase SX, once you have your audio loops ready to roll at their original tempo it's perfectly possible to adjust their playback tempo to suit the needs of the Project. For some further tips on this, dig out Mark Wherry's Cubase Notes column from SOS September 2002. It's also possible to export the individual loops as new audio files by using the Bounce Selection command, if you want to use them in another application. Happy looping!