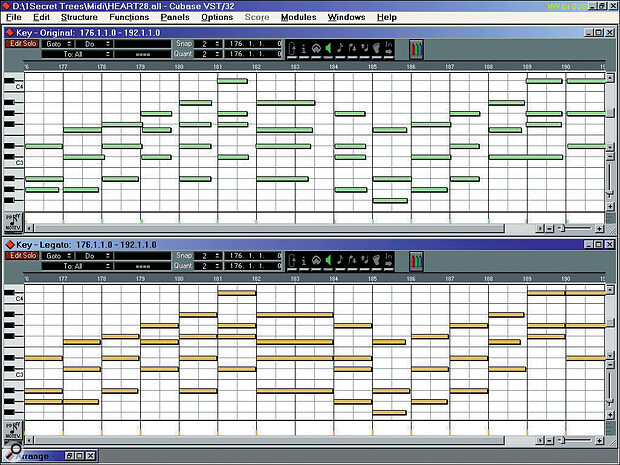 The facilities that Cubase offers for manipulating note lengths may not be amongst its most exciting features, but as this month's Cubase Notes demonstrates, they can prove to be invaluable.

The subject of MIDI note lengths may not sound very exciting, but knowing how to make the best use of Cubase functions related to this topic can make your life a lot easier, by cleaning up your mix, reducing CPU overhead, and even preventing hanging notes. Some of the functions under discussion here have been in Cubase for ages, but others have only just appeared in version 5.0, so you may need to upgrade to take full advantage. Remember also that in Cubase 4.0 and beyond you can create your own keyboard shortcuts — the ones mentioned here are the default settings only.

Since Cubase still only provides one level of Undo, it's safest to apply all these functions from inside an editor — in most cases this will be the Key Editor, since this displays note lengths in the most easily understood form. You can then apply as many separate edits as you want: if you like the end results, pressing Enter will fix them permanently, whereas using the Esc key lets you ignore the lot and return to the original unedited version.

However, don't forget that Undo can also be used to see what changes a given function has made. When you use the CtrlZ Undo shortcut (or Command‑Z for Mac users), any notes that have been altered or deleted will not only reappear in their original form, but are also automatically selected. You can then repeatedly press Ctrl‑Z to toggle between Redo and Undo, viewing the changed and unchanged versions, and this will not only make it obvious which notes have altered, but how. 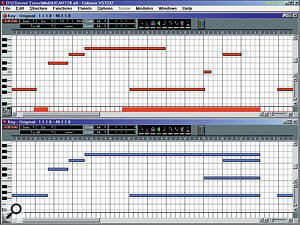 The sustain pedal data shown along the bottom of the upper part can mislead you. After the 'Pedal to Note Lengths' function has been applied, generating the sequence in the lower window, it's far clearer how both parts will actually sound.

The first and easiest function to understand is 'Fixed Length' (keyboard shortcut Alt‑T for PC or Apple‑T for Mac). As its name suggests, this forces every selected note to the same fixed length, chosen by the current Quantise value, but leaves its start position unaltered. You can select this length using the mouse and drop‑down menu options, but most musicians find it quicker to select using the number keys on the main keyboard (not the ones on the numeric pad). Keys 1 to 8 select quantise and snap values from whole notes right through to 32nd notes, and you can also enter dotted and triplet values using the full stop (.) and T keys respectively.

I find 'Fixed Length' particularly handy in making ad hoc drum and percussion parts more legible, since many drum sounds play to their end regardless of how long the note is. There's also a 'Length Size' function, which leaves the note start positions unaltered, but this time quantises the length of the note to the nearest quantise value. I've yet to come across an occasion to use this one. 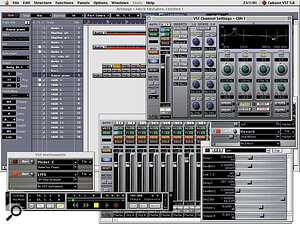 The Cubase Inspector also offers a Length parameter, with options ranging from 25 to 200 percent. At 25 percent all notes are played at a quarter their actual length, and at 200 percent, twice their actual length. This function operates in real time without permanently altering the data in the selected Track or Part, and is a quick and useful way to convert existing lines into short staccato stabs or smooth legato performances. If you want the latter, however, there's also a dedicated MIDI Legato function, which is far more intelligent. It looks for gaps where no notes are playing, and extends the nearest note (or notes) to fill them.

Legato also has an optional overlap parameter. If you leave this at the default setting of zero, notes will be extended to exactly fill any gaps, but by entering a positive value you can force every note to overlap the start of the next one, which might be useful with some synth patches, to avoid entering the release phase. Entering negative values forces a gap between every note of this length, which might sometimes be needed to ensure that a synth retriggers its envelopes properly.

Most musicians tend to use legato on monophonic lines such as lead or bass, but for the most realistic woodwind and brass parts don't forget to leave an occasional gap for your 'players' to take a breath! The Legato function can also be useful on polyphonic parts like strings. The only complication here is that the algorithm extends only the note that starts nearest to the gap, so if you've left a polyphonic part in unquantised form, only one note in each chord is likely to be altered. The way around this limitation is to apply Note On quantise first, and then the Legato function. You can use the Undo Quantise functions afterwards if you wish to return to your original timing.

If you record your MIDI parts using a keyboard equipped with a sustain pedal, every time you press the pedal you'll generate a Sustain On message, and each time you release it a Sustain Off. However, during subsequent editing it's easy to accidentally delete one or other of this pair of MIDI controller messages, either cutting notes off shorter than intended or, which is far worse, leaving them to drone on for ever. The new 'Pedal to Note Lengths' option in Cubase 5.0's list of MIDI functions lets you replace all pedal data by extending the note lengths to the next pedal off position, and then deleting the associated MIDI Controller 64 data.

This makes parts easier to read, especially for non‑keyboard instruments such as strings, and when the pedal data has been replaced, you may find that the resulting data shows lots of overlapping notes on the same key. These can cause note‑robbing even in apparently simple parts, and can also confuse a few synths that expect a Note Off command before the next Note On. You can remove these using the 'Delete Overlaps (mono)' function, to make the most of your polyphony.

The 'Delete Overlap (poly)' function is rather more drastic, since it cuts the length of all existing notes at the point where each new one starts. This is perfect for monophonic parts such as woodwind and synth lead lines where only one note should sound at a time, although you can get the same result with many synths by restricting polyphony for such instruments in the synth itself.

'Delete Overlap (poly)' isn't as useful for tidying up polyphonic parts, since each new note played will chop off all the others already sounding in a chord. However, it can be used to convert moving chord shapes into an arpeggiated sequence. Overlaps with simple block chords will also be cleaned up nicely, as long as all the notes in each chord have exactly the same start position. You can use the same trick as for Legato, by Note On Quantising them first and then applying the 'Delete Overlap (poly)' function.

The 'Restrict Polyphony' function that first appeared in Cubase 4.0 on the Mac lets you reduce the maximum number of simultaneous notes in any track or part to any one of a selection of 15 options, ranging from one to 32 voices. This can be particularly useful for those using soft synths, since the CPU overhead of soft synths tends to rise with the number of notes. Given that exceeding around 70 to 80 percent of the maximum CPU power available will cause your computer's audio output to glitch, it's wise to cap the number of voices to a suitable number within the synth itself.

Even when you've done this, however, or if you are using one of the many hardware analogue synths with a restricted number of voices, choosing the same number using the 'Restrict Polyphony' function will ensure that you get no nasty surprises with notes cut off in their prime. Most synths operate on 'most recent note' priority, so that the oldest note gets chopped when polyphony runs out, but this type of note‑robbing can often prove frustrating and unpredictable in practice. If you ensure that your parts never contain more than the desired number of voices, you should never experience noterobbing.

The same function may also help when using a multitimbral synth across multiple tracks — in the past I've occasionally had a vital bass line cut off in mid‑note when a busy string part on another track reached the maximum polyphony of the synth and grabbed the voice the bass was using. By restricting the polyphony of the actual tracks, you can keep control over which notes are played.

By the way, you won't find descriptions of any of these functions in Cubase's electronic documentation, but you will find them included in the help file, in the MIDI Functions section of the Functions menu, which you can find in the final Menu Reference section.

Some MIDI synths may respond slowly to MIDI information, and if you play lots of short, repeated notes, may miss a few. Cubase 5.0 normally avoids this possibility by forcing a short gap between Note Off and Note On commands on the same MIDI channel, but you can alter the length of this gap in the Playback section of MIDI Preferences if you still have problems with a particular synth. Older versions of Cubase have the similar Length Correction parameter, which can be found in the MIDI Setup window. Martin Walker

Cubase 5 On The Mac

By the time you read this, Cubase v5 should be generally available on the Mac platform as well as for Windows PCs. Although version 5 was a huge step up for PC users, many of its new features were already available in the Mac version 4, released late in 1998 (see Martin Walker's review in SOS September 2000 for a full run‑through of version 5). Nevertheless, upgrading to the new version still reveals some striking differences. The most obvious are in the look of the program: the Arrange page has adopted an understated, blue‑grey appearance more than a little reminiscent of the new look that was introduced in Emagic's Logic v4, while the virtual mixers and effects racks have also been redesigned. Personally, I like the new layout a lot, and find it both more ergonomically satisfying and easier on the eye than earlier versions.

There are new bundled effects, including plug‑in dynamics and a useable reverb at last, while the default plug‑in interface has been modified, with the new version allowing you to see every parameter at once. The EQ window has also changed, and now allows you to draw in EQ curves with the mouse.

Operational changes include the addition of dithering algorithms for mixing down 24‑bit files to 16‑bit masters and InWire support for collaboration over the Internet using the Rocket Networks server, but the one that is likely to be of most importance to most users is the addition of a new method of keeping track of synth patches. Patch Name Scripting (see last month's Cubase Notes) might, at last, mean the end of Cubase users' forced reliance on Opcode's increasingly dated Open Music System. Sam Inglis