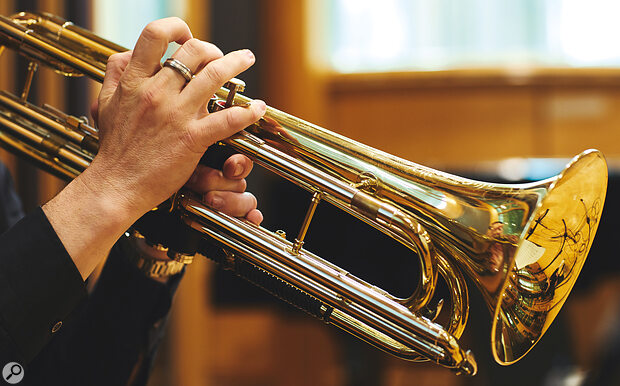 We all know you can score a movie or compose a symphony from the comfort of your DAW, but what can orchestral sample libraries do for other genres of music?

Orchestral sample libraries, as has been amply demonstrated in this March 2022 issue, have reached a state of high sophistication, fuelled by the potency of modern‑day computers and oceans of hard‑drive space.

But that image of the Zimmer‑esque modern composer living the music‑for‑picture dream, with a backdrop of the huge mixing desk and a machine room full of high‑spec PCs running every library going... well, it’s probably not one that most of us can relate to personally. And if your interest is in songwriting, dance music, or pop/rock‑oriented recording and production, why should it be?

In these and other fields orchestral sounds can often be a really valuable addition: they can lend a sense of authority, grandeur and timelessness. And a little can go a long way, which allows for potentially faster, leaner and less financially demanding ways of working. Then there are those orchestral‑related libraries that can in themselves kick‑start creativity, or more naturally cross over into electronic and experimental genres.

So here’s a quick round‑up of alternative approaches, techniques and products that can get you in on the action without needing the orchestration chops of a Rimsky‑Korsakov or a Hollywood budget.

Orchestral sounds can often be a really valuable addition: they can lend a sense of authority, grandeur and timelessness.

Getting straight to the point, even single orchestral lines or isolated chords can add so much to productions that might otherwise be built on more conventional pop/rock principles. And it’s often strings that do the bulk of the work.

Notable songs that use (largely) just a single line from a small violin section — or possibly a line played in octaves — include Marvin Gaye’s ‘What’s Happening Brother’, Chic’s ‘Le Freak’, and Radiohead’s ‘Pyramid Song’. Actually, all these have sustained block chord sections too, not unlike typical synth pads. A single line can be played in multiple octaves extending down through midrange violas and into cellos and basses: check out Led Zeppelin’s ‘Friends’ or the closing stages of ‘Kashmir’. And let’s not forget ‘Toxic’ by Britney Spears: it’s brilliantly effective in combining what is a tiny amount of string material — just a low and high riff, and one short surging pair of chords.

Then there are those tracks that have more ambitious and ‘worked’ arrangements of a whole string section, perhaps with lines for the typical string section make‑up of first and second violins, violas, cellos and basses which move separately from each other. A really effective (and in fact not especially complex) example is the Verve’s ‘Bittersweet Symphony’, which combines just a few separate ideas. More ambitious is Massive Attack’s ‘Unfinished Sympathy’ or Björk’s ‘Isobel’. For gold standard section writing check out lots by ELO (‘The Diary Of Horace Wimp’, ‘Sweet Talkin’ Woman’, ‘Turn To Stone’), ‘Lonesome Tears’ by Beck or Radiohead’s ‘Burn The Witch’.

Don’t worry, I’m not going to keep dredging up gems from my most visited playlists... The wider point here is to illustrate the diverse range of string writing we see in pro‑level production, from little more than pads to full‑on theory‑driven contrapuntal textures. And also to consider the different playing techniques encountered. For strings these range from soft‑edged sustains to more attacked held notes (often called ‘marcato’), short driving strokes (staccato, spiccato), and special effects (muted ‘con sordino’, ghostly ‘sul tasto’, and ‘col legno’ that uses the wood of the bow, rather than the hair, on the string). For wind‑blown instruments we might expect to hear a similar range of note lengths, as well as attack variations associated with different kinds of tonguing, and their own specialist techniques. All melody instruments are capable of playing lines that are detached, smoothly connected (legato), or perhaps with a subtle pitch swoop (portamento).

If the only string and orchestral sounds you have are those bundled in a DAW (or in a workstation keyboard or module) you might not have access all of these techniques. Or at least, not without going between a few different patches or presets. But no problem — you can potentially still do a lot and get good results. And if you do have some more sophisticated tools, well, more of that in a minute.

Logic’s Studio Strings is one of the best DAW‑bundled orchestral sound sources out there. Some of its short‑notes articulations (playing techniques) work superbly well with dynamics controlled by key velocity, but for expressive, sustaining lines use the Dynamics via CC option to get your mod wheel in on the action. Actually, via the instrument’s extended parameters you can bring other controls into play too.

A first step towards dynamic, real‑sounding orchestral parts is to inject some expression. Keyboard velocity is a great driver for short‑note playing styles (including string pizzicato), and many orchestral sound sources will often include multiple sample layers with different brightness and attack speed that trigger according to how hard you play. Harness those changes in timbre to spice up repeated, driving chord patterns or single line ostinatos.

Longer, sustained notes, often used in arching phrases, are less suited to being controlled by velocity, because you often don’t want them to trigger at one volume and just sit there, but instead to bloom and die back over time. That’s a much more believable, human sounding effect.

And yet, control by velocity of long notes is what many sample players default to. So if you can, see if you can override this, and instead look to control volume using MIDI Continuous Controller messages (or on workstation synths, dedicated controls). In software you’ll sometimes get a toggle, allowing velocity‑driven volume to be replaced with control by the mod wheel, for example. Even when you don’t, try sending CC7 (channel volume) messages or CC11 (expression, quite often generated by default from expression pedal inputs) if your MIDI controller will allow it. Some experimentation may be required, and you may need (shudder) to read a manual for your controller or sound source, but both CCs have the potential to vary the volume or...