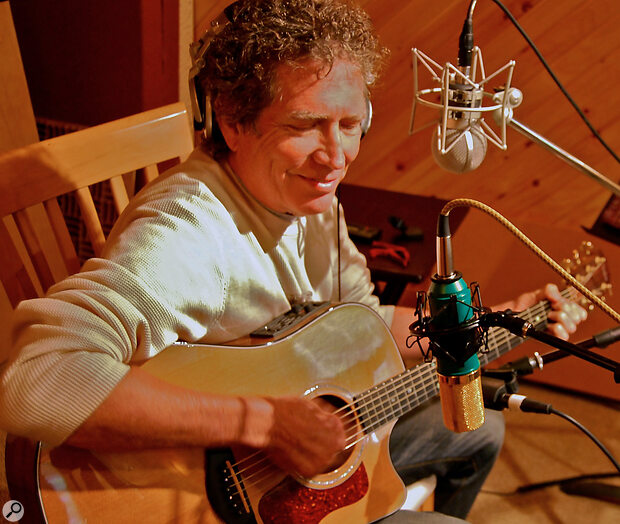 “I am a teacher who writes, not a writer who teaches,” says Pat Pattison. “I realised when I was 35 that if I never wrote another song, I would be just fine, but if I never taught again, I wouldn’t be.”Photo: Stephen Webber

Writing lyrics is often said to be the hardest aspect of songwriting. Berklee College of Music Professor Pat Pattison has been teaching people to do it better for decades.

“I was the band’s guitar player,” Pat Pattison laughs, remembering the start of his own songwriting journey. “They’re supposed to write the songs, so I wrote the songs.” He had already started teaching philosophy and, after touring with his band, he got hired at Berklee as an English teacher in the ’70s. “I thought I’d teach a literary criticism course, but called it ‘Analysis of song lyrics’. I used Joni Mitchell, Paul Simon, Leonard Cohen, Steely Dan and Dylan as fodder for the class. It became very popular, and that morphed into the world’s first songwriting major.” 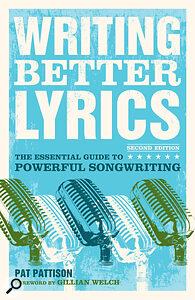 Pat Pattison’s ground‑breaking book Writing Better Lyrics: The Essential Guide To Powerful Songwriting originally came out in the ’90s, and the second edition is still in print.His students have included Grammy winners John Mayer and Gillian Welch, and he has published four books of helpful exercises for lyric writers. These days, Pattison offers five Berklee online courses plus a Massive Open Online Course (MOOC) called Songwriting: Writing The Lyric. A video‑based course at coursera.org, this is open to all. “At this point, two million people have already taken that class since its start in 2013,” he says, proudly.

For Pattison, prosody — the right relationship between form and content, first observed in great works of art by the poet Aristotle — is key. “Whatever you are saying, all of the elements should support it. That’s basically common sense: to make sure that whatever you’re trying to accomplish, all the things you use are in service of that goal. I’ve seen it many times that somebody’s singing a song on stage about a broken heart and the verses are four lines long, with equal‑length lines that rhyme AABB. My response is: ‘You’ll get over it!’ The heart doesn’t sound broken, it sounds like you’re just telling me facts! If the broken‑heartedness had been supported by the musical and lyrical structure, I would be feeling more.

“Of course, I’m never really in the business of talking about what’s wrong with songs. What I prefer is talking about opportunities to make the song better. I would look at the verse that’s trying to express how broken‑hearted I am, looking for a varied harmonic rhythm, for example, or if there’s a four‑chord structure, I could displace my melodic line against that four‑chord structure when it is repeated. I could use an asymmetrical rhyme scheme or an odd number of lines; any number of things can make it feel more like I’m saying it is! I’m always looking to support the main intent of a song or section.”

He insists that there are no rules, just tools. “There are many opportunities. For example, if you want to make your song feel unstable because the idea is something like ‘I miss you so much’, there are lots of tools at your disposal you can use to realise your intent. You could use an even number of lines and, say, shorten your fourth line, like Paul Simon does in his bridge to ‘Still Crazy After All These Years’. You could also lengthen your last line, which Paul Simon does in his bridge to ‘Train In The Distance’. You can use an unstable rhyme scheme — ABBA, for example — or a stable rhyme scheme like ABAB, and use more remote rhyme types, assonance rhyme or consonance rhyme. Instead of starting your musical phrases on the downbeat, you could start them after the downbeat.”