The Real Benefits By Hugh Robjohns

Parallel compression is a powerful mixing technique, but it's often misunderstood. Read on to find out what it really does — and how it can help you make better mixes. 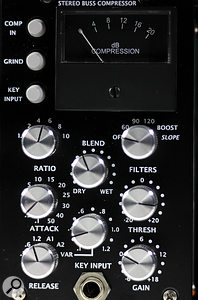 When talking with sound-engineering students of all ages and experience, I often find that one area where most struggle is compression. Perhaps that's not surprising, since the concepts are fairly challenging on their own — before even contemplating the subtleties of different kinds of physical implementation (or modelling). Compressors are available in myriad different forms, using feed-forward or feedback control paths, with RMS- or peak-weighted side-chains, and even more variations of audio-attenuation device, such as opto attenuators, diode rings, vari-mu valves, solid-state VCAs… and the list goes on!

Let's leave such complexities aside for the moment, though, because in this article I really want to try to clear up some common misunderstandings about the increasingly fashionable technique of parallel compression. Of course, when discussing an inherently complicated topic such as compression it's vital that we establish a common framework of terminology, so that we all understand what we're talking about — so that's where I'll begin.

The first thing to establish is what a compressor of any form actually does, and the answer is that it reduces the dynamic range of the input signal. Whether it's configured to make the loud bits quieter, or the quiet bits louder, fundamentally it exists to reduce the overall dynamic range from something large and unmanageable to something smaller and more appropriate for the intended application.

The term 'dynamic range' can be interpreted in a variety of ways, too, but for the purposes of this article I'm using it to refer to the range of average signal levels between the quietest musical element and the loudest — the difference between the ppp and fff sections of a performance, if you like.

The vast majority of compressors apply 'downward compression' which means, in essence, that loud stuff is made quieter. More specifically, signals below the threshold level are left alone, while those above are 'squashed' by an amount determined by the ratio setting.

The 'ladder diagram' (Figure 1) is a convenient way of describing the relationship between signal levels at the input of a compressor, and those at the output. The ladder at the top left shows the situation in bypass — the input signal appears at the output at exactly the same level, so all the 'rungs' are horizontal. The ladder to its right shows the effect of downward compression, where signal levels below the threshold remain unchanged, while those above are reduced in level proportionally, according to the selected ratio (in this case 2:1). 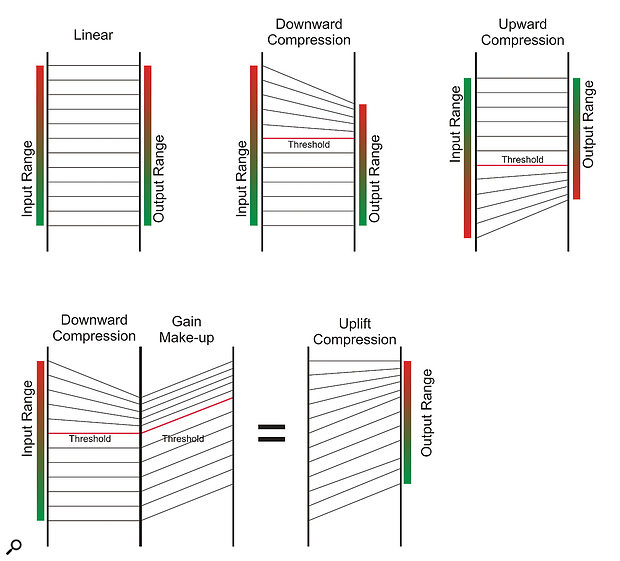 The more conventional way of illustrating compression is with a 'transfer plot', which is a graph with the input level on the horizontal axis and the output level on the vertical axis. The graph in Figure 2 was obtained by measuring the amplitude response of a 'hard-knee' compressor plug-in in a DAW, using an Audio Precision test system. The dotted straight red line at 45 degrees shows the response with the compressor bypassed — clearly illustrating that what goes in comes out, unchanged in level!

The different coloured solid lines were obtained with the compressor switched in and the threshold set to -20dBFS. The light-blue line is the result of a 2:1 ratio, and it clearly shows that when the input is 10dB above the threshold (ie. a 'Generator Level' of -10dBFS on the horizontal axis), the output or 'Measured Level' on the vertical axis is at -15dBFS, which is 5dB above the threshold. In other words a rise of 10dB at the input results in a rise of only 5dB at the output — which is half as much, and hence a compression ratio of 2:1. 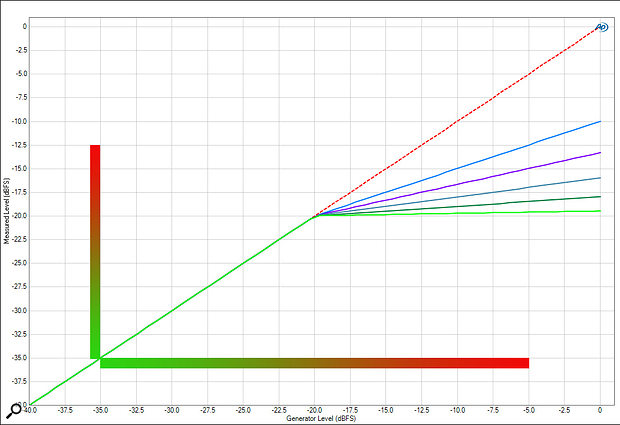 Figure 2: In this plot, you can see the effect of different ratios (the light blue is 2:1, the light green 40:1) of downward compression at the same threshold. The greater the ratio, the more attenuation is applied when the signal exceeds the threshold, and anything above 20:1 is usually considered to be 'limiting'. The red/green bars show just how compressed the dynamic range is.

The other traces show progressively 'stiffer' ratios, of 3:1, 5:1, 10:1, and 40:1. Anything above 20:1 is generally referred to as 'limiting' because the output level barely rises regardless of how much the input level exceeds the threshold.

Incidentally, a 'hard-knee' compressor, like the one used for these measurements, switches abruptly from doing nothing to squashing the audio, and that is revealed by the very distinct change of angle on the transfer curves. A 'soft-knee' compressor moves more gently from inaction to action, so its transfer plots would curve smoothly away from the 45 degree linear slope instead of diverting abruptly.

Now let's imagine a musical signal where the quietest element measures -35dBFS and the loudest is -5dBFS, so that we have a starting dynamic range of 30dB. If we were to pass that signal through a 2:1 compressor with a threshold at -20dBFS, the output signal will range between -35dBFS (this level is below the threshold and thus unchanged) and -12.5dBFS. The latter figure arises because the source peak level (at -5dBFS) is 15dB above the threshold, and thus will be reduced by half to 7.5dB above the -20dBFS threshold, which is -12.5dBFS).

Useful though this form of compression is, often we want to reduce the dynamic range without reducing the peak level. In other words, we want to raise the level of quieter signal components rather than turn down the loud ones. The usual way to achieve this is to introduce 'make-up gain' at the output of the compressor. A good way of understanding the concept is to return to the ladder diagram.

I prefer to call this 'uplift compression' to avoid confusion with true 'upwards compression' (which I'll come back to in a moment). As the lowest ladder diagram in Figure 1 shows, the input signal is first downwardly compressed in the usual way, but then the output is raised in level by a fixed amount of 'make-up gain'. The overall result is that the dynamic range has been reduced, again, but this time the peak level is restored to the same as the input while lower-level signals have been raised — so the quiet bits have been made louder.

However, this diagram reveals clearly that it is still the louder elements that have been 'squashed' — the quieter signals have simply been raised in level. That's the key difference between 'uplift compression' and 'upwards compression'. By the latter term, I mean processing that squashes the quieter elements while leaving the loud bits alone, as the final diagram in Figure 1 illustrates.

So, using the same conditions as the previous measured example, let's say that we want the same amount of dynamic-range reduction, but we also want the peak level to remain at -5dBFS. This is easily accomplished by keeping the same compressor ratio and threshold settings, but dialling in 7.5dB of make-up gain. The real-world result of doing that can be seen in the measured plot in Figure 3. 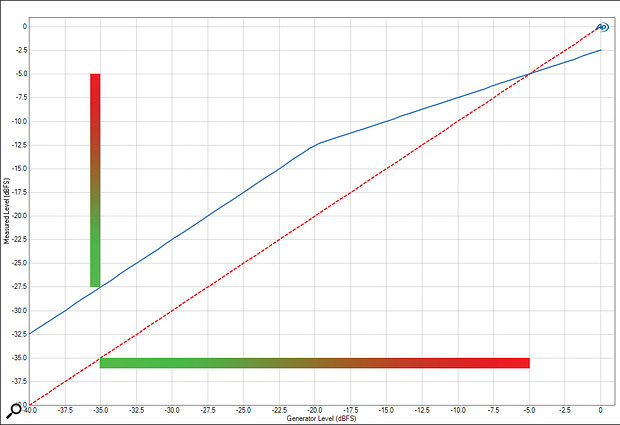 Figure 3: By adding make-up gain to downward compression, you shift the dynamic range, to give you greater level at the compressor's output, but the range itself is still compressed in the same way.

The direct effect of adding 7.5dB of make-up gain is to raise the overall output level, which can be seen as the vertical shift of the 45-degree linear part of the transfer curve. In this case an input signal at -35dBFS emerges from the compressor at -27.5dBFS, and all of the quieter elements in our musical signal are raised by the same amount of 7.5dB.

Louder elements — those above the -20dBFS threshold — are compressed, as before, by a ratio of 2:1, but because the make-up gain is counteracting the compressor's peak level reduction, the highest input level appears at the output at the same -5dBFS.

Normal downward compression — whether it's used on its own or with make-up gain — inherently changes the character of loud signals to some extent by squashing them. Rule number one for any downward compressor is to squash anything loud! However, the action of turning the level down (and back up again afterwards) isn't instantaneous; it takes place over a timescale that is governed by the compressor's attack and release time constants. The inevitable result is that the sound and shape of complex but delicate and loud transient signals can be altered quite drastically. This is a significant part of the reason why different compressor designs can sound so different from each other, and why one compressor may be preferred in a given situation over another.

An alternative way of reducing the dynamic range, which could potentially avoid this issue of damaged transients, is to compress the quieter signals and leave the loud ones alone. In other words, we could employ a device which turns the level up for signals below the threshold. This is true 'upwards compression' as described briefly above, and this kind of arrangement would — in theory, at least — preserve loud but delicate transient signals completely intact, while only squashing the quieter elements.

Unfortunately, though, it's extremely rare to find a physical device that can actually do this, not least because it isn't particularly easy to achieve this goal with electronic hardware. (The Dbx Quantum, I believe, was one such device — but I'm not aware of any in current production.) Nevertheless, if I were to find and measure such a device, the transfer curves might look something like those I've mocked up in Figure 4, where loud signals above the threshold would remain completely unaffected and quiet signals would be turned up in level by an amount depending on the ratio setting (the light-blue line being a 2:1 ratio, again). Once again, if the upwards compressor had a 'soft-knee' characteristic instead of the hard knee I've illustrated, the plots would curve gently upwards instead of changing angle abruptly. 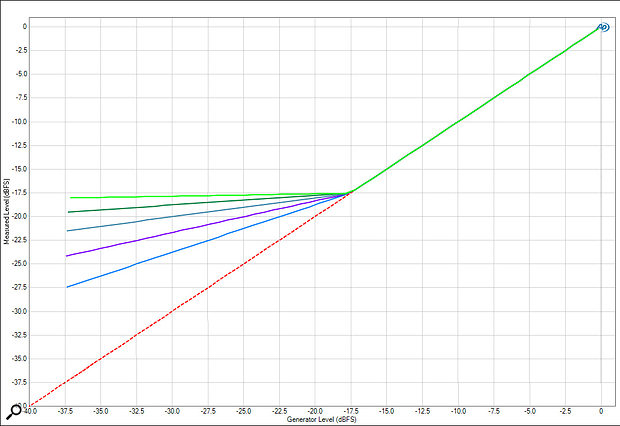 However, if you spend a few moments thinking about the idea of genuine upwards compression, you'll realise that it wouldn't actually be a lot of use in real-world applications, because it would probably raise the noise floor to wholly inappropriate levels. For example, take an upwards compressor with a gentle 2:1 ratio and a threshold at -20dBFS. If the ambient noise floor of the recording was at, say, -80dBFS, the act of compression would drag it up to an appalling -50dBFS, which probably isn't really what you'd want!