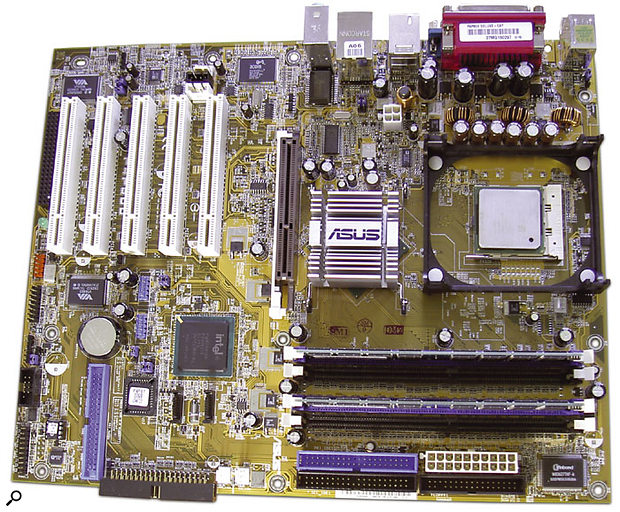 The motherboard is the heart of any PC. While many modern ones incorporate an integral soundchip, installing a soundcard into one of its PCI expansion slots (at top left), or plugging an external USB or FireWire audio peripheral into its rear sockets will provide much better audio quality and lower latency.

If you're relatively new to PC music, it can seem like a maze of acronyms and mystifying computer-related terms — so here's a simple glossary to clear up any confusion.

Many musicians are familiar with multitrack recording, mixing, and mastering using dedicated hardware, but are moving across to PC-based systems and finding a whole new world of initially overwhelming technical PC terms, such as IRQ, partition, latency, buffers, BIOS, transfer rate, and so on. I've covered all these terms in some details in my extended PC Musician features over the years. You can find links to them by using the search criteria here: www.soundonsound.com/search.

However, for a PC novice there's probably just too much information to take in at once, and a popular topic request on the PC Music Forum has been for some sort of simplified introduction. So this month I've gathered together all of the most common terms you're likely to come across into one neat resource. Each one consists of a short paragraph explaining its practical significance to the PC musician. 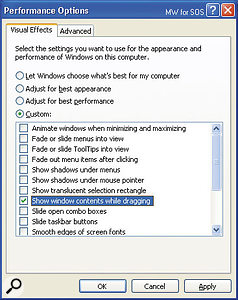 Disabling these visual effects won't make your music applications run any faster, but should certainly make Windows XP feel a lot less sluggish.Some musicians might expect a section devoted to Windows in this jargon buster, but, as I explain in this month's PC Notes column, the latest Windows XP requires a minimal amount of tweaking to suit the special real-time requirements of PC music applications. However, there are still a few points worth explaining: 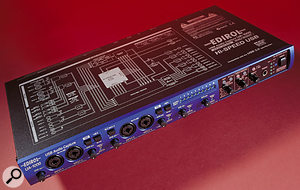 While PCI soundcards are still the most popular option overall, new formats such as USB 2.0 and FireWire have given rise to audio interfaces that may be easier to install — such as Edirol's USB 2.0 UA1000.

Simple soundcards have their various input and output sockets mounted on the backplate of the soundcard (although some require a second dummy backplate, housing more sockets, that will prevent a card being fitted where the dummy has been mounted). More advanced products have an external case (often a rackmountable one) for their sockets, the case being connected to the PCI card via an umbilical cable. The next generation of the PCI standard —PCI Express — has already been announced and will provide significantly greater bandwidth, as well as allowing hot-swapping of peripherals, like the USB format. However, even when PCI-X starts to appear, during 2004, original PCI slots will still continue to be fitted alongside PCI-X slots on motherboards, and this will be the case for several years to come.

Unfortunately, PC musicians experienced a wave of initial problems with USB audio peripherals, such as clicks, pops and high latency. These problems were largely due to the early USB controller chips in the PC, rather than to the peripherals, and have largely died out, but they've left quite a few musicians mistrusting USB 1.1 as a standard, which isn't entirely fair. Its 12Mbit/second bandwidth is perfectly adequate for devices such as mice, PC and music keyboards, printers, scanners, and the like, and perfectly adequate for MIDI and stereo audio devices down to latencies of 3ms. However, USB 1.1 runs out of steam when you ask it to record and play back stereo 24-bit/96kHz signals simultaneously. USB MIDI interfaces can also suffer from slightly higher timing 'jitter' than serial port or PCI-based interfaces.

USB 2.0 ports have been appearing on PC laptops for some time, and are now to be found on nearly all new desktop motherboards. The more correct nomenclature is 'USB Hi-Speed' — and with a huge 480Mbit/second bandwidth (compared with the 12Mbit/second of USB 1.1), this new standard lives up to its name and is far more suitable for multi-channel audio devices than the original USB standard. (The world's first USB 2.0 device is Edirol's UA1000, pictured on the previous page.) You can still plug USB 1.1 devices into USB 2.0 ports (and vice versa, although the latter won't operate well under the severely restricted bandwidth). If you're not sure whether your PC has USB 1.1 or USB 2.0 ports, take a look in Device Manager under the heading 'Universal Serial Bus controllers'. In the case of some chips, the description may include 'USB 2.0', but if not, write down the number of the chip and do a Google search for it.

If you would like to find out more about specific topics mentioned here, archives of past PC Musician archived features are held on the Sound On Sound web site (www.soundonsound.com).  Here's a list of the articles that are most appropriate for musicians who are new to PCs: 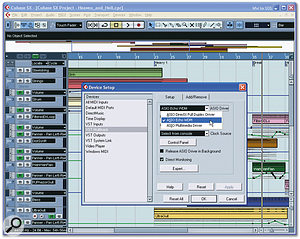 Your music application may offer a selection of soundcard driver formats. It's important to choose the one that will let you achieve the lowest latency.Each hardware device used by a PC needs a small piece of software, called a driver, to act as the glue between it and the Windows operating system. One of the major confusions faced by the new PC Musician is which type of soundcard driver to choose. Most are now shipped with a bewildering array of options, such as ASIO, DirectSound, EASI, GSIF, MME and WDM, and choosing the most appropriate one depends on which music software you're running. 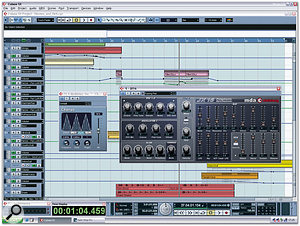 A modern MIDI + Audio sequencer such as Cubase SX 2.0, shown here, supports plug-in effects, soft synths and soft samplers, to become a complete software studio.On the PC there are three main soft synth contenders: Steinberg's HALion, a VST or DX Instrument particularly popular with Cubase users; Native Instruments' Kontakt, a stand-alone application, VSTi or DXi; and Tascam's GigaStudio. The first two offer a choice of storing samples in system RAM or streaming them from the hard drive, while GigaStudio does streaming only but has arguably the most professional library of the three.

Cubase VST for Windows 98/ME reached version 5.1 revision 1, but has largely been superseded by Cubase SX, currently at version 2.0, written from the ground up on the PC to suit Windows XP. It supports ASIO drivers, VST and DirectX plug-ins and VST Instruments. Cakewalk's Sonar, now at V3.0, is PC-only, and also has many enthusiastic users. Version 2.0 supported low-latency WDM drivers, DX plug-ins and DX Instruments, plus VST Instruments and plug-ins via 'wrapper' utilities. However, V3.0 has a bundled 'VST Adapter' for this, and supports ASIO as well as WDM drivers. You should be able to download demos of all three applications to get an idea which is the best for you.