Q. My preamp’s phantom power is faulty — how do I track down the problem? 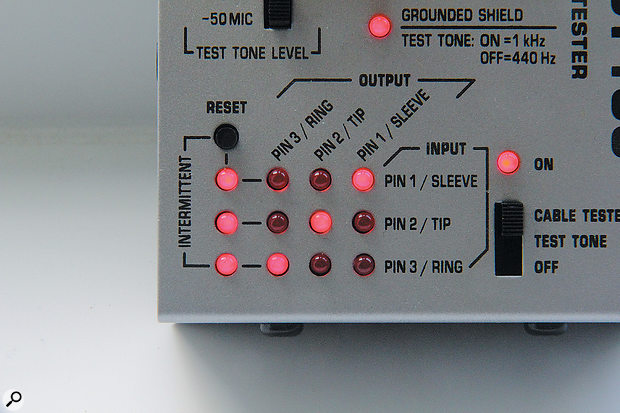 Most phantom-power problems are caused by faulty cables, which you can identify either with a cable tester or by swapping out the cable for another that you know to be OK.

Do you know where I can find a schematic for the TL Audio 5001 mic preamp? It is mentioned in the Group DIY forum a few times, but the link to a schematic no longer exists.

I have a couple of these units, and one of them has a problem with the phantom power on one channel only. It works fine with a dynamic mic, but when used with a condenser mic requiring +48V the sound is almost nonexistent, with lots of crackles, pops and hiss. At first, I though it might be a problem with the tube, but if that were the case the dynamic mic wouldn’t work.

SOS Technical Editor Hugh Robjohns replies: You probably don’t need a schematic if it’s a phantom problem, but I’d be quite surprised if it is! The first thing is to check whether the mic works on another phantom-power-providing preamp with the same XLR cable you’re using. If not, swap the cable and check again. Cable issues are the cause of almost all phantom problems. (A cable tester is inexpensive and can save a lot of time if you’re diagnosing this sort of thing often!)

If all is good with the mic and cable on a different preamp, then you obviously do have an issue with the TL Audio preamp channel, so the next step is to use a digital multimeter to check the phantom voltage between pins 2 and 1, and then between pins 3 and 1. Both readings should be identical, and between 44 and 52 Volts DC.

If all is OK in that respect, check the short-circuit current flow by switching the meter to the milliamp current range. Again, with the probes on 2 and 1, and then 3 and 1, you should see around 7mA for each one.

If you don’t get the correct phantom voltages, then you’re probably looking at a poorly power supply — and most likely leaky electrolytic capacitors (especially if the 48V is derived from a pump-style supply). It could also be that the DC blocking capacitors in the audio signal path have gone leaky. If you’re inexperienced with electronics, I wouldn’t recommend poking around inside — there are high voltages here! But it would likely be an easy thing for any competent electronics engineer and thus not too expensive to have it fixed.