Q. Should Klangfreund LUFS Meter be placed before or after other plug-ins? 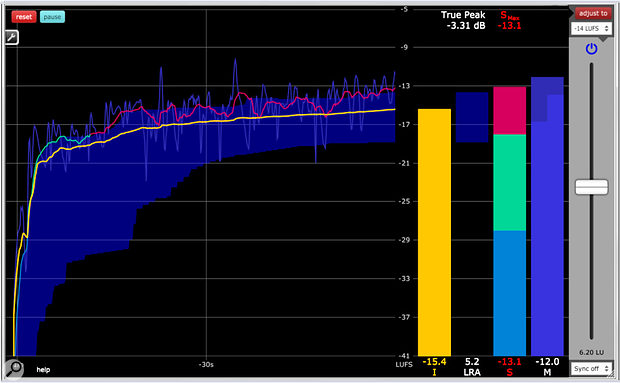 Klangfreund’s LUFS Meter can calculate a level offset to bring all tracks in your mix to a user-specified target loudness.

In the review of LUFS Meter in SOS June 2018, Dennis Wilkins says that: “You begin by inserting an instance of LUFS Meter on each audio track after any effects plug-ins”. I’d just like to check that he means ‘after’ and not ‘before’ please. He also refers to ‘audio tracks’ throughout the review. How would MIDI tracks be treated?

SOS Reviews Editor Matt Houghton replies: Processors and effects plug-ins that are crucial to a sound in your composition will affect both the level and the spectral content of that sound, and for LUFS Meter to do its thing with any degree of success it must work with the sound you’ll be using in the mix. So, in that respect, it makes sense to place it after certain plug-ins.

But as Dennis makes clear in his review — and as I described when using LUFS Meter in my Mix Rescue column back in May 2016 (https://sosm.ag/may16-mix-rescue), and Eddie Bazil discussed in his ‘Mixing To A Pink Noise Reference’ article that inspired Klangfreund to create this plug-in (https://sosm.ag/pink-noise-reference), the whole idea is to save time and frustration by creating an initial ‘faders-up’ mix automatically, giving you a sensible starting point for your mix. There would be little point in using it if you first had to go through the project doing all your detailed EQ and compression moves — if you did that, then you might as well tweak each track’s level manually while you were at it! So some plug-ins will inevitably follow LUFS Meter in the signal chain.

The trick is to pay attention to your gain structure — which is all part and parcel of building a mix anyway — by which I mean try to make sure each plug-in’s average/perceived output level (not the peak level displayed on many DAW meters!) is the same as at the input level. There are exceptions, of course. For instance, there will undoubtedly be times when you don’t wish to trim an EQ’s output when you’ve applied a boost deliberately to make certain frequencies pop out a bit more. But the general idea is that you establish a working level for each track and stick to it until you hit the channel faders — then much of the detailed work in finishing the mix is about riding and automating the faders and send levels, and those faders will start off in the unity-gain position, around which (in most DAWs) they offer the greatest degree of control.

Regarding your question about MIDI, at heart, LUFS Meter is just an audio gain control. So if you have MIDI parts, you’d place LUFS Meter on the corresponding instrument track, so it boosts/attenuates the audio coming from the instrument.