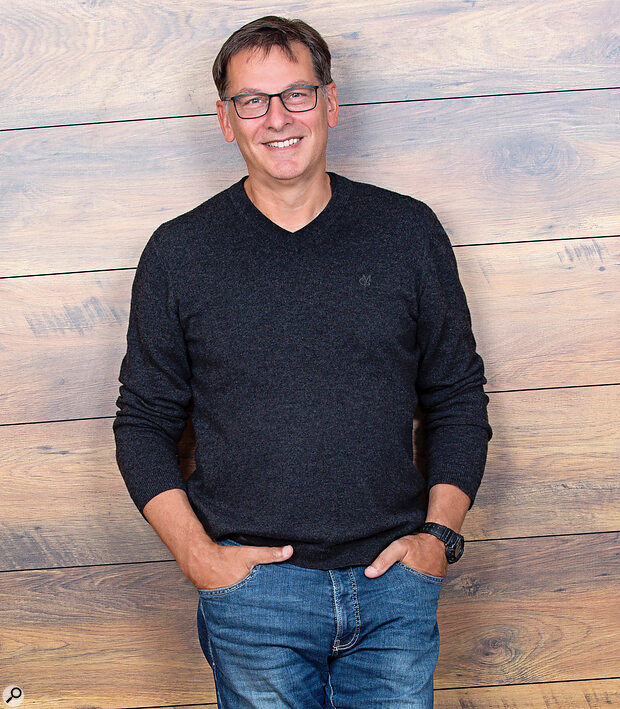 One of the most in‑demand studio designers in the world explains why there’s more to building a studio than getting the acoustics right. Much, much more...

With clients including Wisseloord Studios, Max Martin, Dr Luke and 301 Studios in Sydney, German studio designer Jochen Veith has shaped the international studio landscape for more than 30 years. Considering his achievements, it seems surprising that this line of work was not his original intention. Starting out as a musician, he often experienced frustration with the sound of recordings and live performances, which prompted him to become an audio engineer to do it better. Having switched to the other side of the studio window, the frustration did not subside, as Veith perceived many studios as acoustically suboptimal. Once more, Veith thought: “Then I will have to take care of it myself!” He learned about acoustics and measurement technology and got to work. Today, Veith is called upon whenever producers of all ranks and sizes plan to build new studios or experience troubles with their existing ones.

Originally, we intended to interview Veith on what is generally perceived as the main object of studio design: acoustics. It soon transpired, however, that building a recording or mixing studio requires a lot more than absorbers and diffusors. Temperature management, structural statics and the electromagnetic environment can turn any project into a nightmare.

The Jochen Veith‑designed 301 Studios in Sydney, Australia is one of the largest studio complexes in the world.

We begin by asking him about a fundamental aspect of studio design, which people manage to get wrong surprisingly often: choosing a location and premises. Does every building have the potential to sound good? “Good question!” he replies. “And no. There are certain requirements that cannot be repaired easily. I know this sounds ridiculous, but people often think we can make something work just by putting some wondrous device up somewhere in the room. But the problems usually reach far deeper. It’s certainly not enough to just put some rock crystal somewhere [laughs]. Or a small box with a hole, a Helmholtz resonator. Unfortunately, people reach out to me too late in a project. I receive calls from all around the world, projects that cannot be finished. Then I fly there and start doing detective work. Or you can try identifying problems by going through the plans. Sometimes there are fundamental flaws, like a basic geometrical problem, for instance. Then you realise: this can never work.

“There is a story to illustrate this point: imagine some popular band plans to convert a six‑storey building into a production complex with offices and large studios. One studio, with all the trimmings, on every floor. The building has just been purchased for this very purpose. The band initially hired someone else, who soon had a bad feeling about the whole affair, so they consulted me. I arrive at the location, 15 people are waiting for me: managers, band members, architects, structural engineer and the people from the production companies. They all look at me and say: ‘Now you tell us how to make it work.’ A typical situation.

“I immediately asked about the building’s load capacity, as we would have needed to introduce quite a lot of weight to acoustically isolate the studios. The structural engineer called it ‘difficult’ and gave me a number. I suggested to reinforce the building by transferring load to the walls. But even the foundations could not bear any more load.

“They led me into the neighbouring building, the same construction, same type and look. In the cellar there were huge excavations, really deep, filled with steel, ready for the concrete to be poured in. The structural engineer then told me that they had added two more floors to the building. Now it was sinking and needed all new foundations. I pondered for a while how to tell the gathered audience that, I am sorry, but this building is simply not fit for the desired purpose.

“There was a brief moment of silence before one of them... addressed me very loudly. How dare I show up, look around for hardly an hour and then say something like that! He said the kind of building I was imagining for the purpose does not exist. I then proceeded to explain that such buildings did exist. For example, any buildings that were made to house heavy machinery, like old printing facilities. The silence returned, and I wondered what I did wrong this time. I was then told that they had a choice between two buildings, and they had spent a year trying to decide which one to pick. Eventually, they decided to take this one since the location was a little more convenient. Well, the other building was a former printing plant!

“For me, it was the journey plus a few hours of consultation, but the damage was in the millions. Not uncommon for these kinds of situations, unfortunately. Take Wisseloord Studios, for example. We had to make some major adjustments because there was crosstalk between the halls....