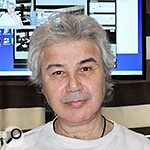 A meeting with Phil Allen, a Capital Radio DJ, resulted in the company Samplecraze, which Eddie has spent 20 years developing as an educational resource. At this time he trained in music production and soon gained a number of prominent contracts working with some notable artistes such as Busta Rhymes, Greensleeves, 9 Bar, SFP, Sleeveless, Chris Campbell and Gam Productions. He contracted to Island Records and Chrysalis as a producer and remixer,  plus was commissioned to write the score for Macbeth that ran at 2 Way Mirror at Alexander Palace for the Cambridge Shakespeare Company. His ongoing development of Samplecraze has led to him offering educational workshops and classes, releasing four books via PC Publishing, and becoming a writer and Forum moderator for Sound On Sound.