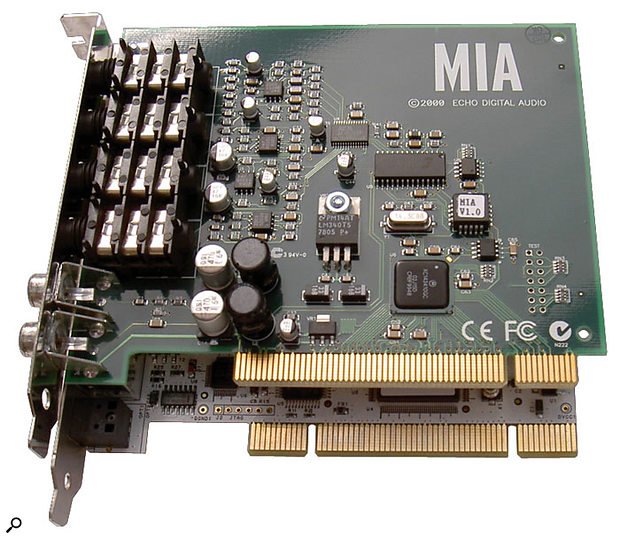 The 64-bit Windows XP x64 edition is on the shelves, but musicians should stick with their trusty 32-bit OS for the moment. PC Notes explains why, as well as offering some constructive soundcard feature suggestions to manufacturers.

Windows XP Professional x64 Edition is now freely available for between £90 and £100 from various UK suppliers. As with previous OEM releases, however, Microsoft stipulate that you have to buy it either with a "fully assembled computer system" or with a "non-peripheral computer hardware component" — which basically means something like a RAM upgrade, motherboard, hard drive or CPU.

There's been plenty of anticipation about Windows 64-bit computing, but in practice it's still proving a far from pleasurable experience for many users, due to the continued lack of 64-bit drivers for so many hardware items. By way of example, Dell are selling some of their PC systems with 64-bit Windows pre-installed, but you get the following warning when you try to buy them on-line: "Peripherals you currently own or plan to purchase in the near future (cameras, printers, MP3 players, handheld devices) will most likely NOT work on a system purchased with Windows XP Professional x64, and some software applications may not work on the x64 operating system."

Windows XP Pro x64 is clearly not a mainstream product, nor for the faint of heart, and one mainstream PC review stated that "only software developers and high-end workstation users will see real benefits from Windows XP Professional x64 Edition; everyone else should stick with 32-bit Windows XP instead." This is hardly surprising, given that the 64-bit version has basically the same look and feel as its 32-bit cousin, and provides roughly equivalent performance when running 32-bit applications using its WOW64 (Windows On Windows 64) translation layer. For once, even gamers aren't too impressed, because until 64-bit game versions appear there's little practical benefit from the move, and a few 32-bit games won't even run on Windows x64 at the moment.

Unfortunately, musicians are one of the groups who can definitely benefit from a totally 64-bit PC once everything is compatible, because having a fully 64-bit system can boost the performance of typical music applications by 30 percent or more, and for anyone who needs more RAM to hold samples, a fully 64-bit system removes the 4GB ceiling of 32-bit systems. However, while some music developers have been super-keen to 'go 64-bit', there others who haven't committed themselves yet.

Leading-edge users have been quick to voice their opinion that no company should have released any product requiring Windows drivers over the last six months without including 64-bit versions. However, it's possible to see it from the other side: a tiny percentage of users have so far moved over to x64, so smaller companies must find it hard to justify the cost of developing new drivers that they will have to supply as free updates to such a small number of customers.

On the corporate front, some businesses are also avoiding the move to 64-bit Windows because their favourite security applications, such as virus checkers, won't work with it yet. Conversely, while some developers have released 64-bit updates for the corporate versions of their applications, they won't say whether or not 64-bit versions for home and small business users are planned.

Some early adopters have already given up, reformatted their hard drives and reinstalled their 32-bit version of Windows XP, just so that they can continue to use their printers, scanners and soundcards. Meanwhile, musicians who can't wait for the dust to settle are better off running a dual-boot setup with both 32-bit and 64-bit versions of Windows: they can then get up to speed with all the new stuff without losing the use of their favourite hardware or software. The 64-bit Windows revolution may have happened, but I suspect that the majority of users may wait until Windows' 64-bit 'Vista' operating system is released before taking the plunge.

I know that a lot of audio interface manufacturers must read this column, at least on an occasional basis. So here are a couple of feature suggestions for future products that I hope someone will act on.

First, and most important, over the last year I've heard of lots of musicians plugging their new audio interfaces into their PC laptops and experiencing the annoyance of a host of background noises related to hard-drive activity, mouse movements and graphic redraws.

These problems are all related to ground loops, and solving them often requires the user to place a DI (Direct Inject) box between the audio interface's output and the amplifier or mixer it's plugged into. Suitable stereo DI boxes start at about £20, but those with full galvanic separation (ie. using an output transformer) to guarantee that the problem will be cured tend to be more expensive — and if you've bought an interface with eight outputs, you'll need a DI box on each one, which is not an elegant or cheap solution. So the market is crying out for a manufacturer to launch a reasonably priced USB or Firewire audio interface with transformer-coupled outputs.

The second feature that I feel many musicians are crying out for is an analogue monitoring output with a hardware level control, so that the interface can be plugged directly into active monitor speakers. More and more musicians are finding that they don't need a full-blown analogue or digital mixer to handle their inputs and outputs, since these are all directly connected to the interface. So the sensible solution is to connect the main output of the interface directly to the power amp and speakers, which has the added advantage of keeping the signal path simple, After all, most small mid-priced mixers (£500 to £1000) colour the signals passing through to a small extent, while budget ones can make even more of a difference, as you'll soon hear if you temporarily bypass them.

The problem with direct connection at the moment is that the only control you have over output level is generally from the software Control Panel utility of the interface. Such level controls are almost always in the digital domain and therefore degrade the audio signal once you turn them down. You also run the risk of this software control accidentally defaulting to its 0dB level and damaging your amplifier, speakers or (worse) ears.

Many interfaces already provide a headphone output with an analogue level control, but these are not only unbalanced (giving rise to possible ground-loop problems again, if plugged into mains-powered speakers), they also often use a lower quality output stage than the main one, optimised for low-impedance headphones. You can, of course, buy dedicated DAW Controllers with large knobs, extra talkback functions, a clutch of switched stereo inputs (for adding CD players and the like) and switched studio monitor outputs for listening to the mix on several speakers, but many musicians don't need all these, or the extra expense. No, what we want is a handy, high-quality analogue output-level control on the interface monitor outputs, and preferably a stereo/mono button as well. These would cost very little to implement, but I guarantee that they would be a big selling feature. Over to the manufacturers... 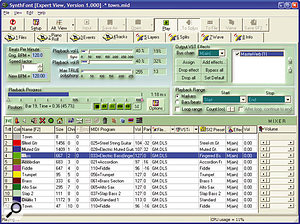 Got any Soundfonts lying around that you haven't been able to hear since you abandoned an old Soundblaster soundcard? Try the stand-alone Synthfont (and the VSTSynthFont Instrument) for quickly accessing those sounds. Soundfonts... now there's a word that should conjure up fond memories for many PC musicians. Having a hardware-based, multitimbral sampler on your Creative Labs Soundblaster soundcard, courtesy of Soundfonts, was incredibly useful, and many musicians were disappointed when they upgraded to more exotic audio interfaces and found they could no longer use their collection of Soundfont sample collections. Admittedly, Microsoft do include their GS Wavetable synth with Windows, for basic playback of MIDI songs, but this is no substitute for being able to use your own collections of samples.

Well, fret no longer: Synthfont is a freeware tool, written by Kenneth Rundt, that emulates Creative's sampler in software, so that you can play back all your old MIDI files that used Soundfonts. The stand-alone version offers a huge range of different windows, including a Files/Explorer window, a Piano Roll, and an Event display, and offers control over SF Layers, Splits and Waves, with various basic recording and editing functions so that you can enhance the end result. Even better, you can incorporate VST plug-ins into your old songs to beef up the Soundfont instruments, or replace them altogether with VST Instruments, and there's a separate prototype Soundfont Editor to try out as well. For those who have lots of Soundfonts but prefer to use a VST-compatible sequencer, Kenneth offers the freeware VSTSynthFont, a VST Instrument into which you load Soundfonts and use as a multitimbral sampler (just drag the DLL file into your VST plug-ins folder). His web site also includes links to hundreds of free Soundfonts. Don't assume that the Soundfont standard implies low-quality sounds. In my time I've reviewed several SF libraries that were also released in the 'more professional' Akai format, and have imported some of them to use within Gigastudio. Point your browsers at www.synthfont.com/.