It doesn't do to get too precious about audio quality. In fact, sometimes a bit of lossy compression might be just what your music needs. 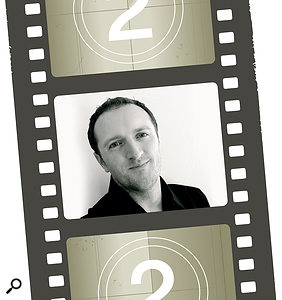 The greatest debut album of the past decade is, by a considerable margin, Absolutes by the Seattle‑based band Barcelona. By the time this article is published I fully expect the delicate genius of their lead singer/songwriter Brian Fennell to be self‑evident to everyone.

But there's a catch — at the time of writing, their debut album is not for sale in the UK, nor available on UK iTunes, and all of the people I have been running up to in the streets trying to tell about the anonymously wondrous miracle of their music just look at me as if I'm wearing a hat made of cheese. It is, after all, hard to be enthusiastic about something you can't buy on‑line from Tesco. So how do I know about them? Well, it's a long story, involving my network of cool rock & roll connections, insider information, sexy showbiz parties and an unparalleled life of privilege, which can be boiled down to: "I heard it on YouTube.” 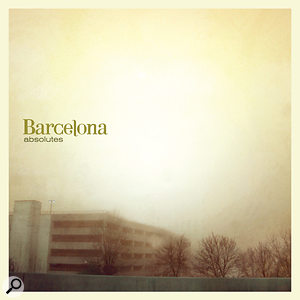 Barcelona's debut album Absolutes, as not sold in the UK. Still, what you really want is the YouTube version...

Whoever uploaded the handful of tracks I found on there should be ashamed of themselves. It's bad and it's killing music. Just look at the damage done to the music industry by all those people hunched over cassette machines recording songs off the radio in the '80s and '90s. It'll take the industry decades to recover from those terribly lean years. Right, kids?

As it happens, I could only find seven of their songs, and played them over and over for weeks on end. They sounded glorious. Then I managed to import their CD from the US and bought a copy and half a dozen others for my friends. It was only then that I realised that the seven tracks I had originally fallen in love with, staggeringly, weren't even the strongest tracks on the album! Unbelievable. I was in heaven.

When It Comes To The Crunch

But something wasn't quite right. The CD sounded a bit pale — a bit soft, and too clean. What was going on? It was the crappy lo‑fi quality of the YouTube files I had fallen in love with. Crushed, bit‑raped, flashed and compressed to hell and back, there was a crunchy immediacy to them that I had warmed to. For the first time ever, I understood why people still buy vinyl records or studio gear with valves in. It's the imperfection that makes it perfect.

All of my music is sent to clients as high‑bandwidth MP3s, and most of the time these are perfectly acceptable for broadcast. I struggle to tell the difference between a good MP3 and a WAV in my studio, and out of a TV speaker, it's impossible. TV broadcast dubbing mixers sometimes get all stroppy and demand WAVs, but if you can get past this group of audiophiles you're laughing. MP3s sound great, and when you are sending tons of cues to a production, it certainly speeds up the whole process. Twelve megabytes for a 20‑second track? With the crap so‑called 'broadband' I get round where I live? Don't think so.

Quality is one of those subjective, floating, non‑specific words like 'ugly' or 'Microsoft Operating System', and as far as audio is concerned it's worth keeping in mind that less doesn't necessarily equal worse.