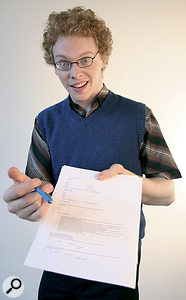 "Great news! Greedy Bastard TV now has a publishing division, and we'll be delighted to represent you...”

Here's how it's supposed to work. You have a deal with a publisher, you write a piece of music, and typically its earnings are split 50/50 between you both. Once you have finished your bit (the composing), the publisher does all the work looking after, exploiting, promoting and negotiating deals based on that piece. If a third party wants to use your music in a commercial, or film, or whatever, they talk to your publisher. Your publisher is also in charge of checking that performance royalties, from TV and radio play, and mechanical royalties, from the sale of CDs and DVDs, flow straight to you. This might sound simple, but in this global media age, with works playing all over the planet, trying to get the Russian or Mexican equivalents of the Performing Rights Society (PRS) to tell you how often a particular work has been played on their TV stations is no easy task. But that's where they earn their cut. Your publisher fights for the strongest deal he can because he stands to benefit as much as you do.

Call Yourself A Publisher? 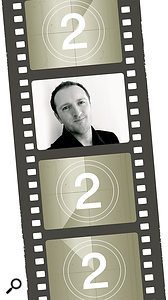 As royalty-collection methods become computerised and more efficient (the UK's PRS, incidentally, is one of the very best in the world), you might think that some bright spark could simply set up a little business, call himself a 'publisher', persuade, coerce or bully some unwitting composers to assign the publishing to him, and wait for the money to roll in.

It took TV companies about three minutes to figure out this little ruse, which is why virtually anyone who commissions you to compose music these days will have a 'publishing division', and you won't get the job unless you sign the music to them.

In one sense it doesn't matter to you, because you get your 50 percent regardless of who is the publisher. But 50 percent of what? Imagine you compose the theme tune for a little show made by Greedy Bastard TV. They, or rather their 'publishing division', Greedy Bastard Tunes, demand the publishing. And you give it to them because you want the gig, right? Now, imagine the show is a huge success round the world, and they decide to make a spin-off movie, video game and soundtrack album all featuring your music. How much of a fight do you think Greedy Bastard Tunes is going to give Greedy Bastard TV over the negotiations? Bear in mind that both parties will be represented here by the same person: an employee of Greedy Bastard you've never met, who couldn't give a rat's arse about you.

It's Not Right And It's Not Fair!

Good people are fighting very hard to persuade our government and the EU to clamp down on this obvious coercion and conflict of interests. Leading the fight is David Ferguson, Chairman of the British Academy of Composers and Songwriters. We need to offer our support and unity on this issue, because it can only be a matter of time before we hear that Greedy Bastard TV has a new division called Greedy Bastard Co‑Composing Ltd. Then, ladies and gentlemen, it will be time to retrain as plumbers.