What's more humiliating than working for nothing? Jumping through hoops to work for nothing... 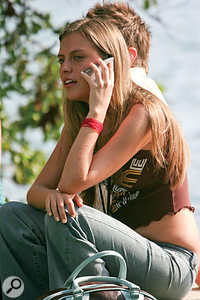 "Hello, yeah, is that George Clooney's agent? Just wondering if he might be interested in auditioning for our short film, can he make it to Australia this afternoon?”

This hilarious gem appeared recently on a TV and film production web site. I've paraphrased slightly, but you'll get the idea:

We are looking for a talented film composer who can write a score for our short film. It's short notice, as this would need to be completed by tomorrow so it can go off to a festival. Please get in touch if you can realistically do this. We look forward to hearing from you with examples of your previous work. No fee, but we pay expenses and of course you get exposure if the film does well.

It's a short drama about a child trying to succeed in the face of abuse.

My first thought was for the actors. Presumably at least one of them would have had to have been a child and my only hope was that the abuse they were trying to convey on camera wasn't similar to the indifference being meted out by the film-makers to other members of the production. Do you think, like the composer, the kid was only told he'd be in a film the day before the cameras rolled?

What I love best about this posting, though, is that it clearly comes from discerning film-makers who take pride in working only with the best people. Why else would they demand to see everyone's showreel before allowing anyone to view their precious reels of footage? Clearly they understand that there are far too many people clogging up this industry claiming they can write to picture, but so few really can deliver a finished, mixed and mastered score to the exacting standards of this caring and creative team. By lunchtime tomorrow.

Don't get me wrong: personally, I like deadlines. Deadlines are usually your best friends. The worst kind of jobs are the ones that have painfully protracted production periods, where every hi-hat and viola is subjected to approval by committee, and the reworking and tweaking can go on for months. Give me a big scary deadline looming on the horizon any day, and you'll see some grace under pressure. Also, I have no problem with doing no-budget favours for projects that wouldn't happen at all without goodwill. Everyone is looking to add something interesting to their showreels, and there are certainly more reasons for doing something musical, worthwhile and creative than just money.

What is disturbing about this 'offer' of 'work', though, is the blatantly stated assumption not only that composers are ten-a-penny and should be happy to even be asked to participate in a project for no money, but that they first have to jump through a few hoops to prove themselves worthy of this honour.

Film festivals are planned months and months in advance. Every word, sentence and comma in the script for this project was, presumably, pored over and revised for weeks before the tripods were set up, and yet the music appears to have been given about as much consideration, respect and thought in the creative process as what colour socks the director might choose to wear at the screening.

It's tough out there, and for composers, this situation is the equivalent of the infamous producer's casting couch. There are lots of pretty actresses waiting tables, and we all know it. We are all as scared and as desperate as each other. We should beware of things like this, not only because they represent bad business, but because they're humiliating. When the film in question is about "trying to succeed in the face of abuse', most of us are probably all too qualified.