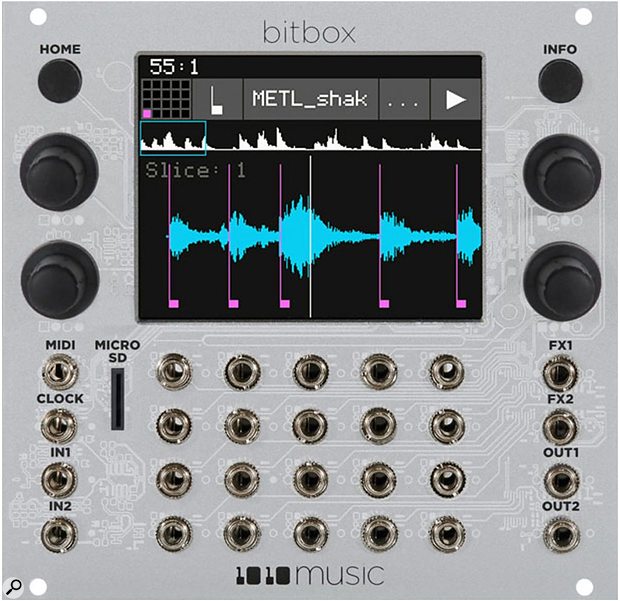 West Coast synth boffins 1010music have announced the bitbox Mk2, an update to their popular Eurorack-format sampler. This revised model features double the processing power of the original, ups polyphony to 24 notes, and adds a new granular mode. The touchscreen has also been revised, allowing for better viewing angles.

Weighing in at 26HP, the bitbox Mk2 has 64MB of internal memory, but can access up to 256GB of audio via its microSD card slot, and features multiple clip-launching modes, including one-shot, toggle and gate. The touchscreen can be set to show 16 pads for real-time triggering, or you can set the samples off via its MIDI or analogue CV/gate inputs.

Though designed to work as part of a modular synth setup, the bitbox Mk2 can also play nice with computers, allowing you to import bitbox Mk2 presets straight into Ableton Live.