Akai let Timbre Wolf and Tom Cat out of the bag 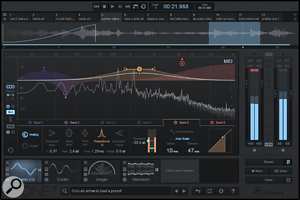 Akai Timbre WolfIt was only nine months ago that Akai Professional took the music production world by surprise with the announcement of the Rhythm Wolf, and now they're following up with two more similarly animal-themed instruments.

The Timbre Wolf is an authentic analogue four-voice polyphonic synthesizer. Configurable as four mono synths, a four-voice unison or a four-voice polysynth, Timbre Wolf includes a professional-quality 25-key custom Akai Pro keybed. The user can easily customise the sound of each voice independently as they play, and there is a 32-step sequencer for each voice. An LED display and Octave +/- controls add further control and flexibility for the user. 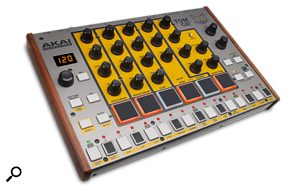 Akai Tom CatTom Cat is a true analogue drum machine with five built-in percussion voices, including Kick, Snare, and Clap sounds with chromatically tunable Disco Toms. Onboard controls, all of which are continuously variable, enable users to customise the tuning, amplitude envelopes, and volume of each drum voice separately for precise real-time adjustment.

Akai Professional Product Manager Dan Gill notes, “With our new introductions of Timbre Wolf and Tom Cat, we’ve put those classic analogue synthesizer and drum machine sounds directly into the hands of today’s musicians. Our goal was to make a compact analogue polyphonic synthesizer / keyboard and an analogue multi-voice drum machine that easily integrate with both modern and vintage music equipment, so musicians could effortlessly bring that great analog sound into their music. That’s what these two do and the creative potential they open up is endless.”

We'll be trying them out at the NAMM show so keep you eyes peeled for video demos.